/sites/all/themes/penton_subtheme_itprotoday/images/logos/footer.png
Recent
Recent
IT Pros Aren't Missing the Office
May 16, 2022
25 Years Ago: How Deep Blue vs. Kasparov Changed AI Forever
May 13, 2022
Create If Else Statements in PowerShell
May 12, 2022
Low Code: Satisfying Meal or Junk Food?
May 11, 2022
Featured
What Makes Data Science Teams Thrive
Mar 04, 2022
5 Ways for Data Scientists to Improve Communication Skills
Apr 21, 2022
How to Spot the Warning Signs of Ransomware Attacks
Apr 20, 2022
Best Windows 11 Tips and Tricks: Top 11 Articles
Mar 18, 2022
IT's Biggest Stories of the Year
brought to you by 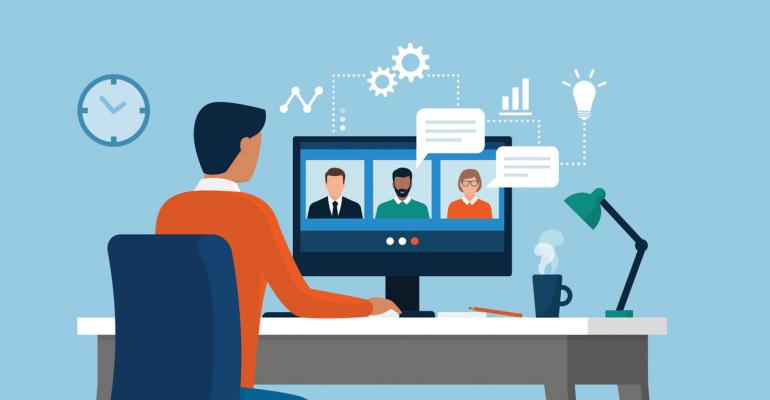 When 2020 began, no one could have predicted the year that has been experienced by so many in tech. We look at how enterprise productivity platforms, low-code/no-code tools and renewed Windows 10 update cycles helped define this year in IT.

This has not been the year everyone thought when the calendar first flipped over to January 2020.

As 2019 closed out, the focus of my end of year prognostication honed in on the idea that the tech industry was moving into a post-operating system world. And in 2020, remote access to most services did demonstrate that platform agnosticism was here to stay: Access to enterprise productivity tools – including chat, video conferencing and collaboration platforms – was not contingent on whether an end user was on a desktop, laptop or mobile phone. Also inconsequential was what operating system that device might be running to access those services.

Platform agnosticism also included the idea that enterprise-level management of infrastructure and services was moving outside the organization and into the cloud. As a year of living with – and working through – a global pandemic unfolded, it turned out that companies that had already invested in the cloud were more prepared to have the majority of their workforce begin working from home compared to their counterparts who were not yet all in on the cloud.

So what were the big stories in a year where the notion of workforce productivity was both challenged and scrutinized like never before? These were the three that stood out – and are likely to continue shaping IT into 2021.

This year, Microsoft made a significant push to incorporate their time management and task management tools into their collaborative workspaces. In a time when employees are adding much more screen time to their workday, being able to access to-do lists and manage calendar commitments without having to jump to those specific apps was a big help.

Some of the enhancements added to Microsoft Teams (the top enterprise collaboration and productivity tool) this year include:

The idea behind low-code/no-code tools is not new to 2020 but the pandemic has certainly increased their usefulness as remote employees look to automate the multitude of tasks they work with each day.

Third-party services like If This Then That (IFTTT) and Zapier have long been providing the means to create sequenced steps to accomplish these processes. In 2020, the big cloud providers decided to incorporate the same taskflow-creation and automation tools into their enterprise offerings for end users. Consider these moves by Microsoft, Google and Amazon in 2020, which were so big we dedicated three separate articles to them:

Much like the collaborative enterprise productivity tools, expect these low-code/no-code tools to expand and gain more functionality into 2021 as this trend continues to be solidified across multiple sectors.

This year, Microsoft celebrated the five-year anniversary of the release of their primary client operating system – Windows 10. There are now six versions of Windows 10 that get updated monthly, with two larger semi-annual updates each year.

Microsoft has settled into a release cycle that is more accommodating of enterprise customers by making a full feature update and new OS-level features available in the first half of the calendar year, followed by a smaller stability focused cumulative update in the second half of the year.

These semi-annual updates continue to receive 18- and 30-month support cycles respectively after their releases. This allows enterprises to perform major OS updates just once every three years or so instead of every 18 months but encourages users to adopt the smaller cumulative update more frequently since it does not make major additions to the OS.

Stability and a steady set of features is preferred in the enterprise, which makes this new update cycle very palatable. In addition, it helps to reduce the potential disruption because 12 months can be spent focusing on the introduction of new features rather than a short six-month development cycle.

This year Microsoft also made changes to their Windows Insider for Business program by establishing a new three-channel-preview build release structure to accommodate the new semi-annual update release schedule. Now, rather than naming their releases based on a perceived promise of how often those preview builds are released, they now focus on stability and quality in the channels. This change allows IT pros to better focus their efforts on testing upcoming releases that will be more beneficial to their organization.

After five years, Windows 10 is not going anywhere and will be the flagship operating system for Microsoft in 2021 and beyond. All those cloud services and dashboards for managing them must be viewed on a computer and the pandemic has resulted in a bump in PC sales as a result. While that bump may not last, Windows 10 is now a familiar and stable environment with its five years of development and enterprises prefer those traits to anything else when it comes to operating systems.