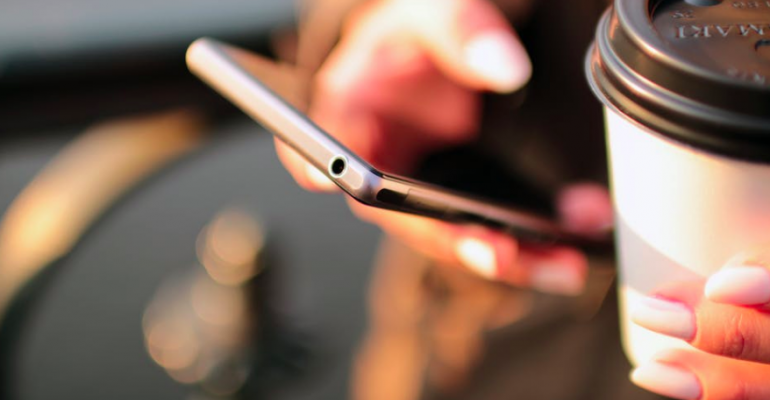 How to Reach a New Generation of Customers? 2 Words: Mobile Text

Businesses must integrate mobile text into business software and practices to meet--if not exceed--customer expectations.

As organizations look to communicate with a new generation of customers--and workers--text-based communication is poised to make a splash in the enterprise. Elements of texting and chat are likely to spread in employee-to-employee and business-to-customer interactions, according to analysts and executives.

“Text is pervasive in every business segment today,” says Jon Aniano, chief product officer at CRM maker ProsperWorks. “Employee teams are texting each other on mobile devices to quickly solve business issues. Customer-facing teams are texting to improve their relationships with both prospects and customers. The simple fact is that business software and practices have not kept up.”

Michael Finneran, president of wireless and mobility consulting firm dBrn Associates, recently led a panel at the Enterprise Connect conference in Orlando that looked at incorporating mobile messaging in the enterprise.

“Chat’s one of the greatest inventions we’ve had in the last 50 years,” Finneran said. “You can answer immediately or you can answer two hours from now. You can do it  when you're waiting for the bus, or whenever you get around to it. It's like found time, when time is precious.”

IT experts expect that new interfaces will be in demand as millennials enter the workforce and expect to have the tools they grew up with also let them get work done.

“We’re seeing changes in work styles and preferences,” said Eliot C. Arnold, principal consultant and cofounder at business intelligence firm CrunchData. “Millennial workers are much more accustomed to chat-based interfaces and less to structured interfaces. Messaging services are becoming an important part of interactions with other workers and business applications. Text is central to that medium.”

Aniano points out the the new generation of workers has never used email for personal communication. “And they reject it for business,” he added. “Apps like Slack, Google Hangouts Chat and even Microsoft Teams are helping to normalize the behavior of short personal messages among employees and in business relationships. The ease with with messaging apps--iMessage, Google, Android, Facebook Messenger and SMS--are built into devices of choice makes it too easy for employees to switch to those apps when communicating both internally and externally. You can iMessage money to friends, and it’s just the beginning. Communication apps like Dialpad for Google also take on a unique approach to SMS from any personal device, and many businesses are adopting this model.”

Aniano and Finneran both pointed out the prevalence of WeChat for business use in China, where nearly 1 billion users communicate with each other and perform e-commerce functions like making payments or booking travel and taxis.

“Line [a freeware app] is following closely in other Asian countries,” Aniano said. “Companies like Dialpad allow employees to message prospects, customers and employees in a natural way.”

The number of users isn’t the only eye-popping metric related to WeChat, says Finneran.

“One of my favorite stats on WeChat is that better than 50 percent of their users spend over 90 minutes a day on it,” Finneran said. “You know what a hook that is from a marketing standpoint? Ninety minutes a day with one app? That's the goose that laid the golden egg.”

Apple is looking to make gains in this area by introducing Apple Business Chat, a new tool for businesses to communicate directly to consumers as well as process transactions.

“WeChat --  that's the model for that,” Finneran said. It’s what all the contact center guys are looking at now. That's the new model for B to C. WeChat started with the chat application, then they added all this other stuff and created an ecosystem for which we don't have a parallel in the U.S. market.”

Finneran points to the next big thing in text, especially for business use, is the adoption of the follow-up to SMS, the next-generation RCS (Rich Communication Services) protocol. “It now includes all the nifty features you get with Whatsapp and Apple Messages and Blackberry Messenger before that,” he said. “So you can see when the other guy’s typing, you can put text in and you can have group chat. So it's kind of the enhanced SMS.”

Carriers are in the process of adopting RCS on some Android phones, with Sprint and T-Mobile, with Verizon and AT&T to follow.

“The problem is, Apple won’t play,” says Finneran. “Apple actually has a disincentive to get involved. Apple’s worldview is, yeah, we're a walled garden, but with the best walled garden you’re ever going to have. So you went in, you play by our rules. Now if they can continue to enforce that, that'll be very good for Apple.”

Apple supports SMS in its Messages app, but lets you know it's the bare bones version of texting, Finneran points out.

Finneran thinks it's unlikely that Apple will abandon its proprietary messaging protocol to adopt RCS, though some businesses -- especially call centers -- would benefit from use of the new standard.

“The text market is breaking into something multifaceted with all the complexity we have with anything in IT,” Finneran said. “The problem is the good [apps] are locked up. They know they've got a good thing and they're not willing to share it with anyone else on the basis that everything's access and if you've got a guy using your text platform that's great access. It’s multifaceted and you've got a you've got a dedicated audience. That's the sort of benefit people pay tens of billions of dollars for.”

Finneran says the most interesting plays in the future of text are going to be on the business-to-consumer side.

“Companies spend money on that because that's where they make their money,” he said. “Who cares whether my employees are sending each other IM messages as long as they get the work done? This other thing pays the rent.”