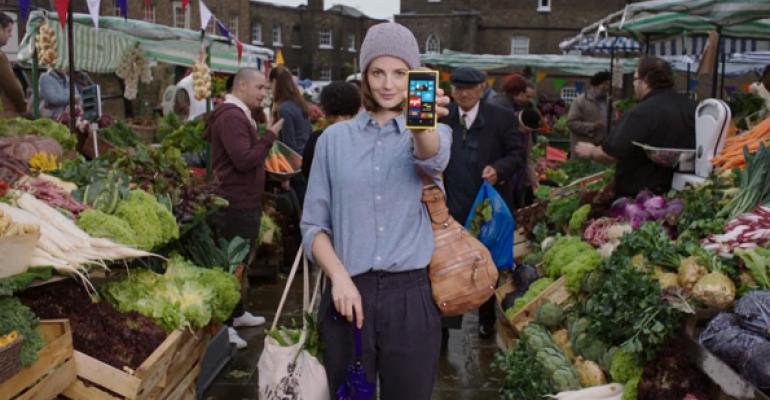 My recent evaluation of the Nokia Lumia 920 has triggered a reevaluation of where Windows Phone 8 is at from a handset perspective compared to modern Apple and Android competitors. And despite some impressive wins in the Windows Phone, mostly thanks to Nokia, this platform still has a ways to go. Here’s what I’d like to see in 2013.

I can’t claim to have used every Windows Phone 8 handset yet, but I’ve used a bunch of them: Here in my home office, I’ve got Nokia Lumia 920, 820, and 620 devices, plus an HTC Windows Phone 8X, and I’ve also reviewed (and sent back) Nokia 822 and 810 handsets. (I’ve also got a Nokia Lumia 720 on order from Expansys.) I’m obviously pretty serious about Windows Phone.

I can say this. The current generation of devices has rallied around a fairly common set of hardware components. The high-end devices feature dual-core 1.5 GHz processors, 1 GB of RAM, 32 GB of internal storage and an HD-class display (1280 x 768 or 1280 x 720). The mid-level devices typically include the same processor and RAM, but less storage, albeit expandable via micro-SD, and an 800 x 480 resolution screen. On the low-end we see 1 GHz processors and 512 MB of RAM. That’s pretty much the range.

Does this even have legs? Let’s talk specs.

Strangely enough, I see no huge difference between the supposedly low-res 800 x 480 screens used on mid- and low-level Windows Phone handsets and the HD-class displays used on the higher-end models. That’s day-to-day, I’m sure those who spend a lot of time gaming would appreciate the higher resolutions and, as important, bigger screen sizes.

But here, Android in particular is outpacing Windows Phone in important ways. Android devices are available in an increasingly diverse range of “phablet” screen sizes that well exceed the biggest Windows Phone screen, the 4.5-inch, the 1280 x 768 display used by the Lumia 920. Today, you can choose from many Android systems with 5-inch or bigger screens, and 1080p (“full HD”) is increasingly common.

Windows Phone needs to adopt bigger screens and higher resolutions. And, sure enough, according to recent rumors, this is coming. And I’ve received (unverified) about a Lumia “phablet” that will ship in Q4 2013. Cross your fingers.

Windows Phone 8 is a different thing entirely. Now based on the same NT kernel as Windows 8, Windows Phone 8 can very much take advantage of multiple processor cores. But in the first generation of devices, there is one constant from a processor perspective: They’re all dual-core processors. Rumor has it that the first quad-core Windows Phone 8 handset will appear in late 2013. And while current handsets aren’t exactly laggards—and we must always consider battery life implications—more cores can’t happen quickly enough. This is one area where Android, again, is racing ahead.

As with the processor, today’s Windows Phone 8 handsets can now take advantage of copious amounts of RAM, but the first generation devices all ship with 512 MB or 1 GB of RAM. This needs to go up: A Samsung Galaxy Note 2 today has 2 GB of RAM and the Galaxy S4 will ship with 2 GB as well.

This one kills me. While the iPhone 5 and a small handful of Android phones boast excellent cameras, the best Windows Phone 8 handset camera, that found in the Lumia 920, is only very good overall. (It is excellent and in some cases, like low-light conditions, can even surpass the iPhone 5.) Most Windows Phone 8 cameras are just good, however. Optics is one area in which Nokia has a particular expertise, and the firm’s phones do tend towards the high end of the scale. But this is still an area in which Windows Phone falls behind, and I’m surprised that’s still the case.

If you care about camera quality, you have only one choice in the Windows Phone 8 world: The Lumia 920. But that camera should be in virtually all of Nokia’s devices. And the Lumia flagship needs an even better camera.

There are two areas where Windows Phone 8 actually surpasses the competition across the board: Support for NFC and wireless charging. Here, too, Nokia comes out ahead: All of its phones support NFC (even the lowly 620), and most of the Lumia handsets that don’t support wireless charging out of the box can be upgraded with an inexpensive snap-on cover. (The HTC 8X supports wireless charging only on Verizon.) Android phone makers are adopting these technologies and Apple, as ever, is far behind in supporting actual standards.

Looking forward to the second half of 2013 and the second generation of Windows Phone 8 handsets, I see the need for quad-core processors, 1 to 2 GB of RAM, 32 GB of internal storage plus 64 GB via micro-SD, and a 5-inch 1080p screen as the new standard for a high-end device. Is this a rough description of a Nokia Lumia “phablet,” a Lumia 1020, or whatever, which might ship in time for Holiday 2013? I hope so, because the Android world, in particular is racing ahead and, let’s face it, Apple’s customers would buy anything.

An ad for Windows Phone 8 actually starts off with the line, “we’re not for everybody.” That’s great marketing, Microsoft. Windows Phone needs to be for everybody. And that starts with a diverse range of devices that matches and exceeds that offered by the competition. The software is already superior. Now the hardware needs to catch up too.

But this isn’t about matching specs. To be competitive, Windows Phone must have devices that meet the expectations of customers. And these days, that means a range of offerings that includes phablet-class hardware with a kitchen sink of components. And let’s be serious, no one should trust HTC or Samsung to rise to that particular challenge. Nokia already has the most complete and comprehensive lineup of Windows Phone 8 handsets. This one, alas, is almost entirely on Nokia.

I can’t wait to see what they come up with.