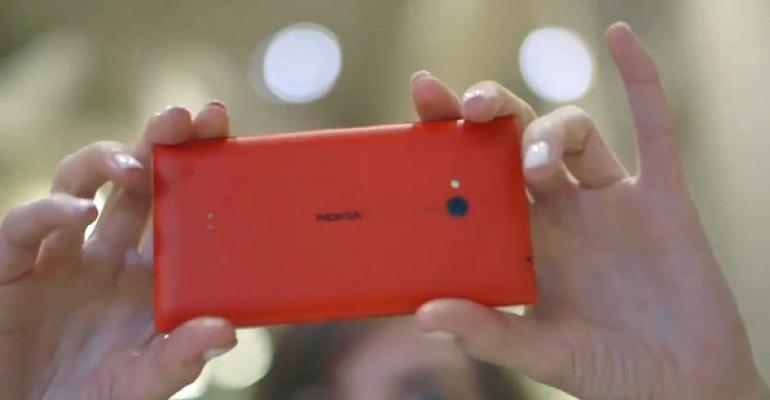 Two months after previewing the second minor update for Windows Phone 8, Microsoft this week fully documented what we can expect, indicating an imminent release. General Distribution Release 2 (GDR2), as the update is imaginatively titled, will ship this month on new devices and in August for existing Windows Phone 8 handsets.

Back in May, Microsoft announced that GDR2 was coming with the Nokia Lumia 925, though the firm never used its official name. (The Lumia 925 ships on T-Mobile starting next week.) It will also be included on the Nokia Lumia 1020, along with a Nokia software update codenamed Amber which some people have mistakenly comingled with GDR2 from a features perspective.

In May, Microsoft said that GDR2 would include “a small number of improvements and upgrades” such as FM radio (previously part of Windows Phone 7.x), Data Sense (previously exclusive to Verizon handsets in the US), a few Xbox Music UI improvements, and support for CalDAV and CardDAV, which at the time were a requirement for Gmail/Google Calendar interoperability.

This week, however, the company got a lot more specific and posted information about GDR2 to its Windows Phone 8 Update History page, giving us a much better view of what’s happening. Here are the changes coming in GDR2:

Xbox Music. It's now easier to select, download, and pin music. Plus, music fans will see more accurate metadata (such as song and album information) and many other performance improvements.

FM radio. Listen to FM radio right from the Music + Videos hub. (Not available for all phones.)

Data Sense. Stay on top of your phone's data usage with Data Sense. You can set a limit based on your data plan, or just keep track of which apps use the most data. (Not all mobile operators offer Data Sense.)

Internet Explorer. Your web browsing experience is now better than ever with improved HTML 5 compatibility.

Camera. Set your favorite Lens so it opens automatically when you press the camera button. (Not available for all phones.)

Naturally, since this is Windows Phone, we have questions. And most of these questions involve the timing and delivery of software updates, an issue that has continued to bedevil the Windows Phone community since the release of the original platform in 2010.

When will existing users gets GDR2? We know that the Lumia 925 ships with GDR2 and that the 1020 will when it arrives later this month. But what about the rest of us? Given how slowly updates to Windows Phone 8 arrive from the carriers, when can we expect GDR2? I’m hearing August, generally. But you know how that goes. Right: Maybe never.

Will GDR arrive with other updates? Yes it will. Because of the expense to carriers of testing and shipping updates, GDR2 is arriving with a host of other firmware, driver, bug-fix and security updates that will vary from device to device and from carrier to carrier. (This explains the delays in getting GDR2 and all other software updates out, by the way: GDR2 was RTM’d in April.)

When will GDR3 ship? Since GDR2 has been sitting complete in Redmond for months, it’s reasonable to assume that the follow-up to GDR2, imaginatively named GDR3, won’t ship until the end of the year. And since Windows Phone 8.1 won’t ship until 2014 (see below), it’s further reasonable to assume that Microsoft might publicly claim that GDR3 (which, like other Windows Phone 8 updates, is cumulative and will include the changes from previous GDR releases plus whatever other updates have occurred) is basically the 2013 release of Windows Phone and will thus kind of ship the other thing around the same time as it has historically shipped its annual releases: November. That’s just a guess. But it makes sense since so little else is going on here.

What about Windows Phone 8.1? Exactly. While almost nothing is known about the Windows Phone 8.1 feature set, we do know that it will not ship until the first half of 2014 and possibly as late as Q2 2014, alongside or nearly so to that recently announced (and stupidly named) Enterprise Feature Pack for Windows Phone 8. That’s a long time from now. It just is.