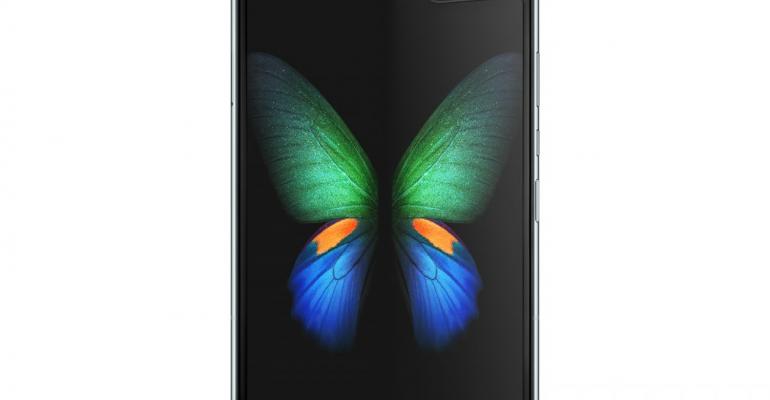 Samsung Can Learn From Apple That Boring Beats Sexy

With the smartphone business becoming so lackluster, it’s tempting to try push the boundaries just to drum up excitement. But most users want a product that works, and don’t need one that excites.

Seriously, when they don’t explode or peel apart or simply turn to black, the Samsung name represents solid, reliable devices with good hardware and nice software.

That’s why its decision to delay the launch of its first foldable smartphone shows that these gimmicks may be more hassle than they’re worth. The Fold was never likely to be a huge revenue or earnings driver. It was merely a chance to show off what the South Korean company could do. Unfortunately, Samsung has simply proven that it can’t actually do foldable phones after all.

This poor product execution comes a little more than two years after the release of the exploding Galaxy Note 7, a device that earned the rare honor of being banned by name from airlines around the world. As predicted, consumers forgave Samsung and were more than willing to revisit the brand after that dust had settled.

Not only could the Samsung brand do without this kind of trauma, the company’s financials don’t need the risk-taking. Another smartphone product failure would be costly, and as my colleague Alex Webb wrote last week, could poison consumer appetite for foldable phones overall. Besides, the company makes buckets of money elsewhere.

Let’s remember that Samsung is a global leader in the key components used in electronics — displays and memory chips. Granted, these are cyclical and unstable businesses, yet Samsung’s solid execution has allowed it to continue making money when smaller rivals have lost money or gone belly up.

This in-house supply chain is a competitive advantage no other company in the world enjoys.

To leverage that, Samsung would be better served focusing on solid execution of reliable products rather than trying to be novel with untested technology.

Its longtime rival, Apple Inc., is a good example of that strategy. Rarely the first to utilize new technology, Apple has been content to watch others implement OLED displays, facial recognition and 4G. When its iPhones do finally catch up, they execute with nary a hiccup.

Along with its walled-garden iOS ecosystem, it’s this boring (sorry, Apple) but dependable product approach that allows consumers to feel comfortable knowing that the latest iPhone won’t be a lottery. It’s when Apple has strayed into new territory that it hit product problems (just think of antenna gate and scratch gate).

With the smartphone business becoming so lackluster, it’s tempting to try push the boundaries just to drum up excitement. But most consumers want a product that works, and don’t need one that excites.

In February I wrote that foldable handsets from both Samsung and Huawei Technologies Co., selling for $2,000 and $2,600 apiece, were really more like concept products than consumer-ready devices. That was even before I knew that the Fold would be beset with issues.

Having recovered from the saga of exploding phones, Samsung should be careful consumers don’t start muttering, “Fool me once, shame on you; fool me twice, shame on me.”