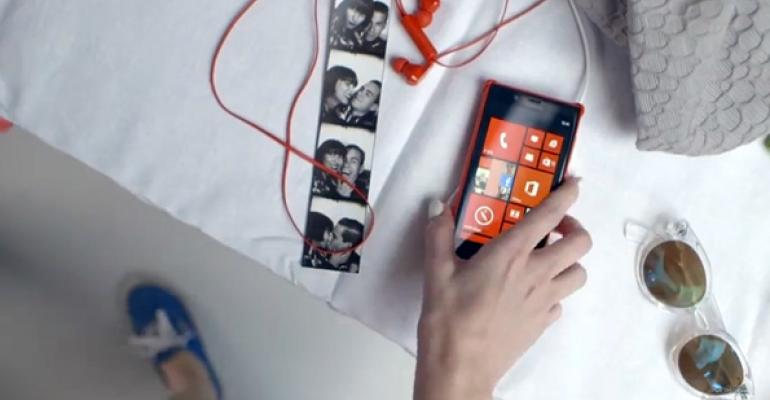 I could tell there was something special about the Lumia 720 long before I was able to experience it in person. Launched at Mobile World Congress in February, the handset became available internationally a few months later, and Nokia has no plans to ship it in the United States. And that’s too bad: The Lumia 720 is a superior mid-market smart phone, and even beats out high-end hero phones in some cases.

Indeed, I was quite curious whether the Lumia 720 could displace my day-to-day use of a Lumia 920, which until very recently was the clearly superior Windows Phone handset, and thus overall smart phone, available anywhere. (What’s changed? The Lumia 928 offers minor advantages over the similar 920, while the Lumia 925, which I’ve not yet reviewed, promises even further improvements, especially to the camera.)

Here’s the thing. While the Lumia 920 is of course incredible, it’s also thick, large, and heavy. And in using the 920, one of the things I’ve really missed about my previous daily driver, the HTC Windows Phone 8X, is its incredible form factor: The 8X is gorgeous, feels great in the hand, and is thin and light. Go figure, but the Lumia 720 provides exactly the same advantages. Could it be…?

In the US, Nokia has offered the Lumia 820 through AT&T (and a few variants like the T-Mobile based 810) as their mid-market options. The 820 is a solid phone with great expandability options, a removable battery, a decent camera, and a low, low price. As a more recent entry, the Lumia 720 might logically be seen as the 820’s successor (though, again, it’s not sold in the US), so while I was wondering whether it could replace the 920, a better comparison might be made with the 820. What the heck. I’ll do both.

For my initial hands-on peek at the Lumia 720, please read Nokia Lumia 720 First Impressions and Photos. Since writing that, I’ve spent a lot of time with at least two phones in my pocket, the 720 and the 920, and sometimes a third phone, either the Lumia 820 or the Apple iPhone 5. I’ve garnered strange looks from others as I repeatedly took the same photo of a handbag, plant, food item or whatever, using multiple devices. I’ve popped SIMs (and SD cards) in and out, have compared app load times and performance, and have gone back and forth, mentally, in my determination about which of these phones I prefer most.

That said, the 720’s camera routinely out-performs the 820’s. And while the 720 doesn’t offer a removable battery, it does have a 920-style unibody design that results in a device that is thinner, lighter and less dense than both the 820 and the 920. (And not that you’ll need to use it a lot, but the slide-out micro-SD card tray in the 720 is far more convenient than the one in the 820.)

I’d also point out that the slightly taller 720 just feels better in the hand than the stubbier 820. You can add a clip-on wireless charging plate to the back (mine is on order), where the 820 lets you remove its back plate and replace it with a version that includes wireless charging capabilities; both options add functionality, which is good, but also a splash of color if you want since they both come in several color choices. Also good.

Basically, choosing between the 720 and the 820—a theoretical argument for those of us in the US—comes down to a few issues. First, the camera, which is superior on the 720. Second, the RAM, which is important to game players, and where the 820 comes out ahead. And thirdly on network compatibility: Where the 820 offers full LTE 4G support, the 720 maxes out at HSPA+, a 3G/4G hybrid network type.

I couldn’t care less about games on a phone, for starters. But I care quite a bit about camera quality. The question comes down to that cellular network support: Is a very good camera (and a nicer form factor) more important than what will usually be just a subtle difference in connection speed?

Theoretically no. But in the real world—OK, the not-so-harsh streets of Dedham, mostly—the 720 seemed awfully slow to perform certain wireless tasks, especially app downloads. To be fair, this could be because I’m using an international device that is not optimally configured for the AT&T network I actually use (and the Cellular Settings tells me the highest connection speed it can obtain is 3G, which is what HSPA+ really is). But that’s the comparison I have to make.

One might assume that you lose a few things by moving from a Lumia 920 to a Lumia 720, and while that’s true enough, picture quality, curiously, is not one of them. Indeed, I was surprised, again and again, by how frequently Lumia 720 photos were equal to or even superior in quality to those taken with the 920. (To be clear, I’ve disabled the flash on each and made no other configuration changes.) This despite apparently inferior optics and a lower resolution. Indeed, most photos were quite comparable, and both devices take fantastic photos, especially in low light, but the 720 had the slight edge, mostly due to more accurate color reproduction.

Looking past the camera, the Lumia 920 offers a faster 1.5 GHz processor (though I never noticed any advantage to that), 1 GB of RAM, a superior 32 GB of internal storage (but no micro-SD expansion), and full LTE support. It also offers built-in wireless charging, which is frankly necessary once you start using it: You just can’t go back to wires. But it’s also a beast of a phone, and that becomes all the more obvious when you compare the device side-by-side with the 720.

As for the software I actually use, I only noticed one anomaly, and this was to the 720’s detriment: Where the 920 lets me use Nokia Here Drive+ Beta with the full global navigation license—meaning I can use and download maps from anywhere in the world—the 720 comes with a more limited regional license that only lets me use and download maps from the US, Puerto Rico and US Virgin Islands. Given my international travel, that’s a consideration. (That said, I do have multiple SIMs on AT&T, so this is surmountable for me, and I’ll certainly bring at least two phones when traveling.)

So despite the fact that the 720 is clearly a mid-market phone, I find that it stacks up really well against the high-end 920 despite some obvious holes: half the RAM, a slower processor and, perhaps most crucially, the lack of LTE networking. Sometimes smaller and lighter really is better.

If Nokia sold the Lumia 720 (with LTE) in the US, this handset would be a no-brainer: It combines everything I love about the HTC 8X with everything that’s superior about Nokia’s handsets. If you do live outside the US and are considering this device, know this: You can’t find a better mid-market Windows Phone handset. The Lumia 720 is it.

Here in the US, things are a bit more complex. The 820 is a solid phone, but it isn’t comparable to the 920 overall. And with Nokia starting to edge past the 920 on the high-end with the Lumia 928 on Verizon and the Lumia 925 on T-Mobile, that equation is getting more complex too.

For now, the best I can tell you is that the Lumia 920 and 720 are my favorite Windows Phone handsets and that each gets a place in my AT&T account rotation and will be used regularly going forward. For now, at least, I’ll keep the 920 on my primary number if only for convenience. But I find myself turning to the 720 more and more, and when the time comes for a reset, I may bring the 720 up from the minors, so to speak. (Of course, given what I do for a living, it’s possible that a new handset will arrive to further muddy things first.) I’ve certainly been moving in that direction, and if the wireless charging add-on doesn’t add too much bulk … you never know.