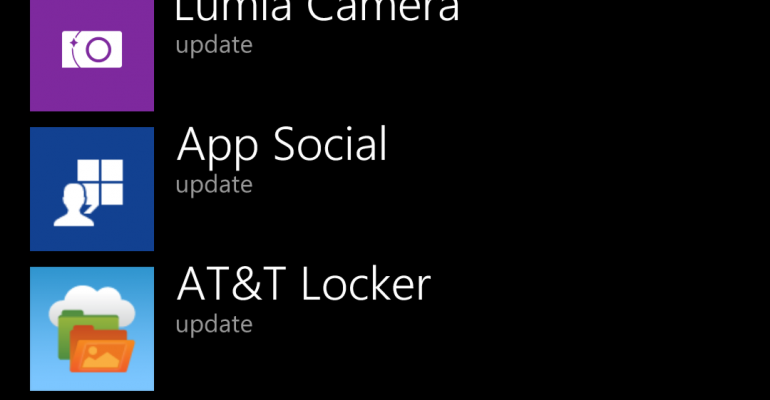 Yesterday the Internet simply went off the charts.

In between llamas on the loose, the color of a dress and those of us on AT&T finally receiving the long awaited Denim update for our Nokia Lumia 1520’s it was a crazy day.

Of course, I was on the road to Orlando to pick up my wife returning from a trip to Europe so I was unable to do much with the update when it hit the airwaves. Once I arrived at the airport in Orlando I did go ahead and download the update using the free airport Wi-Fi but held off on applying the update until we started our drive home.

I have never (knock on wood) had any problems with past updates for my phones but the last thing I needed was a non-functioning device as I coordinated meeting my wife.  There are some things you just simply do not mess around with.

I am happy to report though that once we were in the car and had it pointed towards home I started the update which only took about 10 minutes to complete.

We have already had many of the features of the Denim update through the Preview for Developers program on Windows Phone but the real jewel in this update is the firmware update that now allows us to use the new Lumia Camera app and it is fast!

Anyway, more on that later.

The reason for my post this morning is that I have a bone to pick with AT&T about this update.

Over the past week there has been a massive conversation about junk ware on our computers – you know – all of that unwelcomed stuff that is installed on a brand new device as you turn on the power switch as it comes out of the box.

Well it seems AT&T decided that I wanted to have a bunch of their default install apps on my phone after this update despite them having been uninstalled from the phone previously.

Of course, once these apps are listed as updates you can cancel them and hopefully not have them show back up at some point in the future to be installed but that is not the real story or solution here.

I had already made the decision to remove those apps from my phone so providing me an update to my phone operating system and firmware is not permission for you to force them back on me or any other user again.

Here is the list of pre-installed apps I was prompted to update after Denim was on my phone:

I understand that when I buy a brand new device there is some cleaning up to be done to remove the pre-installed items I do not want or use. However, when you blatantly disregard my previous decision to remove these apps and place them back on my device under the premise of an update – that is dishonest on many levels.

Respect mine and others wishes and don’t make us fend off your apps as updates.