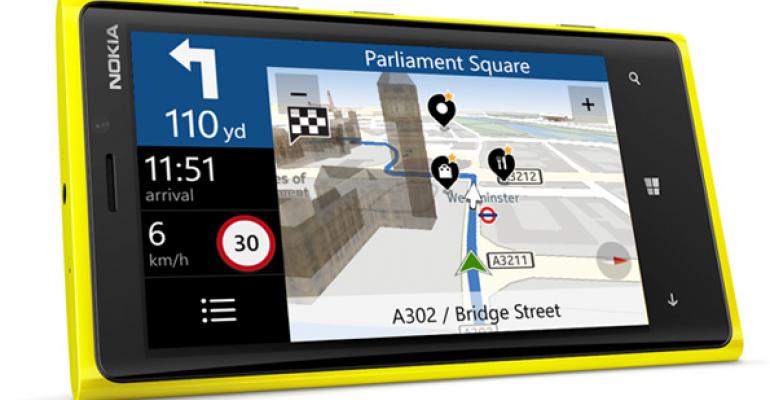 The underdog just came out on top for a change

After months of grousing about the lack of free turn-by-turn navigation in Windows Phone 8, I’m happy to report some good news for a change: Nokia today released a beta version of its long-promised and top-rated Drive+ app for users of all Windows Phone 8 handsets. Suddenly, what was once a Nokia exclusive is now available to everyone in the United States, United Kingdom, and Canada.

“The app remains in beta as the team fine tunes the customer experience,” Microsoft’s Michael Stroh writes in a post to the Windows Phone Blog. “In the meantime, you can access full turn-by-turn voice-guided navigation, offline maps, speed limit warnings, and conveniences such as day and night modes.”

I used the previous version of Drive last summer in Europe for three weeks and it emerged as our favorite navigation solution, beating out even the French GPS in the car we were borrowing. The app offers a ton of awesome functionality, including voice-guided turn-by-turn navigation, downloadable maps for offline use, speed limit warnings, favorite location saves, and much more.

You can download Drive+ Beta from the Windows Phone Store. Or visit Nokia.com to find out more and get support. Of particular interest, perhaps, is the downloadable user guide (PDF format).

Rejoice, Windows Phone 8 users. We just went from the bottom of the barrel to the top of the line: Nokia Drive+ isn’t just great, it’s the best navigation solution on any platform.

Update: I forgot to change the headline of this post to address the fact that the beta is only for US, Canada and UK. Nokia will be rolling this out in other locales soon.