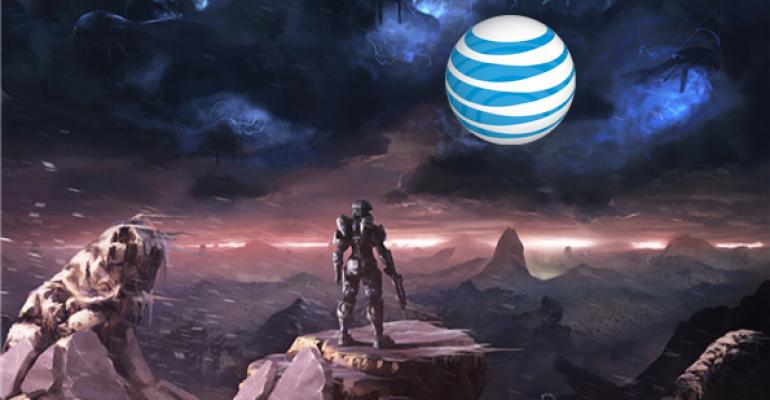 A silly exclusive is now over

When Halo: Spartan Assault debuted for Windows 8/RT and Windows Phone 8 a month ago, there was a silly and unnecessary limitation on the handset side: It was only available to those Windows Phone 8 users on Verizon in the United States. But now that the one month exclusivity period is over, users of non-Verizon phones in the US can download the game as well.

I recommend you do so, though as I noted in Halo: Spartan Assault for Windows 8, Windows RT and Windows Phone 8, the game plays better on the bigger screens found on touch-screen Windows 8 and RT devices. But based on the best available information, few of you have such a device. So the Windows Phone 8 option is an excellent one as the game is basically identical between the supported platforms. (The Windows 8/RT version supports mouse/keyboard, though I find touch to be a vastly superior control system for this title.)

There are still a few caveats to the Windows Phone version of the game. It requires 1 GB of RAM, so entry-level handsets with 512 MB of RAM—like the best-selling Lumia 520—won’t be able to play this title. It’s exclusive to Windows Phone 8 and won’t work with Windows Phone 7.x handsets. And the game is very expensive at $6.99 and if you do want to play across both Windows 8/RT and Windows Phone 8—it even supports cross-platform play, as I wrote about in A Few More Thoughts About Halo: Spartan Assault—then you have to pay for it twice, once on Windows (8/RT) and once on Windows Phone 8.

Still, I think it’s worth it. With the understanding that we all have different tastes in games, this is a very good one. The first Halo mobile game, it features 25 all-new missions, and Microsoft notes that the game is “set in the years between Halo 3 and Halo 4, offering new insights into the first missions of the Spartan Ops program, the history of the Human-Covenant wars, and the rise of Commander Sarah Palmer.” Whatever that means.

Don’t worry about the story, as it doesn’t impact the game play in the slightest. (Unless of course you’re a Halo geek in which case you will purchase this game sight-unseen regardless of anyone’s opinion.) It’s just a great game. And now a lot more people can get it.