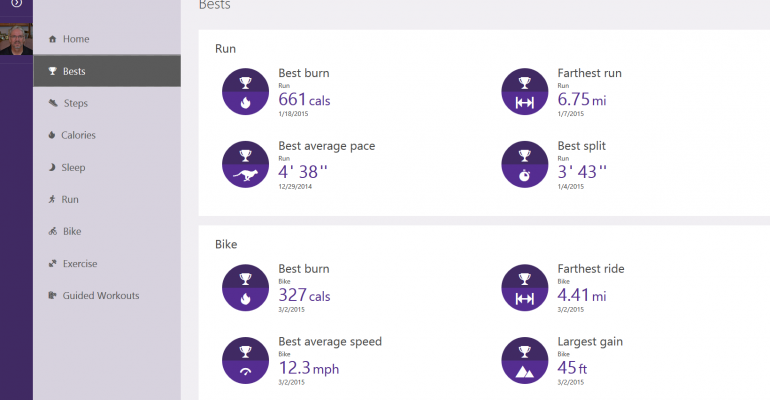 Two weeks ago today Microsoft released a massive update for their Microsoft Band that added a new cycling activity tile, a virtual keyboard on the Band itself and an SDK for developers to hook into the Band with their own apps/tiles.

Those updates have been well received so far but when they first hit the streets the Microsoft Health Portal was unable to display any cycling activities because it needed a further update.

Well that update has happened over the weekend apparently because as of this morning you can now access all of your cycling activity directly in the Microsoft Health portal.

This now means you can not only see your specific cycling events but it also gets integrated into all of your calorie consumption calculations and other areas of the portal.

Here are some screenshots of the portal showing cycling activity:

This is very good timing as there should be a huge influx of Microsoft Band users soon as Microsoft opened up availability to purhcase the popular wearable online this past Friday and as of this morning the site still shows the Band as in stock.

There are reports around Twitter that some of those whom purchased the Band since Friday are now showing their purchase as backordered but I guess that is better than being out of stock.

So, have you ordered yourself a Microsoft Band since they became available once again online?