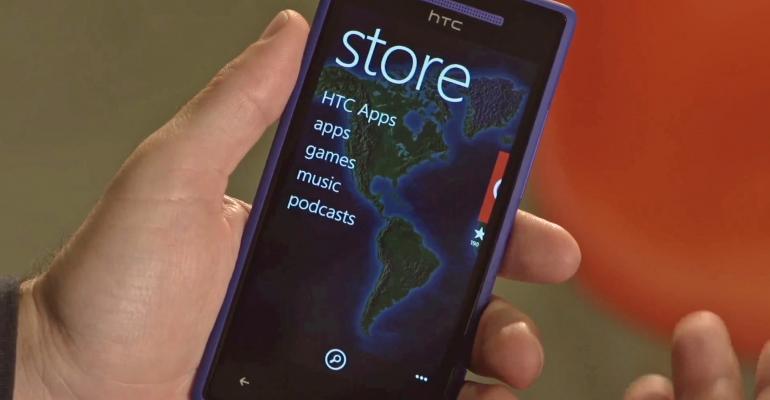 And the Biggest Barrier to Windows Phone Acceptance Is…

Yes, apps are the problem ... just not in the way you may think

Like many Windows Phone fans, I’ve spent of a lot of time wondering about and discussing this platform’s lack of acceptance in the marketplace. And while I do think Windows Phone 8 will help improve matters, I’ve got this nagging feeling in the back of my head that Microsoft’s smart phone OS will never really take off. And now I think I know why.

A lot of the debate around Windows Phone involves red herrings, excuses about why Microsoft’s system—which I think is vastly superior to either iOS or Android—has never really sold in acceptable numbers. When the platform first launched, the excuses were multitasking, cut and paste, and the lack of apps. When Microsoft fixed the multitasking and cut and paste issues in early 2011, the discussion turned almost solely to apps.

But I’ve argued—still do—that app count doesn’t explain it. Microsoft spent much of 2012—and spent tons of cash—to correct this issue, and as of this writing there are over 125,000 apps in the Windows Phone Store. Microsoft claimed recently that 46 of the top 50 Android and iOS apps and games would be available to Windows Phone users by the launch of Windows Phone 8, which just happened. We have plenty of apps.

Some argue that it’s not the number of apps but rather the lack of key apps that prevent users from coming to Windows Phone. If you want Instagram, for example, you can find reasonable clones on Windows Phone, of course. But you can only get the real thing on iPhone or Android.

The thing is, I don’t actually believe that real people make buying decisions like that. I don’t think anyone has ever walked into a wireless carrier’s store with a list of apps and said demanded a phone that runs those apps. It’s just not the way people think. No one ever seriously considered Windows Phone, noticed the lack of Instagram, or whatever, and then walked away.

No, I think the ambivalence about Windows Phone happens well before any visit to the store, and it happens in ways that are vague and not even consciously understood. People dismiss Windows Phone because of a collective and mounting series of slights out in the real world that they don’t even realize they’re registering.

And it’s all Costco’s fault.

OK, not really. But a visit to Costco recently triggered a realization. You see, Costco, like so many other places, offers apps. They offer apps for Android and for iPhone. Here’s the little promo for them.

I have no need or desire to use such an app, but that’s not the point. You see these kinds of things everywhere now. I don’t get out much, but even I have seen a ton of these in recent days, in a supermarket, in the subway, and even at the Celtics Pro Shop in North Station, where they were advertising a Boston Bruins apps (which annoyingly also comes in a Blackberry version).

You see these kinds of app promos in museums, in stores of all kinds, in restaurants, in cabs, in virtually everywhere that you go throughout your day. Whether the apps are in fact useful is irrelevant. They’re there. And they are always available for Android and iOS, and very occasionally for Blackberry. And almost never for Windows Phone.

The cumulative effect of these app promotions for Android and iOS are, I think, Windows Phone’s biggest problem. Because they create an effect in people’s minds where Android and iOS are the only smart phones available that make any sense. (And certainly, from a market share perspective, that opinion is validated.) So even though most people probably don’t think about these app ads very much if at all, when the time comes to make a purchase, they are often thinking Android or iOS. Windows Phone doesn’t even register.

Now you may argue that this is simply part of the overall argument that apps are the real reason. But it’s not the same thing. Android and iOS both offer four to five times the app selection as Windows Phone, sure, but that’s not why real people ignore Windows Phone. It’s the constant affirmation—via these app promos out in the real world—that’s doing it.

And I don’t see how Microsoft can easily fix this problem. These app promotions are slowly cementing the notion in consumers that Windows Phone doesn’t matter.