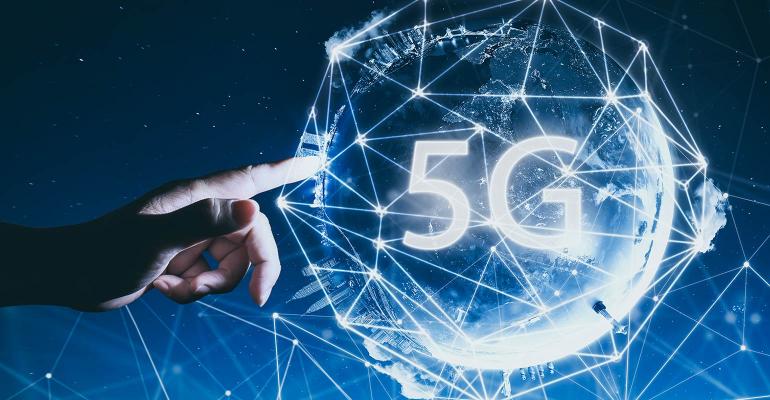 Two of the biggest stories of 2018 will likely be bigger in 2019. Specifically, we saw the first U.S. cities get 5G wireless service from major carriers, with more devices sure to follow in 2019. The privacy law GDPR took effect in 2018, in what looks to be the just the tip of the privacy crackdown iceberg.

It’s hard to distill the biggest mobile stories of the year, mostly because mobile technology has matured to the point where changes are tending toward evolutionary rather than revolutionary. That may change in the year ahead, as two of the biggest stories of 2018 will likely be bigger in 2019. Specifically, we saw the first U.S. cities get 5G wireless service from major carriers, with more devices sure to follow in 2019. The privacy law GDPR took effect in 2018, in what looks to be the just the tip of the privacy crackdown iceberg. Rounding out some of the biggest stories of the year are smartphone refreshes that had a decidedly business slant.

First-ever 5G wireless service from major carriers arrived in parts of a handful of U.S. cities this year.

The technology moved beyond proof of concept in 2018, and a small number of customers can now cut their cable or fiber internet service and go wireless for their broadband needs, with average speeds of several hundred Mbps expected in real-world applications.

Analysts say the impact of 5G wireless service on the enterprise is more likely to be felt in IoT applications, especially manufacturing, where equipment can take advantage of its next level speeds and low latency.

In 2019, we’ll see further rollouts of primarily fixed 5G service in select markets around the country. Some 5G phones will appear, but a nationwide rollout of 5G wireless service isn't expected until 2020 at the earliest.

The regulations have some mobile-specific provisions, for companies that store private data of customers and employees. For example, according to research firm Garner, losing “a managed mobile device containing personal data constitutes a breach with fines up to €20 million, or four percent of total yearly worldwide turnover (whichever is higher), thus making I&O leaders responsible for implementing security measures such as encryption and remote wipe.”

In 2019, companies will need to prepare for the California Consumer Privacy Act, which takes effect on Jan. 1, 2020. The law allows Californians to request all data stored by a business, request its deletion and be informed of the sort of data will be stored before it’s collected. Like the EU regulations, it requires companies to notify customers in case of a privacy breach.

Samsung and Apple refreshed their flagship Galaxy and iPhone lines in 2018, with features that were likely to appeal to enterprise users.

The Galaxy S9’s DeX system lets users attach the phone to a keyboard, mouse and monitor using a dock, and gives them the ability to easily transfer files and expand storage using an included microSD card.

Both Verizon and AT&T have said they’ll offer 5G Samsung Galaxy smartphones in 2019.

Samsung is expected to release, along with its Galaxy S10 refresh, a phone with a screen that flips open to resemble a tablet.

At the moment, it doesn’t appear that Apple will serve up a 5G iPhone in 2019. The fifth-generation cellular network technology will primarily serve as a fixed broadband replacement in 2019, and only in parts of select cities where the technology is offered, so we don’t expect to see a 5G iPhone until 2020.