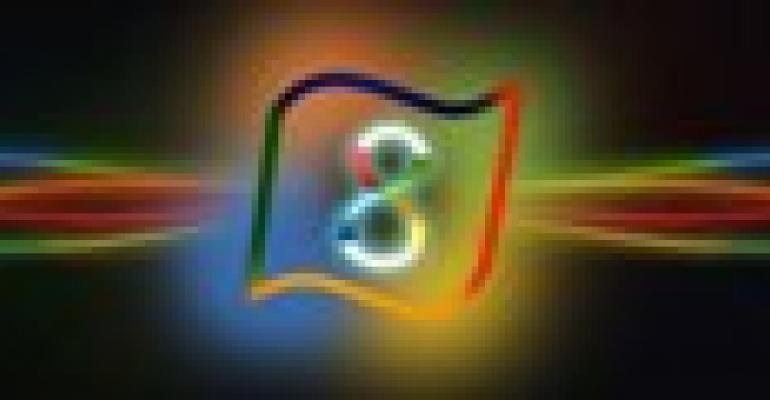 It's all coming together

The Microsoft tech landscape is pretty exciting these days, with the company's introduction of a few new operating systems (Windows Server 2012, Windows 8, and Windows RT) as well as the company’s all-new tablet computer, the Surface. This is Microsoft's first real foray into the tablet market, competing with the trend-setting Apple iPad. Yes, Microsoft has supported tablet computing for years through third-party hardware manufacturers, but the Surface is the first touch-enabled tablet straight from Microsoft. And it's a beauty.

Naturally, last month’s launch event didn't get the same kind of coverage that lovable Apple gets for its consumer devices, but in my opinion, it should have. The Surface—and, by extension, Microsoft’s entire new Windows 8 ecosystem—is big news, especially for those of us interested in more powerful productivity devices.

I've resisted the iPad since its debut, simply because it always seemed like an expensive toy to me. Essentially a giant version of the iPod touch that I already have for my music and other entertainment, the iPad admittedly offered the larger real estate for enjoying media such as videos and ebooks (not to mention web surfing), but I just couldn't justify the price for a consumption device that didn't offer me a compelling experience that I couldn't get on my existing devices and systems. Sure, the iPad offered fun mobility and convenience, but I needed more from it. I guess when I get right down to it, I wanted to be able to work on it, to get stuff done. And in my line of work, that means I wanted to be able to write on it.
On the sleek and glossy iPad, that meant using a digital touch keyboard that's not exactly ideal for long-form writing.

So when it was revealed that Microsoft would be producing a Windows 8 tablet computer that would bring to the tablet market a full "laptop computing" experience, my interest was piqued. Reading the specs, I saw that the Surface would feature a cover that doubled as a physical keyboard—and I knew that would make all the difference.

Dreaming of a Windows Ecosystem

Now, I wouldn't necessarily call myself a Microsoft fanboy. I just happen to use Microsoft technology at work and at home—almost exclusively. It’s just worked out that way. I never really understood the Apple experience at work, beyond applications such as graphic design. It always seemed counterintuitive and overly simplistic to me. I totally understand the lure of that company's more consumer-oriented devices, such as the iPod. I mean they're groundbreaking and powerful, no denying it. But for my overall computing experience, I was always yearning for more of a sense of convergence. For years, I’ve quietly hoped that Microsoft would come up with a media experience that would marry with my existing Windows work and home experiences. It just made sense that something like that would come to pass.

Now, Microsoft has been creating good convergence-friendly technology for a while now—at least when it comes to gaming. I have an Xbox 360 in my home theater that networks fluidly with my primary Windows 7 system in my office. I use the Xbox primarily for slaughtering zombies in Left 4 Dead and solving logic puzzles in Portal, but I also use it to stream photos from my computer to my home-theater screen pretty seamlessly, same with HD video. And let’s not forget that the Xbox 360 is now the top-selling videogame console on the market—one of Microsoft’s huge successes over the past decade, despite early hardware glitches.

When it came to developing a music device to compete with the ubiquitous iPod, Microsoft wasn't so successful. The company's Zune device stalled at the gate, and is now being phased out—too bad, because the interface was a nice alternative to the tiresome sameness of the iPod interface, and the Zune Marketplace was also a welcome change from the aggravating iTunes store. Given negative perceptions of the Microsoft brand in general, customers stayed away.

Even more exciting to those of us seeking Windows convergence was the introduction of Windows Phone as an alternative to the iPhone and Android phone. In fact, Windows Phone's unique tile-based interface was a key origin of Windows 8's new interface. The user experience that you'll see on Windows 8 computers and on the Surface is a natural extension of the Windows Phone interface. So far, market acceptance of Windows Phone has been meager, at best. A frustrating development! Windows Phone is a beautiful option for those who aren't bowled over by the same ol' iOS interface of the iPhone and the copycat interface of the Android phone. But Microsoft took forever to come up with a great phone—way too long. It finally has that great phone, but in many ways, the market is already set in stone, and newcomers have very little footing. Will Windows Phone suffer the same fate as the Zune music device?

Microsoft isn't betting on it. Rather than let its critically acclaimed "new look" fade into the background in a competitive market, the company is not only doubling down on it but tripling (maybe quadrupling) down. The new tiles-based interface is present on the new Xbox 360 interface, on the new Windows Phone 8 smartphones (debuting now), on the Surface, and on all new Windows 8 PCs and laptops. In short, Microsoft is all in on this interface.

From the point of view of this Windows user, who also happens to be a writer, the Surface is looking like a very promising piece of hardware. I came across an article that boosted my preconception of the Surface. In " Could Microsoft's Surface be the perfect tablet for writers?" Kevin Hall talks about many of the same concerns I've covered here about the iPad's lack of productivity features or capabilities. He says, “I find myself wondering if this isn't, finally, my fabled writing dream machine realized—or at least the early makings of it. If all I really want to do is write on something that keeps me connected to my digital ecosystem, and still allows me to create full-bodied documents without having to jump through a bunch of app hoops, Surface sounds like it could fit the bill.” And it's not only writing but all kinds of work that will be more doable on the Surface than on competing tablets in the market.

Which is why, more than ever, I'm looking forward to finally owning a tablet that excites me. I look forward to taking my Surface on the road and doing productive, keyboard-necessary work wherever the mood strikes—and using the same device for media consumption when that mood strikes.

Think about it: If you’re among the majority, you have a business that is already humming along on Microsoft technology. Your servers are running the Windows Server OS, and your desktops are running Windows 7 or Windows Vista or Windows XP, and your entire workforce is performing their productivity tasks in this ecosystem. Your next upgrade in the Windows world—to Windows 8—promises a move into a startlingly strong new ecosystem than includes touch-enabled all-in-one desktops, laptops, and tablets such as the Surface, the Xbox 360 (for lunch breaks), and Windows Phone 8.


It's taken too long, but Microsoft is finally getting it right. I'm glad to be excited again about the technology company I've been using for years.
0 comments
Hide comments
Related