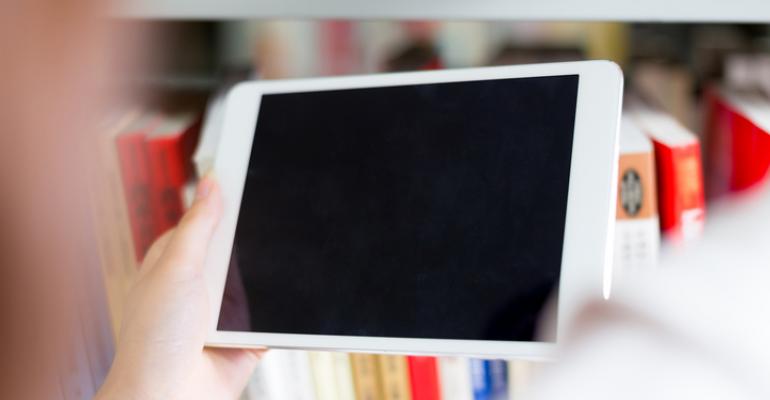 Apple for education devices, including iPads and MacBooks, along with Apple management tools from Jamf, allow the small district to help students improve their test scores.

KINZERS, Pa. – When state achievement test scores for students in the Pequea Valley School District in Lancaster County, Pa., sank to an average of 45.2 percent proficiency in reading and 63 percent in math in 2010, district officials knew that big changes had to be made. The district, whose scores were the second lowest in the region, looked at how Apple for education may keep students from falling behind.

What was needed, officials decided, was individualized instruction aimed at helping each student, along with mobile devices that could inspire and satisfy the students' needs – while also being easy to manage and deploy by the district's tiny IT department.

Ashley Heagy, who was then the instructional technology coordinator for the school district – which is in the heart of Lancaster County's Amish community – began planning a project that would put one mobile device into the hands of each student, all with the goal of boosting education in the rural district.

After considering a Chromebook deployment and a bring-your-own-device (BYOD) program, the district chose to begin acquiring Apple for education devices, specifically Apple iPads and MacBooks for students and staff members, because they could be customized with lessons aimed specifically at each student based on their individual learning needs.

Related: Co-Working Giant WeWork Is Going After the Kindergartners Now

And once the Apple for education devices were chosen, Heagy and district officials knew they'd have to find a simpler way to manage, deploy and configure their devices to their users, otherwise the administrative tasks would overwhelm Heagy and her small IT team. They needed help to hit that one-to-one device-to-student goal.

That's when they chose Apple management tools from Jamf, which allows administrative tasks to be conducted across all the district's devices seamlessly and at once to keep devices up to date and available to students and teachers when needed. Apple's own education-based system configurators required more steps and provided far less streamlining and automation compared to the Jamf tools.

"We couldn't do it with the staff that I have if I had to use the Apple configurator and then touch each device by hand to prepare it for students," Heagy, who is now the district's director of technology, told ITPro Today. "The technology really jump-started that ability" to more easily deploy many devices at once.

To provide individualized lessons to each learner in kindergarten through second grade, the district uses educational software from eSpark, which allows teachers to preload lessons onto the student iPads which are designed and tailored for each student's learning levels. For older students in grades three through twelfth, the district uses math software from McGraw Hill's ALEKS, which also provides individualized learning.

After those alarming and disappointing 2010 test scores surfaced, the district began several pilot programs and came up with a strategy to buy Apple for education devices over several years, eventually acquiring about 2,943 Apple devices by 2017 for the students, classrooms and teachers, along with a collection of spare units.

The results have been promising, with the 2016 state achievement scores for Pequea Valley School District students rising to 75.21 percent proficiency in reading and to 81.67 percent in math – which are up substantially from those 2010 scores of 45.2 percent and 63 percent.

"I don't feel the success we've had could have been done with Chromebooks," said Heagy. "We didn't want to focus on web-based and web-focused learning. That was not the model that was meant for us. And BYOD wouldn't work – there is no level of consistency. We wanted software-based systems."

In the end, the district created what it calls a "mass customized learning" strategy which gives each student the ability to get the focused and individualized lessons they need to succeed, right on their school-issued Apple for education devices.

"Learning without technology is not an option anymore – it's a requirement," said Heagy. "The rise is student scores happened because we have tailored their lessons to what they need. [The Apple devices and] eSpark really let them fly."