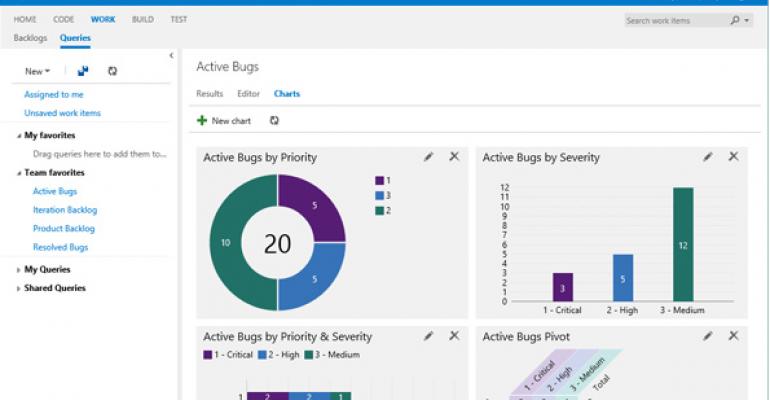 The announcement was made by S. Somasegar on Microsoft’s Developer Tools blog. In addition, the blog notes that Windows 8.1 RTM and Windows Server 2012 R2 RTM are now available to the developer community through MSDN and TechNet. Somasegar outlined several different features in the Visual Studio 2013 RC, including the following:

Office 365 Cloud Business app development. The Visual Studio 2013 RC now lets developers create and manage modern business apps that extend the Office 365 experience through the Office 365 Cloud Business App template. As cloud-based apps that leverage Windows Azure and Office 365 capabilities, these apps are also available to several different devices to aggregate data and services from in and out of an enterprise. Furthermore, these applications are integrated with the ALM capabilities of Visual Studio, which helps foster collaboration between developers and IT operations.

TypeScript.With the Visual Studio 2013 RC, Microsoft has included the most recently released version of TypeScript tooling. TypeScript is a language that lets developers build complex and large-scale JavaScript applications that go beyond what's possible with standard JavaScript. See "Build Enterprise-Scale JavaScript Applications with TypeScript" for more information on TypeScript development.

Work Item Charting. This new feature lets developers quickly create several different charts that visualize data based on work item queries, including bugs, user stories, and tasks. As work item data changes, all that's needed is for developers to refresh their charts so that the latest information is reflected.

Visual Studio 2013 will RTM at Windows 8.1 GA. A virtual launch event is being held by Microsoft to celebrate the occasion on November 13th. Stay tuned for additional updates as we learn more leading up to the event. What are your favorite Visual Studio 2013 features so far? Let me know in the comments, or give us a shoutout on Twitter at @DevProConnect or @blair_greenwood!