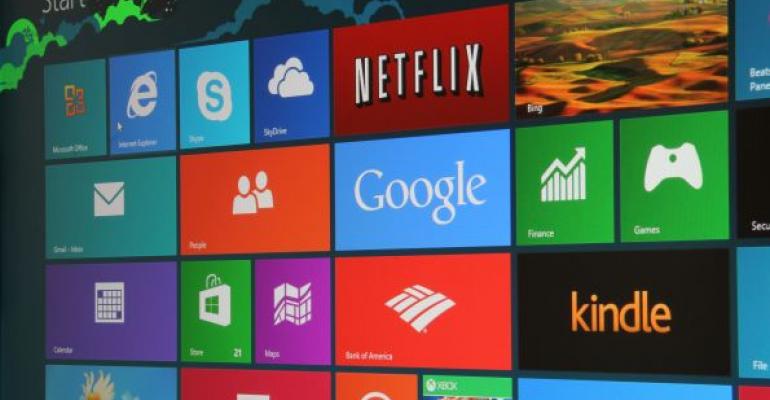 In September 2011, the Microsoft BUILD conference came and went, and a new era of software development on the Microsoft platform commenced: the era of WinRT. WinRT—short for Windows Runtime—is exciting because it's cool and powerful. WinRT is also scary because it's brand-new and version 1.0. Now, more than a year and a half later, we are on the threshold of the Windows 8.1 release (aka Windows Blue). Windows 8.1 is a full upgrade to Windows 8, and it is also expected to deliver an improved "2.0" version of WinRT.

For Microsoft platform developers, Windows 8 and WinRT application development offers substantial opportunity. To help you make the most of this opportunity, I'm launching a series of articles—starting with this one—that will help you get your bearings in this relatively uncharted application development landscape. This article series will provide the strategic information you need to make informed decisions about the tools, plumbing, and platforms you'll be building software on and with for the next many years on the Microsoft platform. Let's get started!

To begin our exploration of WinRT, let's try to define what it is and what it is not. Knowing this is a crucial aspect of determining why you'd build applications for Windows 8. WinRT is an application architecture platform that lives in the Windows 8 OS. WinRT supports development in C++/CX (CX refers to component extensions, a language based on C++) and the managed languages of .NET: C# and VB.NET, as well as JavaScript and TypeScript. The WinRT programming model makes it possible to write object-oriented code that can be shared across programming languages.

Microsoft defines WinRT as follows: "WinRT consists of an execution interface as well as a collection of APIs that give access to the functionality provided by Windows 8." (Note that the Windows 8 part is important. Currently we can assume that WinRT will run only on Windows 8 and Windows Server 2012.) "The WinRT application model was designed to make interfacing between languages and platforms easy and seamless." (This is also important because as you'll learn shortly, this monster has many heads—and that is a good thing. I am guessing Microsoft means that HTML and native code are platforms because, as stated in the definition's first sentence, WinRT functions only on Windows 8.)

So what meaning can we derive from this definition, and why is WinRT different from the .NET Framework? Well, .NET as a framework is OS agnostic. It runs on Windows 2000; it runs on Windows 7. It even runs on Windows 8 in desktop mode. It runs on every Microsoft OS in between. Technically, because of the open specification of the CLR, .NET could run almost anywhere, including iOS, UNIX, and even on IBM mainframes. WinRT as a runtime is tied directly to the Windows OS it is running on. And in WinRT's case, it is tied to Windows 8.

Now, one of the longtime critiques of .NET has been that what we gained from .NET in developer productivity, we lost in performance. This is because, as a framework, .NET is abstracted and wrapped to the point that its performance suffers when measured against native code (e.g., processor-specific, Win32, C++ code). Microsoft tells us that WinRT is much "closer to the metal," which we'd assume to mean that WinRT has performance advantages when compared with .NET. However, the WinRT runtime libraries are built upon the Win32 API, just as.NET is. Thus, WinRT provides no significant performance advantage over .NET.

Many of the advantages of WinRT are not technical advantages—rather, they are business advantages. Windows is still by far the largest computing platform in the world, and the platform continues to expand its reach, as Figure 1 shows. Windows 8 is just the next version of this dominant platform. Adoption of Windows 8 is almost guaranteed in the enterprise because of Microsoft's enterprise licensing programs. Furthermore, the Windows-adoption outlook is similar in the consumer market because just about every new PC, Ultrabook, notebook, and tablet will come with Windows 8. That is a platform you will write your applications for.