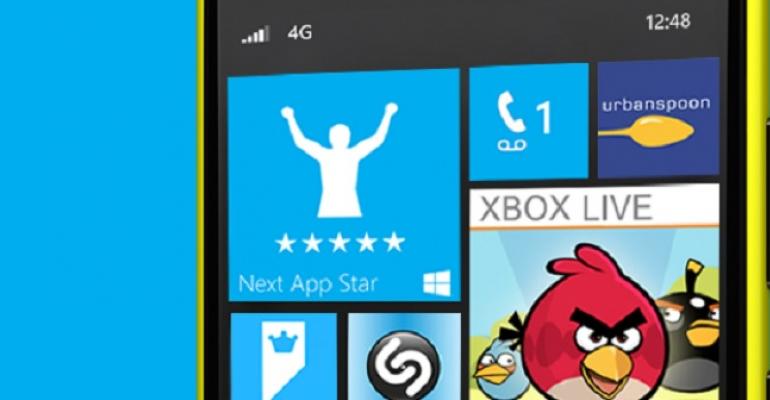 Developers: Get Your Windows Phone App Featured in a TV Ad

Microsoft this week announced an interesting contest for developers: A chance to have your Windows Phone app featured in a primetime television advertisement that will appear in the US. Dubbed Windows Phone Next App Star, the contest runs through March 5.

“We’re kicking off the new year with a one-of-a-kind opportunity,” Microsoft’s Todd Brix writes in a post to the Windows Phone Developer Blog. “To help your apps get more visibility with more customers, today we are launching a new contest with a very special top prize – featured placement of your app in a Windows Phone prime-time TV ad in the U.S.”

The contest is open to developers worldwide, Brix says, and simply requires that registered Windows Phone developers opt-in via the Windows Phone Dev Center by March 5. Your app must be published by that date to qualify for the contest.

“We will judge the app submissions for the contest based on an equal weighting of user ratings and app quality, including your implementation of new Windows Phone 8 features, like Live Tiles,” Brix adds. “We’ll narrow the field to 64 entries to participate in a head-to-head, bracket-style competition with public voting. Over the next several weeks of voting the field of 64 will be narrowed to 32, 16, 8, 4, 2, and finally the grand prize winner. There will be prizes along the way to encourage people to participate (more on that later) and ways for you to promote your app and gain new fans.”

These prizes include “thousands of dollars” for those who make the 64-entry bracket, including a Nokia Lumia 920 Windows Phone and a one-year free Dev Center subscription. (Apparently, Lumia 920s are floating around for gifts to anyone who asks besides me.) The grand prize, of course, is placement in a TV ad. Voting runs through April 8, so the ad probably won’t appear until April or May.