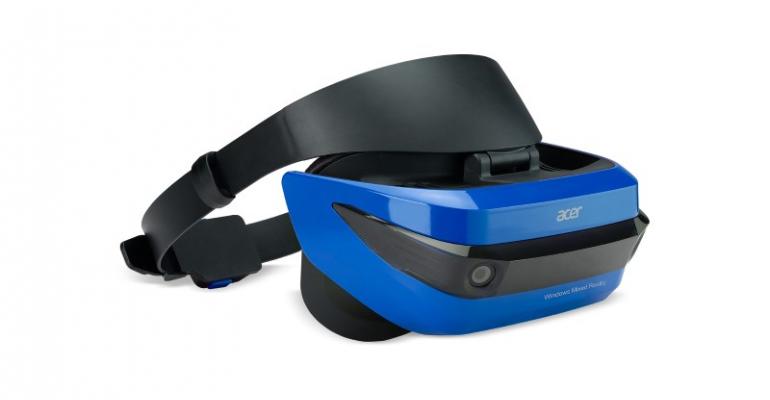 Developers: Get Ready for Mixed Reality on Windows 10

Originally announced in October 2014 alongside the Windows 10 Creators Update, Windows Mixed Reality is yet to fully arrive on the platform.

Most of the software elements are in the operating system at this point with the Creators Update release back in April and it now looks like the new virtual reality, or as Microsoft calls them - immersive - headsets will be available this upcoming holiday season.

Two of them, the headsets from Acer and HP, are already available for developers to pre-order from the Microsoft Store online and will allow interested developers to get started on their immersive UWP apps. These headsets are $299 and $329 respectively.

While you are waiting on the hardware to arrive you can go ahead and check out Microsoft's extensive developers portal for Windows Mixed Reality and begin your own app work in preparation for these headsets mainstream arrival later this year.

By the way, just for clarity on the name of this feature in Windows 10, I wrote this the other day on SuperSite: Windows and it should help you understand what this feature is according to Microsoft.

"The name Windows Mixed Reality, what Microsoft is calling the capability in Windows 10, actually comes from the spectrum of use intended within this subsystem of Windows 10 from HoloLens (the Mixed Reality part) to the HMDs (the Virtual Reality part)."

As for the content that is available on the Windows Mixed Reality developers site, you will find five main areas.

You will also find all of Microsoft recent mixed reality related news at this portal along with an option to sign up for Microsoft's Mixed Reality news and updates.

There is a tremendous amount of opportunity here and it is quickly coming down the road to reach reality, no pun intended, so will you be ready for this next stage in user interaction with our computers?