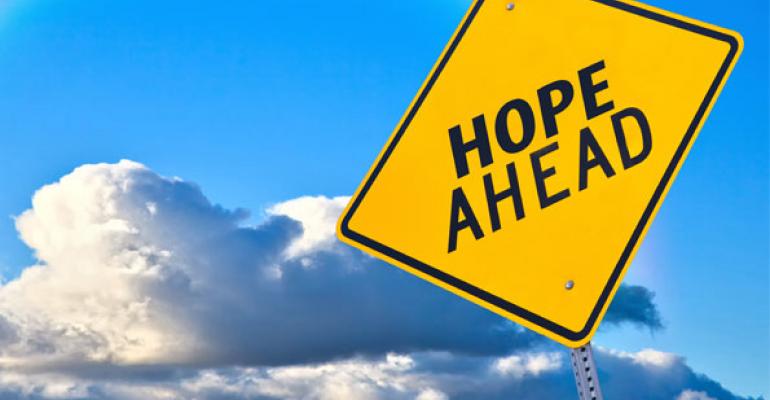 It's hard to change a culture. Having worked for or with Microsoft for over 20 years, I can tell you that I have a myriad of colleagues that are Microsoft employees, most of whom I call my friends and respect very much. Over the last several months, I've had several discouraging private conversations about where the developer goals, mission, and strategy were headed for Microsoft. I could see the problems and mistakes. Microsoft employees could see them, too. You probably saw them, too. It's been frustrating. When the head guy in charge of Microsoft development ignores feedback that includes internal feedback from Microsoft and external feedback from folks such as me and you, then that builds a culture of secrecy and fear. Although that head guy is gone now, it's still taken a long time to change that culture back to where it should be.

In all honesty, I can tell you that I haven't been encouraged about the developer platform at Microsoft in a while. However, today I'm encouraged for the first time in a long time. I see the culture changing. I hear people at Microsoft saying that the culture is changing. And there's several encouraging announcements that are emerging. Suddenly, I'm now excited about the Microsoft's BUILD 2013 developer conference that's being held in San Francisco from June 26 to June 28, and I'm not the old guy saying, "Get off my lawn!" However, I'd first like to present you all with some background that made me discouraged in the first place.

I painfully read a recent blog post about Microsoft's developer issues. I don't even know who wrote it. This guy or gal didn't put his or her name on the blog post. It's painful because this person makes a ton of good points. Within this blog post, the author goes far enough back to put Win16 into perspective. It's a very interesting read if you want to talk about the context of Microsoft's developer problems through time and the speculation surrounding those problems. One of the main points in this article is that Microsoft has hung onto an obsolete Win32 API even though, a decade ago Intel took a completely different tact with the GPU and multi-core processors when it could have picked several versions of Windows over time to start over. However, Microsoft didn't choose to do this, which has caused developers a lot of pain.

Most recently that developer pain has manifested with the introduction of the modern API in Windows 8. The modern API has many developers so confused and angered. A lot of these developers are experiencing anger because the most successfully adopted and beloved developer technology in Microsoft history was seemingly killed by this new modern API: Silverlight. Also seemingly killed was XNA. Several developers are also confused because Microsoft seems to be pushing the message to get users to build enterprise applications in HTML5 and deliver them through the Windows Store.

But, alas, there is hope! Recent announcements and speculations have me really encouraged.

On May 14, Microsoft officially announced the long rumored Windows Blue, which is officially called Windows 8.1. It will be a free update to Windows 8. Windows 8.1 promises to fix several different problems that folks have been complaining about. It's important to note that Windows 8.1 isn't a service pack. It's a full blown upgrade to the OS. Microsoft promises several exciting things for the developer to be announced at BUILD, which includes the public release of Windows 8.1.

This month a minor Internet hysteria phenomena occurred with the revelation of the Microsoft deep-tech team. Mary Jo Foley wrote it best describing it as Microsoft's new plan for reaching out to top-tier developers of all sizes to get them to take a look at the new and expanded Microsoft toolbox. There's several "big guns" who will be leading the effort.

John Shewchuk is one of those "big guns." I know John from a prior life at Microsoft. He's a 20-year Microsoft veteran and one of the company's Technical Fellows. He's leading the team and serving as the Chief Technology Officer for the Microsoft Developer Platform. This is good news.

My guess is that the deep-tech team was the brainchild of Microsoft veteran Steve Guggenheimer, who took the reins of heading the Developer and Platform Evangelism (DPE) team in October 2012. Affectionately known as "Guggs," Steve Guggenheimer has a long and storied career at Microsoft.

Patrick Chanezon is a new hire to Microsoft who will lead the enterprise evangelism efforts in Microsoft's DPE unit from San Francisco. He joined Microsoft from VMware just weeks ago. This is a key hire that also seems to be really good news.

More about those Microsoft people I respect; the people who get it; the people who affect change.  Scott Guthrie is one of them. But everyone knows who knows the Microsoft Platform knows who Scott Guthrie is. Another one of them is Gabor Fari. You probably don't know his name. But Gabor is one of the many Microsoft folks who "gets it." Internally, he's willing to criticize the company he works for and loves when it deserves it. He's also the first to garner praise where Microsoft deserves it. Gabor's title is Director of Life Sciences Solutions, and his grasp of the developer platform at Microsoft is his passion. When discussing the problems of the past and the excitement of the future with Gabor he left me with this, and I believe it's the perfect way to end this article:

"I am very excited about the latest developments and news that has been released, and I am eagerly anticipating additional news from the BUILD conference. The slumbering lion still has spectacular fangs and teeth; and now he has woken up and is ready to roar."