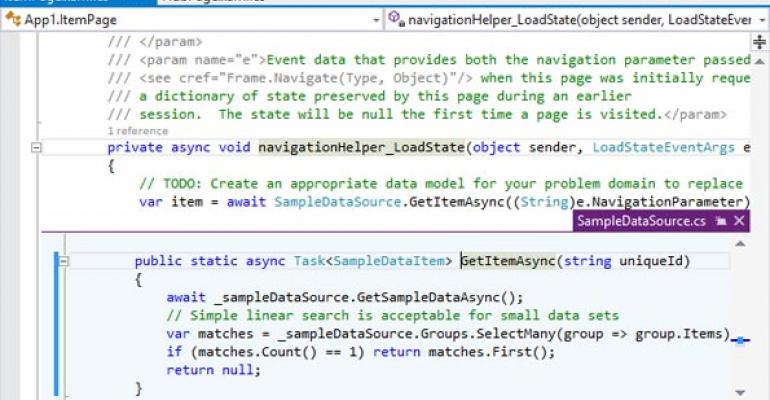 CodeLens. Visual Studio 2013's new CodeLens (Code Information Indicators) feature is shown above a method and lets developers quickly view all references of that method within their code. In addition, CodeLens is useful for determining how many tests are referencing a method and how many of those tests are passing. CodeLens also keeps track of who last checked in a change or modified a method.

Enhanced Scroll Bar. Microsoft has also enhanced the scrollbar in the editor that shows useful information at a glance. For example, you can see where edits in the file are currently pending or where the last save to the file made changes.

To stay up-to-date on the latest development news, be sure to check out Dev Pro on Facebook, Twitter, or Google+. Have you downloaded the Visual Studio 2013 Preview? Be sure to reach out to and let me know what you think by tweeting to @blair_greenwood!