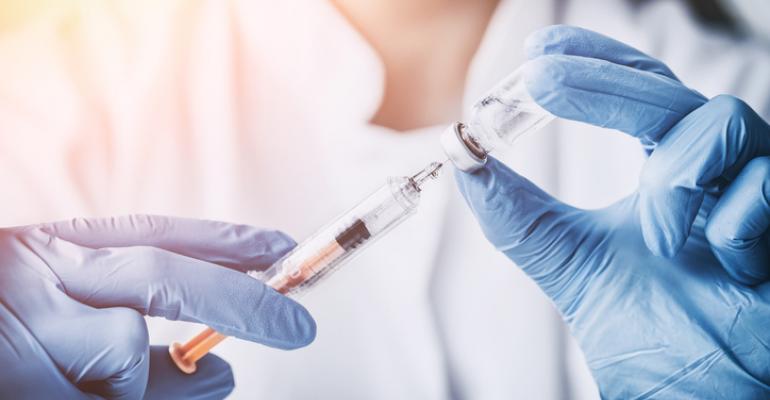 The project, to create a universal blood test that reads human immune systems, shows the potential of applying machine learning in healthcare.

Artificial intelligence and machine learning techniques are being merged with continuing advances in biotechnology to create a universal blood test that could one day detect a wide range of cancers, infections and autoimmune disorders diseases in humans, in yet another example of machine learning in healthcare.

The research, which is being undertaken through a partnership between Microsoft and Adaptive Biotechnologies, aims to create a process to map and decode the genetics of the human immune system so that diseases can be better detected and treated at their earliest stages, according to a Jan. 4 post by Peter Lee, Microsoft's corporate vice president for AI and research, on The Official Microsoft Blog.

"The human immune system is an astonishing diagnostic system, continuously adapting itself to detect any signal of disease in the body," wrote Lee. "Essentially, the state of the immune system tells a story about virtually everything affecting a person's health. It may sound like science fiction, but what if we could 'read' this story? Our scientific understanding of human health would be fundamentally advanced. And more importantly, this would provide a foundation for a new generation of precise medical diagnostic and treatment options."

To get the work underway, Microsoft has invested an undisclosed amount of money into the project, as well as a broad range of research and development collaboration between the companies, wrote Lee. So far, scientists at Adaptive are using their company's sequencing technology alongside Microsoft's large-scale machine learning and cloud computing capabilities to find ways to make deep reading of the immune system possible, he wrote.

It could ultimately take 10 years of research to create a universal blood test for immune systems, but the work would have a huge impact for patients, wrote Lee.

Chad Robins, the CEO and co-founder of Adaptive, said in a statement that the potential for such a test to help clinicians and researchers connect the dots and understand the relationship between disease states could eventually lead to a better understanding of overall human health.

“This announcement comes at a time of inflection in healthcare and biotechnology," said Robins. "We now have the technology to be able to do what we’ve been talking about for the past decade – develop a universal T-cell receptor antigen map that presents an opportunity to help patients at an unprecedented scale. Some conditions like cancer or autoimmune disorders can be difficult to diagnose, but this universal map of the immune system will enable earlier and more accurate diagnosis of disease.

My being able to map a patient's immune system in the future, doctors could potentially "open new doors to predictive medicine, as a person's immunological history is believed to shape their response to new pathogens and treatments in ways that are currently impossible to explore," said Robins. " The impact on human health of such a universal blood test that reads a person's exposure and response to disease would be, in a word, transformational."

The presence of disease in the human immune system is disclosed through the presence of special cells, called T-cells and B-cells, which form the distributed command and control for the adaptive immune system, according to the researchers. Each T-cell has a corresponding surface protein called a T-cell receptor (TCR), which has a genetic code that targets a specific signal of disease, or an antigen.

But mapping those TCRs to antigens is a massive challenge. That's where deep AI technology and machine learning in healthcare can help, along with emerging research and techniques in computational biology applied to genomics and immuno-sequencing, according to the researchers.

Such research would provide detailed insights into what the immune system is doing in real time and could reveal what other diseases the patient's body has ever fought. A blood sample could provide that kind of detail and context, according to the researchers.

"We know this partnership and the resulting work represent a big challenge," wrote Microsoft's Lee. "But we believe in the impact technology can have in healthcare, specifically how AI, the cloud and collaboration with our partners can come together and transform what is possible."

This project is a cornerstone of Microsoft's Healthcare NExT initiative, which launched in 2017. The initiative aims to empower innovators and bring together leading machine learning in healthcare capabilities to dramatically accelerate the diagnosis and treatment of autoimmune disorders, cancer and infectious disease.

Microsoft and Adaptive plan to share more details of their partnership on Jan. 10 at the JP Morgan Healthcare Conference in San Francisco.