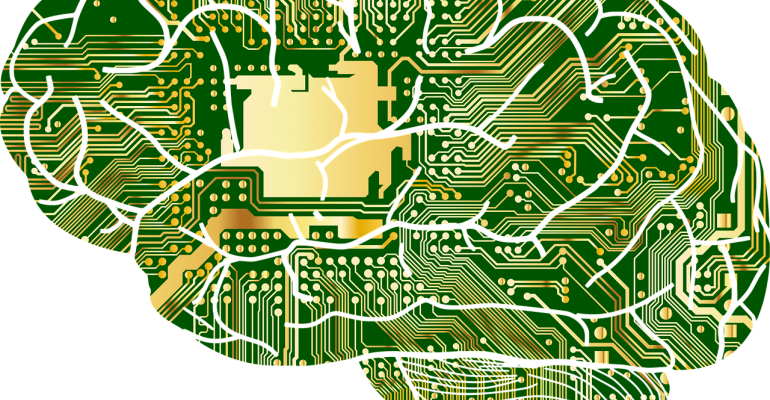 Artificial intelligence continues to integrate itself into the enterprise, with news this week focused on the labor-saving costs that the technology brings. Also: collaboration has proven cost savings, digital transformation spending is expected to top $1.18 trillion and it's possible for some workers to use Google apps offline.

Artificial intelligence continues to integrate itself into the enterprise, with news this week focused on the labor-saving costs that the technology brings. According to Juniper Research, AI-enhanced chatbots will save companies approximately $8 billion annually by 2022, compared to the $20 million they saved companies in 2017, a figure that could be fueled by information gathering and sales conversion optimization, according to Chatlets.ai cofounder and vice president Vivek Lakshman.

Amazon's hoping AI can improve Alexa's voice recognition; the company is presenting research showing how it used artificial intelligence to filter out background noise and thus help Alexa respond more readily to "wake words" that indicate a customer is highly motivated to interact with the Amazon ecosystem. To coincide with Earth Week, Microsoft announced its backing for six AI-based projects that will address climate change. The projects are part of Microsoft's overall AI for Earth venture, which has already awarded 230 grants aimed at four research areas: Climate change, agriculture, biodiversity, and waters. And IBM teamed up with a Brazilian company to automate how complex labor lawsuits are managed in Brazil's legal system. As the company explains:

Elaw looked at the five most common labor lawsuit claims — such as “I’m owed overtime wages” or “my salary should be the same as my colleague’s” — and identified the claims and factors that influence each lawsuit. This helps lawyers predict what legal approach could be more effective when dealing with that case.

Watson also learned how to monitor the status of existing cases. With the application programming interface (API), Elaw automatically taps into more than 90 different court software systems to keep a close watch on new subpoenas or sentences, as well as which cases are most likely to close.

Fortunately, there will always be room for human employment in the AI-powered enterprise -- we'll be there to train them for big-data solutions and make the decision on small-data problems, say several experts.

Chrome users can now work on Docs, Sheets, and Slides files if their device is offline or they have a bad internet connection within Google Drive, Google announced.

According to the Microsoft-commissioned Forrester study "The Total Economic Impact of Microsoft Teams," information workers who deployed the collaborative technology saved four hours a week in productivity while frontline employees saved an average of 45 minutes. In addition, weekly meetings were reduced by almost 19% and companies were able to eliminate 150 overnight business trips within three years.

Digital transformation spending is expected to reach $1.18 trillion in 2019, an increase of 17.9% over 2018, according to IDC research. The spending will be driven by automation, retail, transportation and manufacturing. From a technology perspective, hardware and services investments will account for more than 75% of all DX spending in 2019. Services spending will be led by IT services ($154 billion) and connectivity services ($102 billion).