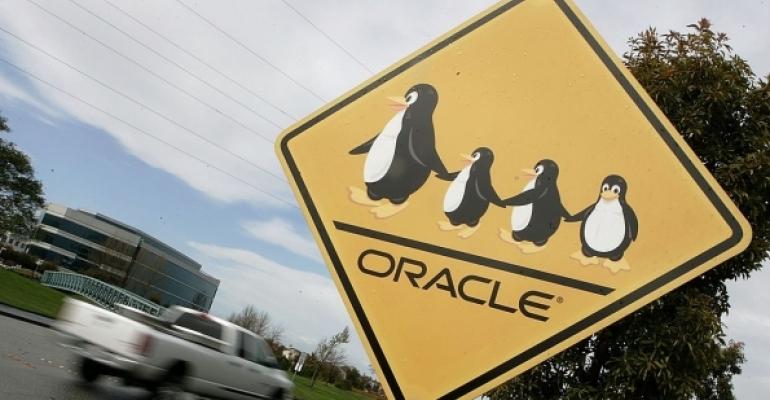 So Java Enterprise Edition has a new home.

Yesterday Oracle announced it's turning control of the platform over to the nonprofit Eclipse Foundation. On the surface, this makes a lot of sense, as the foundation's namesake project is the most widely used Java IDE. The announcement came just a month after Oracle said it was considering moving control of the platform to an open source foundation.

All of the details have yet to be ironed-out, but in a blog Oracle's David Delabassee said that Oracle-led Java EE and related GlassFish technologies, including RIs, TCKs, and associated project documentation, will be re-licensed to the foundation, presumably under the Eclipse Public License. In addition, the project will be rebranded with a not yet determined new name.

As for the later, Oracle is playing nice. "We intend to enable use of existing javax package names and component specification names for existing JSRs to provide continuity," Delabassee said. This should be a relief for sysadmins, DevOps and others who have to keep instances of Java EE up and running through upgrades and patches.

Oracle said it contacted several open source foundations while shopping for the platform's new home, but settled on Eclipse primarily because of its experience and involvement with Java EE and related technologies. Interestingly, Big Red also said it consulted with IBM and Red Hat -- with Oracle, the largest contributors to the Java EE platform -- "to solicit their support for this new direction." All three companies, by the way, are already members of the foundation.

This move might justifiably cause concerns for both users and developers. Since acquiring a long list of open source projects from Sun Microsystems in 2010, Oracle has developed a reputation for dumping open source projects that didn't fit its plans. The most notable example would be Open Office, which it dumped in the lap of the Apache Foundation where it quickly gained orphan status after a developer revolt resulted in the project being forked as LibreOffice.

In this case, there's a big difference. Enterprise Java remains important to Oracle as the backbone of its proprietary Java offerings.

There might be another difference as well. According to Rich Sharples, Red Hat's senior director of product management, Oracle might very well be beginning to understand how open source really works.

"It's just really encouraging," he told IT Pro. "We've been working with Oracle for decades around Java and this definitely does feel like a different Oracle. They are taking this very seriously. They are moving extremely quickly. That's just very encouraging and I think Oracle should take some credit for that."

Sharple should know more than a little about Oracle's relationship to open source. Before joining Red Hat in 2008, he spent nearly nine years at Sun, which was the source of much of Big Red's open source portfolio.

"Oracle has had kind of a patchy record with open source in the past," he added. "This does seem like they're looking at open source and collaboration differently than they have, so that's very encouraging."

For some time, Java EE developers have complained about the project's development environment under Oracle's stewardship, with many claiming that the company seemed to have little interest in the project. In December, Gartner declared the platform obsolete,based on reasons that could be tied to the snail-like pace of its development.

According to Sharple, the environment for those working to develop the project might now change for the better. "It's more than just a move to the Eclipse Foundation," he said. "It's a move to a more open collaborative enterprise Java."

"It still powers a big chunk of enterprise applications. It's got a huge installed base of many developers. What I think those folks have really missed over the last few years is a clear direction for it. Hopefully, that will come pretty soon. There's a whole bunch of logistical stuff to figure out on how to make this happen and move it forward, but once that starts to happen, I think there'll be a new level of energy around enterprise Java."

The scheduling for getting the upcoming changes on track is still pretty much up in the air. "Red Hat's part is still fairly peripheral," he said. "Oracle really has the lion's share of the work, and I can't really answer for them."

He expects that much of the timetable will probably be set by the time Oracle holds its JavaOne conference, which is scheduled for October 1-5 in San Francisco. "I suspect Oracle would want to make use of JavaOne to be able to talk about progress with enterprise Java," he said.

It goes without saying that Red Hat has its own priorities about where it would like to see Java EE go.

"Reinvigorating the Java EE brand," said Sharple. "We obviously have a vested interest. We have many customers who run on our JBoss EAP products; assuring they can sort of look forward to a bright future would be beneficial for us. Getting developers enthused about enterprise Java again would be great. Developers today have many choices, whereas a decade ago there were really only two for enterprise applications. We live in a different world today, so we have to insure that developers building new applications, not just maintaining old applications, use enterprise Java for these enterprise applications as a viable and exciting path forward."

Much work lies ahead and only time will tell if this change of command reinvigorates enterprise Java development as much as the platform's proponents would like.

"I think announcements alone are not very sufficient," Sharples said. "I think Oracle's done a good job so far, but you've got to follow with tangible actions. I do believe that Oracle understands that and they are pushing ahead as rapidly as they can, so that's good."