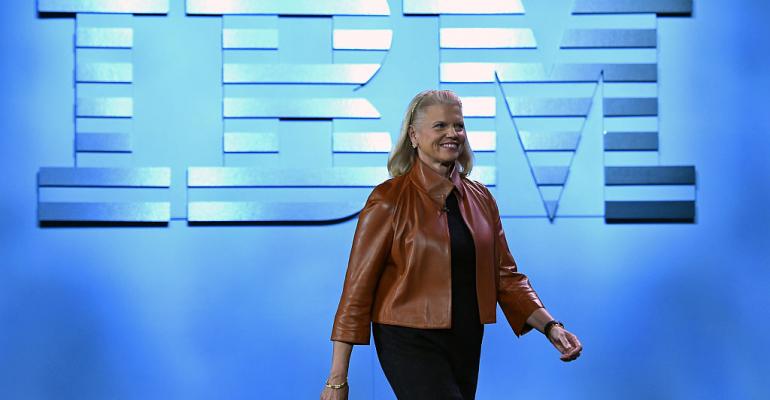 Big Blue's acquisition of Red Hat probably has very little to do with Linux and much to do with the cloud.

Many in the open source community have been anticipating Microsoft making an "embrace, extend, extinguish" move on Linux and open source ever since CEO Satya Nadella made his famous "Microsoft loves Linux" proclamation a few years back. If that was in Redmond's playbook, IBM just beat them to the punch.

In a Sunday surprise, IBM and Red Hat have announced that Big Blue is acquiring Red Hat in a deal that will see roughly $33.4 billion change hands. According to Red Hat's press release announcing the sale, IBM will acquire all of the issued and outstanding common shares of Red Hat for $190.00 per share in cash. Although this might appear to be a huge windfall for Red Hat shareholders, considering that the stock closed at $116.68 on Friday, it's not necessarily so good for those who have been holding the stock for a while. In June, the stock peaked at about $175.

Indeed, if you're wondering why IBM would pay a premium for the crown jewels of commercial Linux and open source, you should look no further than Red Hat cloud. When it comes to market share, IBM's public cloud has forever been stuck in third place behind Amazon Web Services (AWS) and Microsoft Azure and barely ahead of Google Cloud Platform.

IBM's president and CEO, Ginni Rometty, called the deal "a game changer" in a statement and added, "It changes everything about the cloud market. IBM will become the world’s #1 hybrid cloud provider, offering companies the only open cloud solution that will unlock the full value of the cloud for their businesses."

While it's not clear at this stage of the game whether the "number one" claim is fact or hyperbole, the purchase certainly announces to the world that Big Blue is serious about its cloud aspirations and that it doesn't intend to sit on its laurels and do nothing but watch as AWS continues to grab the brass ring.

The fact is that IBM's cloud position has never been as weak in reality as it might appear to the casual observer. It has a stable foundation of mostly large enterprise customers, pulled from relationships the company began nurturing and growing since the early days of computer tech in the 1950s. Until now, IBM's cloud focus has been to help conservative enterprise customers tread cautiously to the cloud.

"When people start to look at moving some of their franchise out to the cloud, the first step is to take what you have and start to move it there," Don Boulia, IBM GM of cloud developer services told me a few months back at VMware's virtualization event, VMWorld. "But then how do you augment? How do you get more value out of it? Those are probably less sexy from a headline perspective, but they're the stuff that moves the needle."

The Red Hat acquisition might help push that needle forward.

With Sunday's announced purchase, that program now belongs to IBM.

Beyond boosting IBM's cloud efforts, it's uncertain whether this acquisition will bring any further disruption to AWS and Azure, both of which not only sell Red Hat support subscriptions on their clouds, but which have special partnerships with Red Hat for handling a variety of workloads. Those might not be affected, at least not at first. IBM has indicated that it intends to make large amounts of funds available to grow its business, however, which could bring major changes to Red Hat's approach in the future.

For the time being, according to a statement from Red Hat's CEO, Jim Whitehurst, "Red Hat is still Red Hat. When the transaction closes ... we will be a distinct unit within IBM and I will report directly to Ginni [Rometty]. Our unwavering commitment to open source innovation remains unchanged. The independence IBM has committed to will allow Red Hat to continue building the broad ecosystem that enables customer choice and has been integral to open source’s success in the enterprise."

Some of the the unknowns should be answered on Monday morning in a scheduled a press teleconference with IBM's SVP of Hybrid Cloud, and Red Hat's executive VP and president of products and technologies, Paul Cormier. Stay tuned.

Needless to say, the open source community is a little apprehensive about the sale, as this takes Red Hat from being what is by far the largest pure play open source company on the planet to being just an open source subsidiary to what is essentially a proprietary company.

Soon after Bloomberg broke the news of the then-impending acquisition, Jim Jagielski, a co-founder and former president of the open source Apache Foundation tweeted, "Talk about a cultural divide. Best of luck to my old Red Hat coworkers and here’s hoping IBM sees the value of being hands off."

Simon Phipps, president of Open Source Initiative, the organization tasked with approving or disapproving open source licenses, expressed a similar sentiment by tweeting, "Let's hope this will be a reverse takeover in practice."

Even though IBM is no Red Hat or Canonical, it does share a long history with Linux. In the early 21st century, the open source operating system experienced its first big growth spurt after Big Blue invested $1 billion in Linux development.