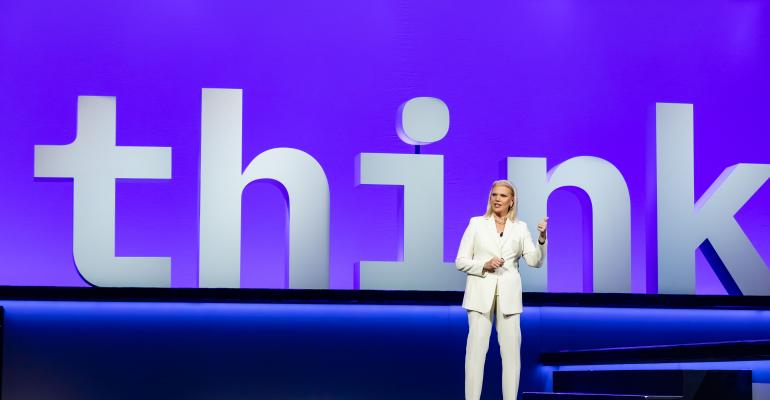 At IBM Think 2019 in San Francisco this week, openness was a major theme, which was to be expected since IBM announced its acquisition of Red Hat late last year.

SAN FRANCISCO -- Technology decisions used to be driven from top down at organizations, but in more recent times that has changed. According to IBM, nearly half of developers make the call on what technology they use. And many of these developers are opting for open source technologies.

At IBM Think 2019 in San Francisco this week, openness was a major theme, as could be expected since IBM announced its acquisition of Red Hat late last year. In her keynote on Tuesday, IBM CEO Ginni Rometty said that the next era of cloud adoption, of hybrid and multi-cloud, is “underpinned by this commitment to open.”

“It's why we are in the process of acquiring Red Hat, the leading open source enterprise company in the world,” Rometty said.

Much like with the reaction to the Github-Microsoft deal, there have been skeptics wondering if IBM will keep Red Hat as open as it needs to be. But Rometty tried to put their fears to rest on Thursday during an open source panel that brought together several open source leaders, including Jim Zemlin, executive director, Linux Foundation; Steve O’Grady, co-founder, RedMonk; Abby Kearns, executive director, Cloud Foundry Foundation; Andre Fuetsche, CTO, AT&T; and Marcelo Labre, executive director risk management division, Morgan Stanley.

“Companies that are successful today are being run as a digital business with a preference for open source,” O’Grady said, noting that developers have driven the growth of open source. RedMonk is a developer-focused analyst firm based in Portland, Maine, that’s been around since 2002.

Zemlin has seen the same as executive director of the Linux Foundation for over 12 years.

“Open source now powers almost every aspect of computing,” he said, including bleeding edge technologies. Open source makes innovation accessible to more people, he said, noting that you can’t keep up with this pace of innovation without the collective group.

One of the biggest challenges that plagues open source communities is companies taking without giving back. Rometty said this balance of give and take is critical to the health of open source projects, and that IBM strives to contribute more than it takes.

Fuetsche agrees with this sentiment. “You don’t want consumers coming in and sucking it dry, you need a virtuous cycle,” he said.

Kearns said a big part of her role as executive director for Cloud Foundry is trying to bring people to the table and keep them engaged. If you contribute, you get to shape the future of the technology, she said. Open source projects will flounder if they don’t have organic and sustainable contributions from all members of the community.

But how do you incentivize developers to take that time to contribute? O’Grady said that it could be as simple as flipping the script from a justification standpoint.

“Justify why something should be closed, not open,” he said, with open being the default approach.

Companies should encourage their developers to contribute to open source projects because it helps keep the hiring pipeline strong, Labre said.

Fuetsche said AT&T has incentivized its developers through a badge program that shows both internally and externally their open source skills and has also encouraged them to speak at industry events about their open source contributions, noting that travel can be a great motivator.

No conversation on open source can ignore the challenges around governance – but panelists agree that transparency is critical to its success.

It’s important that there isn’t a small group that has a strong grip over the project, Fuetsche said.

Labre adds that transparency should extend both internally within an organization and externally as well.

“There is no one governance model that will work for every project,” O’Grady said, but the most important factor is ensuring that expectations for how it will operate are shared. Without that shared understanding, an open source project can be doomed.