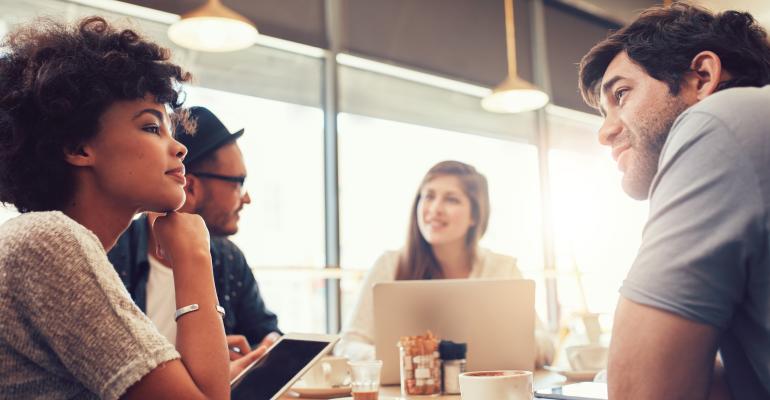 ITPro Today sat down with tool vendor HashiCorp's co-founder and CTO to get some advice on how startups can remain successful after their initial success.

As VMware's annual Las Vegas self-lovefest, VMworld, gets cranked up to full volume today, one thing that won't be in short supply among the vendors there pushing their wares will be startups. To be sure, plenty of established players -- IBM, HPE, Dell Technologies, Cisco, and pretty much everybody else -- will be present, but the real action will be the newer companies with innovative up and coming technologies that want to hook a ride to VMware's virtual wagon.

Just because you're a startup doesn't mean you were born yesterday or that you're struggling to keep the bills paid. For example, open source DevOps toolmaker HashiCorp will be there, a company that's hardly wet behind the ears. It has been around since 2012, and its tools -- from Vagrant and Packer to Terraform and Vault -- hardly need introduction to anyone who works to manage the software lifecycle from development to production deployment.

Related: Mitchell Hashimoto Talks About His Superpower and Why You Should Find Yours

Who better, we figured, to offer some advice to the startups that are just getting traction with their products. So last week we contacted Mitchell Hashimoto, HashiCorp's co-founder and CTO (a position he shares with the company's other co-founder, Armon Dadgar), to get some advice for those starting on the journey to find success navigating largely uncharted startup waters.

"When you found a startup, your idea at that point in time has some sort of future value to it," he said. "But eventually, that future comes and goes and you have to keep innovating from there. The question then becomes, what's next? Where do you go from there? The truth is, you don't control that future directly. There are external events that happen, and you have to adapt to those."

In other words, eventually a startup has to evolve beyond the product that gets them going. When success comes, you still have to work to stay ahead of the curve, to improve your offerings and keep them relevant.

"As a startup founder, the thing I sort of recommend that people sort of imagine is that you're going to be in this for a decade or more," he added. "The world's not going to stay still for a decade."

The problem, as Hashimoto sees it, is that predicting where the industry is going might be easier said than done.

"We went through the whole Docker phase a few years ago and the Kubernetes storm is happening right now," he said. "Those are things we anticipated to some extent, but you can never predict how it's going to settle out. One thing I always say to our engineers, and even our executive management, is if you wait until something is mainstream or something is safe, then you're too late. You're not going to be a market leader in something where you wait."

Coming up with the product that gets a startup off and running can be easier, because many startups are begun by developers working in the trenches who discover an itch that needs scratched while plying their trade. But after launching a startup, the business of maintaining and marketing a product takes these developers out of trenches, which makes finding the next itch that needs scratching more difficult.

Hashimoto understands this scenario well. His original work on the tools that were to eventually become the backbone of HashiCorp was done to fill needs he was finding at his job.

"You go from being a user of your own tools to being purely a creator of tools," he said. "In my case, I created the tools, but I also used them heavily on a day-to-day basis. I would work on them at night, go to work the next day, and I would use them. I would learn from that and go back and work on them again. I think the big risks of becoming a full time toolmaker is that you can lose sight of that."

So, how does a person running a small but growing startup know what itch needs to be scratched next? Hashimoto points to some tried-and-true methods, such as interviewing customers or conducting studies.

"But I still tend to believe that to build the best solution, you have to be solving your own problem," he said. "At HashiCorp, that manifests itself in a number of ways. We have an infrastructure team, a SaaS team, and others that dogfood our tools, so they tend to be users."

In addition, the company has a group of developer advocates with a mission to work with communities of users to help them integrate and work with HashiCorp's tools. "In the process they find pain points and communicate them back to us," he said.

His personal way of staying in touch is to block off a week each quarter as something of a working vacation in which he takes no meetings and "turns off Slack."

"For that week I still work on the computer," he said, "but all I'm doing is hacking some technology that isn't ours, but is like the latest and greatest technology. I try to use it with our tools to figure out how it fits, if it's painful, or if there are there new problems I'm experiencing. I think that's been super important. We've discovered some stuff that way."

Another thing that helps is to hire folks who have been using your products.

"Most of our hires are people that were using our tools full time and were passionate about it," he said. "They always bring fantastic new insight into the company that in a few years that individual wouldn't have any more."

Developers who suddenly find themselves in charge of their own startup might also want to assess their business abilities and perhaps hire someone else to take care of the business side of things. This is the route that Hashimoto and his co-founder took in 2016 when they took Dave McJannet on as CEO, a move that both believe to be their best business decision.

"Armon and I felt a couple years ago that the competitive edge we could give the company is from a technical side," he explained. "That's the skill we could bring to this company that we believe gives us the edge that startups need to be successful. It wasn't really the executive management, financing, sales, development, marketing, or those sorts of things that we could learn along the way. We felt like that wouldn't be putting our company at an advantage. We'd be playing come-from-behind in that aspect, and that's not what you really want to do.

"Just have fun. Don't forget why you're in it, which is to build good technology, solve problems, and have fun."