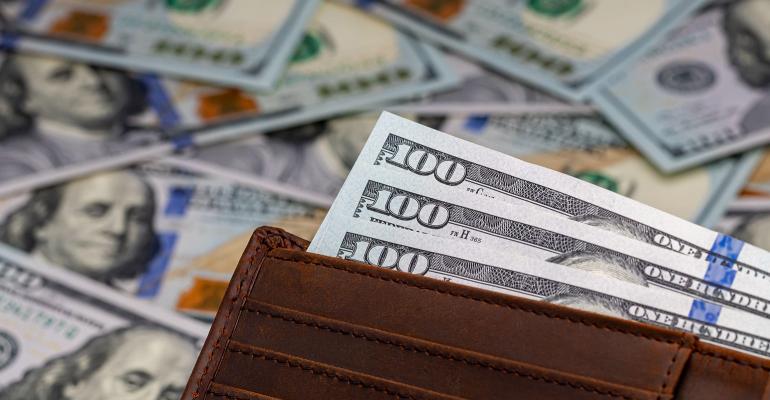 More than half of organizations plan to increase their tech budgets in 2023, with security and data warehousing being the top spending priorities.

Despite ongoing economic uncertainty, the majority of CXOs — 54% — plan to increase their total technology budgets for next year, and more than three-quarters say they plan to increase tech spending in the next five years.

These were among the results of a Battery survey of 100 CTOs, CIOs, CISOs, and other buyers from a range of industries — 85% of which work at companies with more than 1,000 employees.

The most surprising finding from the survey was just how inelastic the budgets are for enterprise technology, Scott Goering, Battery Ventures business development partner, said.

"While C-level technology buyers are being more conservative heading into the new economic environment, they are still, on average, increasing technology spend and investing for the future," he explained.

Despite the downturn, Goering said he expects to see buyers sharpening their pencils on new enterprise technology contracts.

As with every downturn, initial budget control efforts come in the form of vendor consolidation: trimming where there are multiple vendors in one space, he said.

Depending on the company, this can look like a "best of breed" approach or a "best of technology" approach, but we are not going to see an organization having five tools doing the same thing.

"We are also seeing budget prioritization around categories that are 'must haves' such as enterprise security and digital products," Goering added.

Security Is Priority No. 1 for Tech Spending

The survey also found that enterprise security and data warehouse are the top tech spending priorities, with 31% of respondents naming security as the top priority.

Data warehouse and data operations together claimed another 31% of respondents' top-priority slots.

"When I speak with enterprise CIOs and CTOs, the reasons for security and data topping the priority list are very different," Goering explained.

Data and analytics are where enterprises are playing offense, enabling the organization to understand their customer base, build engaging digital products, and optimize supply chain operations.

Conversely, the security stack is all about playing defense — with increasing boardroom conversations on the "hack of the week," robust cybersecurity has become a business imperative.

When it comes to IT hiring trends, there was good news in the report for those seeking a career as a full-stack engineer, DevOps specialist, or security and data engineer.

Nearly four in 10 (39%) of respondents listed full-stack engineers as one of their fastest-growing job segments, while back-end developers and front-end developers were also in high demand.

"We are in the early innings of technology transforming businesses, which is driving ongoing demand for modern architectures and environments, requiring strong and sustained demand for IT professionals," Goering said.

Those with a skill set focused on data, development, and security are also in a good position, as the vast majority (92%) of respondents said they expect their security budget to increase.

Organizations are also increasingly investing in artificial intelligence (AI) and machine learning (ML), with 79% of respondents expecting budget increases for these two technologies.

Goering added that in today's job market, tech pros should continue retooling on the latest wave: cloud-based products and platforms, an area that enterprise tech leaders expect to see sustained growth in the next several years.

The survey follows a global study by ManageEngine, which found technology leaders are increasingly dissatisfied with their role and their organization in the post-pandemic workforce.

A report from CompTIA released last month provided additional evidence of a strong job market for IT workers, despite recent headline-grabbing developments suggesting major tech corporations were putting the brakes on hiring.

The report noted that the tech unemployment rate fell to 2.1%, as companies across the economy added an estimated 84,000 tech workers in September.