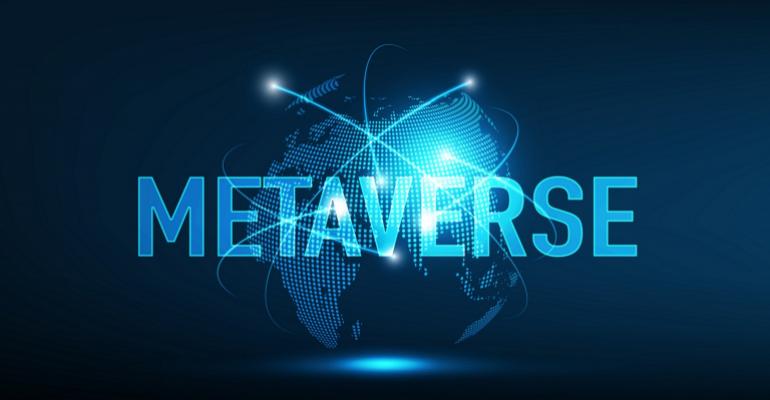 But a robust metaverse remains years away due to "serious" technological challenges.

Meta CEO Mark Zuckerberg said the metaverse is the “next chapter of the internet” but a robust virtual community remains years away.

He said the internet started as a text-based environment that transitioned to images with the advent of smartphones with cameras. Video was already available but the wireless telecom networks still needed to catch up to prevent slow load times. Then connectivity improved so videos became the popular way for people to share content and express themselves.

Related: Where Developers Fit in the Metaverse and Crypto Landscape

“The next logical step is basically having a medium where you can be immersed in it and you feel you’re right there with other people,” he said at the SXSW 2022 conference in Austin, Texas. That would be the metaverse.

The VR/AR features of the metaverse will enable the next stage of personal expression since people have always wanted to share experiences in the richest way that they can.

Importantly, the metaverse also lowers geographical boundaries. Upward mobility is tied to geography and the opportunities present in the places where people live. In a virtual world, those barriers will come down so anyone will have the opportunity to prosper, he said.

To achieve these ends, Meta is helping to build key foundational technology. “Our goal is to help build the technology to bring the metaverse to light,” he said.

Zuckerberg said the development of the metaverse will come online in “pieces” and a robust version of the virtual community remains years away. He added that Meta has a 10- to 15-year roadmap on where they want to go with the metaverse.

In the meantime, he said he was excited to work on solving various scientific and engineering problems for the metaverse to be fully realized.

“There are a bunch. We are running into a lot of problems,” Zuckerberg said. There are problems in VR, AR, avatars, social presence, backend computing infrastructure, among others.

For VR, one challenge is that when people move their head in a virtual environment, the computer must paint the scene in five to 10 milliseconds to match what the eyes see. “If you don’t, people get motion sick,” he said.

The other challenge is to make the headset small so people will use it. That means most of the rendering computations must not be in the headset but rather done remotely, getting content over the internet, he said. Then, this virtual world must be rendered in five to 10 seconds.

Moreover, to enable remote rendering, telecommunications companies across the world must deploy advanced networks. This will take time since they have to agree on standards, among other issues. “Think how long it took to go from 4G to 5G,” he said.

Remote rendering will probably come to pass “maybe by the end of the decade,” he said.

Meta’s VR headset -- Oculus Quest 2 -- is an advancement over the prior version, but more improvements will come in newer versions, he said.

For augmented reality, where an avatar or other digital image is placed in the real world, “we probably are still a few years off,” he said. While Microsoft has developed the HoloLens headset, “it’s not a form factor you can wear down the street.”

“It has to look good to be socially acceptable,” Zuckerberg said. That means it has to be as thin as perhaps 5 millimeters (one-fifth of an inch), and can house a super computer with a display that has a hologram projector built into it with speakers. Lasers will track eye movements to project holograms into the world.

A big challenge is to put all of this computing power in a small, stylish device that also must be affordable, he said.

“The lens has to be as thin as possible to look like normal glasses,” he said. “No one has solved that yet.”

Zuckerberg said Facebook had partnered with Ray-Ban to introduce smart glasses, but it is “not full AR.” Over time, technology will advance such that regular-looking glasses will be able to offer full AR, and then keep improving from there.

But once this is done right, users can have holograms of their friends sitting on their real couch at home. “That’s a mind-blowingly awesome thing,” Zuckerberg said.