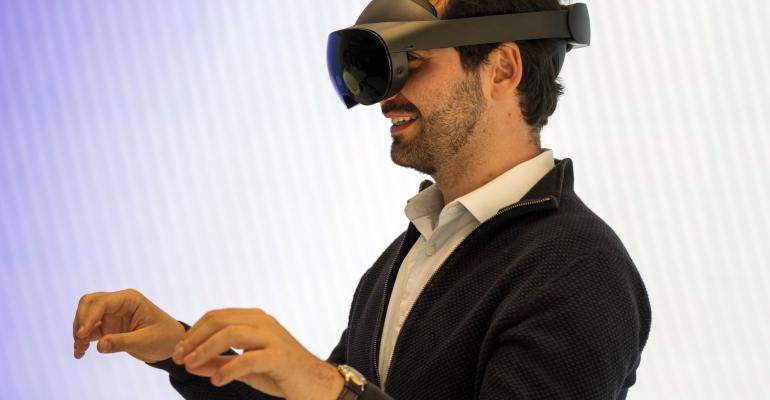 Recent layoffs are a sign not just of over-investment in the sector, but of deeper, structural issues that may take many years to resolve.

(Bloomberg Opinion/Allison Schrager) — It's tempting to dismiss the mass layoffs and collapsing stock prices in the tech sector as just another blip in the tech boom-and-bust cycle. Technology firms may make up 36% of the S&P 500, but they represent only 0.3% of workers. These are mostly highly skilled people who will probably find other jobs quickly, so there is reason to hope that this is a necessary correction to an overinflated sector of the economy and that right-sizing won't cause wider damage.

But the fact that productivity in the US is also falling is worth noting, and suggests that what's happening in tech could mean something much deeper is wrong.

The tech economy has yet to live up to its promise. Earlier bursts of technology changed lives: Indoor plumbing is pretty amazing, and so was electricity, the power loom and the telegraph! These not only transformed the human experience, increased living standards and freed us from hard labor, they brought unprecedented gains in productivity and wealth.

So it has been something of a mystery that we live in a time with so many innovations that change just about everything about how we live and work, yet productivity numbers aren't nearly as impressive as they were in the early 20th century. 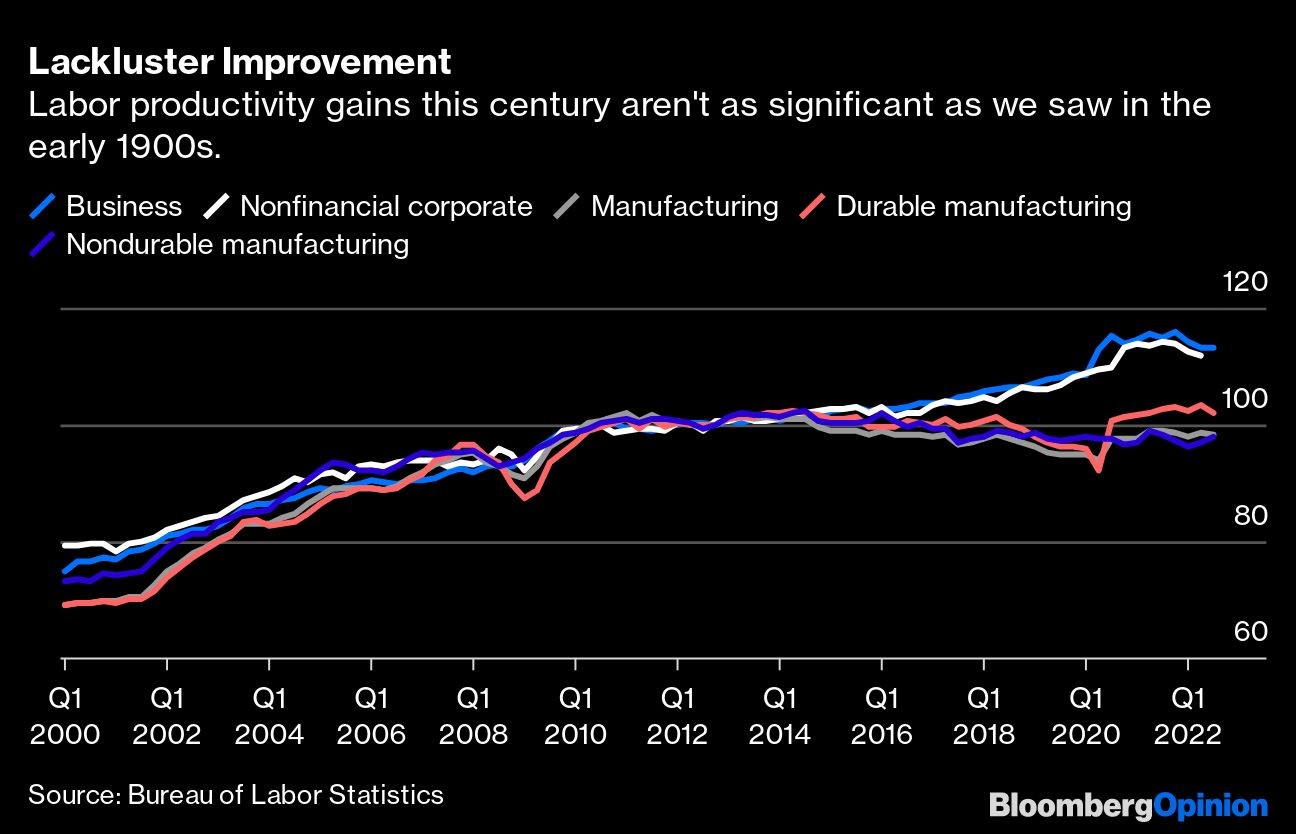 Still, I was optimistic — perhaps we just didn't know how to fully take advantage of these tech innovations. Then the pandemic came and suddenly tech seemed to revolutionize the human experience the same way industrialization did. Instead of mass-produced cloth and entertainment (from record players, television and radio), we could scale human interaction in ways that seemed equally momentous. It turned out you could have meetings, attend a fitness class and shop for pretty much anything from the comfort of your home. Perhaps, it seemed, the pandemic would push us to adapt in ways that would bring the long-awaited boost in productivity and wealth for all.

And for a while, it seemed like it did. Productivity, measured by output-per-hours-worked, spiked in 2020 and 2021. But in the last two quarters, productivity numbers declined. 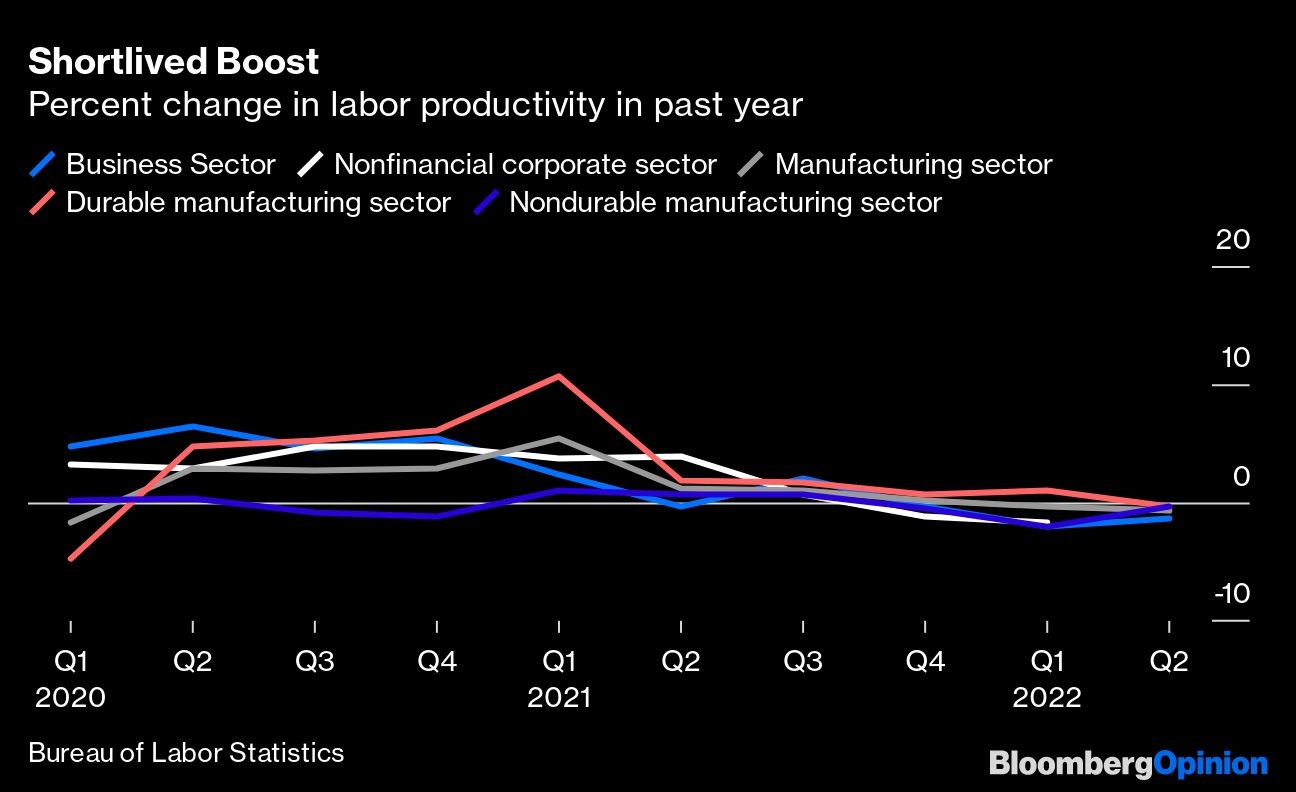 Many tech companies — the ones that are supposed to change the world — are laying off workers for the first time in years, and productivity-per-worker is falling. Even old stalwarts' forays into tech, such as Walt Disney Co., are finding their streaming platforms aren't producing the revenue they hoped. Crypto, the currency of technology, doesn't appear to be the alternative to government currency that we never knew we needed. Even Beyond Meat, a tech answer to our meat consumption, is failing to deliver.

In some ways, we should have seen it coming: Years of low interest rates meant easy, cheap money, an environment that favored high-risk, high-growth stocks and debt-fueled expansion. Many tech companies were overvalued or should never have existed at all. A pullback in risk can even be healthy because it separates the wheat from the chaff — or the Googles from the Pets.com.  So perhaps, as this research note proposes, what's happening in tech won't spread to the larger economy.

But falling productivity is economy-wide and it suggests tech could be due for a more structural reckoning. During the pandemic, firms of all kinds adopted the technologies that were supposed to make us more productive, such as work-from-home and the automation of all kinds of services, from restaurant ordering to health-care screenings. And while some workers may have been quietly quitting, you'd think the use of labor-saving technology would make up for it. Think of all the time we save by not having to commute, or by skipping the small talk with co-workers, or just by using the self-checkout.

Instead, the boost to productivity was only temporary. And the layoffs are a symptom of that productivity problem, not just of overinvestment. When people went back to their more normal lives, much of the new demand went away. There also has been a notable decline in product quality that may be due in part to the fact that tech products rely on old data in a world that has changed. Or maybe rather than making us more productive, technology is making us feel more isolated and depressed. Hybrid work can save time and make us more efficient, but it's also toxic for workplace culture. Productivity might rise initially, but less collaboration and engagement can harm productivity over time.

If so, it could be that we have over invested in many of the wrong kinds of technology. Maybe replacing human contact and never leaving home isn't the future, and the recent bubble will be followed by a recession like 2001, when the tech bubble spilled over into the larger economy and caused widespread layoffs and wealth destruction. Longer term it could mean years of stagnation until we update our data and figure out better uses of technology.

Recent events have certainly justified skepticism of big tech's promise. Though it's still too soon to write off the tech revolution as a dud, it's at least a reminder that progress — often the most important kind of progress — doesn't follow a monotonic path. Often there are many steps forward, followed by overinvesting in the wrong areas, and then a few steps back. Progress is messy and unpredictable. The steam engine took more than 100 years to appear in productivity numbers, so I still hold out hope for our newest wave of technology.