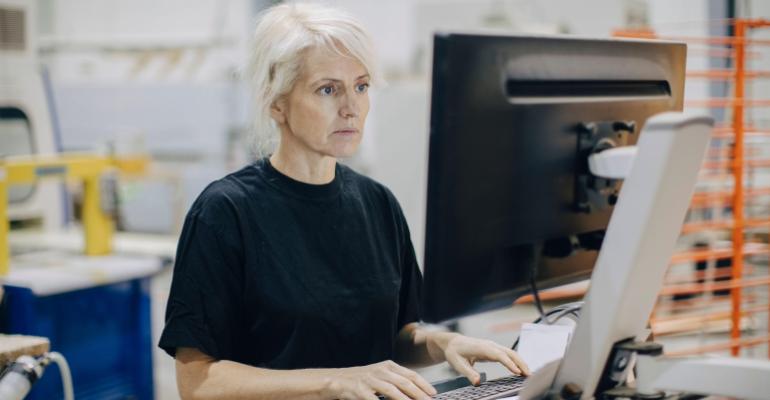 IT departments have been performing heroically since the pandemic, but even more could have been done if IT decision-makers had better support, a new report finds.

Technology leaders are increasingly dissatisfied with their role and their organization in the post-pandemic workforce, with around half ready to quit their current job without flexible work options or the ability to advance in their career.

These were among the findings of a ManageEngine global study of 3,300 decision-makers, which also indicated tech leaders are feeling IT could drive even greater innovation in the business if they had a stronger leadership position.

"The finding that strikes me as most surprising is that fact that nearly 81% of IT decision-makers think their company should have supported them more in the last two years," said Vijay Sundaram, chief strategy officer at ManageEngine's parent company Zoho.

How IT Heroes Could Have Been Even More Heroic

IT departments overall have been performing heroically over the past two years, and "everybody knows it," he said.

Related: Understaffing a Major Concern for IT Pros: Report

"In organizations of every size and in every sector, IT decision-makers made it possible for companies to survive and, in many cases, thrive as they adapted to remote work and accelerated digitization," Sundaram said. "So, the surprise is that these IT heroes — 81% of them — are essentially saying that they could have performed even more heroically if they had been better supported."

The finding indicates these IT pros believe there's more they could be doing, more to be done, more opportunities to improve IT infrastructure and business performance.

"IT decision-makers clearly see the way forward when it comes to leveraging technology to advance their organizations, and they're asking for the support they need to make that happen," Sundaram explained.

"IT heroes … could have performed even more heroically if they had been better supported."

Progressive IT leaders understand the role that IT plays in redefining business today and demand involvement in those decision-making processes, he said.

"Many IT leaders realize that while their current organization may be stuck in how it engages with IT and incorporates IT leaders into functional business decisions, other businesses are not," he said.

Many IT decision-makers are looking for a new job because they don't want to wait five years to realize the potential to learn new skills and have more responsibility or guide change within the organization.

Sundaram advises companies to encourage their IT leaders to proactively evolve themselves and their teams.

"This evolution will include developing new skills, both in technology and in business," he said. "They should also be encouraged to reorganize the IT department — and its staff — in ways that best respond to the demands of the business."

This might take the form of a hybrid model in which the central IT department handles some IT projects, while other projects are handled by the IT staff and IT-savvy members embedded within business units.

Give IT Leaders More Say About Business Matters

In addition, Sundaram said companies should start thinking about giving IT leaders a voice in business matters, especially when it comes to anticipating ways departments can leverage technology in pursuit of new business opportunities, e.g., adopting AI to gain deeper insights into customer behavior.

"By encouraging IT leaders to take a proactive role in business, most companies will have technology-powered options that otherwise may have been overlooked," he said. "And they'll have IT leaders who are deeply involved with, and appreciated by, the organization as a whole."

The survey also indicated that while IT is considered essential to the executive leadership of organizations, there are limits to its power, with non-IT departments holding autonomy in purchasing apps, IT software, and devices, and hiring tech talent.

Sundaram said a more proactive role for IT would be to find how to get more from less — i.e., drive additional productivity when the economy slows.

Another area where IT leaders can most effectively argue for more control over budget resources — especially as economic headwinds gather — is in cost control.

"Cost cutting is common during periods of economic stress," Sundaram noted. "IT has proliferated across the organization as the number of applications has swelled, and cloud and SaaS [software as a service] have made them easy to access and deploy from anywhere."

This has increased both the supply and demand for business process apps in the search of increasing business productivity.

Sundaram pointed to a Statistica report that found companies with more than 1,000 employees have almost 200 SaaS applications.

"Cost-cutting measures will force companies to look for underuse and overlaps," Sundaram said. "IT leaders can proactively audit their organizational data to bring visibility to marginal investments and can help quantify the gains and develop strategies for alternative investments that generate more value."