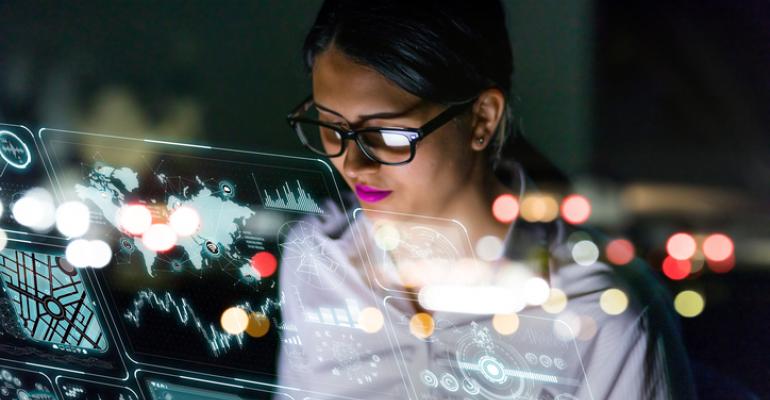 Not enough IT workers are seeking the skills needed to support IoT in the next few years, according to the former CTO of California.

As internet of things use grows, an additional 200,000 IT workers will be needed to support the technology, but the supply of needed workers doesn't appear to be lining up with the demand.

And that's a significant problem, says PK Agarwal, the CEO and regional dean of Northeastern University's Silicon Valley campus and the former chief technology officer of the State of California.

Related: IT Pros That Skip Training, Certification Miss Out on Salary Increases

"For the foreseeable future, at least in the next five years, the gap between demand and supply will continue to grow" for trained and qualified workers in the IoT field, Agarwal told ITPro in an interview.

"We are looking at, in a couple of years, a market size for IoT exceeding $1 trillion," said Agarwal. "We're talking to companies all the time [about their IT staffing needs]. When you start talking about new markets of that size, including the whole field of data analytics, that's just exploding."

Similar IT worker shortages are also expected to occur in other non-legacy IT fields, such as artificial intelligence, machine learning and other emerging technologies, based on the number of students in schools today, he said. These significant shortages of skilled IT workers mean that those fields could see stifled development because of a lack of talented workers to meet their needs, he said.

"Those to me are the new emerging technology areas that are going to reach maturity in the next few years," he said.

Agarwal's views are bolstered by a survey conducted in July by Northeastern University-Silicon Valley, which asked some 500 members of the Institute of Electrical and Electronics Engineers (IEEE) about their thoughts on the burgeoning IoT field.

About 37.8 percent of the surveyed engineers said that data aggregation and data analysis ranked as the biggest IoT challenges today, while another 25.7 percent of the respondents cited inadequate skill levels of workers today as the industry's main obstacle.

The survey also found that 58.8 percent of the respondents listed the need for communications skills, including an ability to explain ideas or concepts clearly and effectively, as part of the needed IT and IoT skills today.

The need to create a comprehensive IoT strategy for their companies was listed by only 6.4 percent of respondents as their top IoT challenge.

As difficult as the IT worker shortages appear today, things look even darker long-term unless changes happen, said Agarwal.

"If you look at the [latest] federal [estimates], there are supply to demand gaps of 1 million people" in IT fields, he said. "And every company wants to find people with two to five years of experience. There has been very little action on this."

And while STEM (Science, Technology and Math) programs across the nation involve an increasing number of school students today, those kids entering the workforce are still up to 15 years away, he added.

To help bring in more potential workers soon, Northeastern University is operating an ALIGN program to help students earn masters of science degrees while getting some paid job experience, as well as separate short-term boot camps in data analytics and other high-demand fields to help train students for fields where demand for skilled workers is high.

"It's our way of creating a solution," said Agarwal. "We all make a difference in the ways we can. We can't solve the whole problem. We're trying to create the workforce of the future."

The school will also hold an "Impacting Climate Change IoT Hackathon" on Nov. 18 at its Silicon Valley campus in San Jose, Calif., to attract interested participants who want to explore hands-on IoT possibilities. It will be the school's second annual Hackathon in its Cisco IoT Lab. The climate change theme was selected due to the nation's recent disasters involving wildfires and hurricanes.