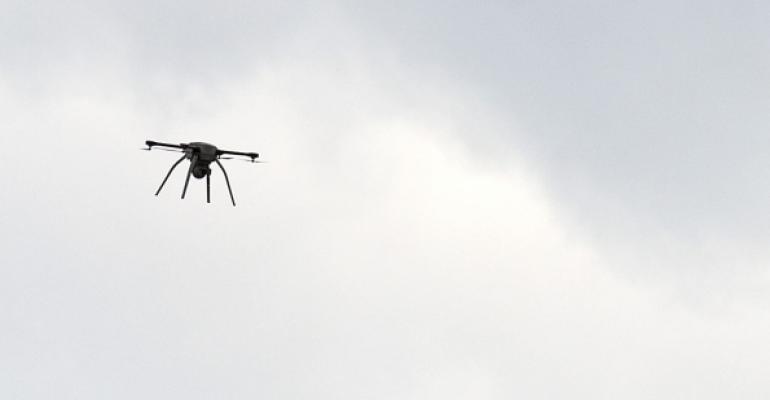 Drones are expanding the reach of mobile IoT and can be a low-cost and less dangerous way to address issues in the field.

Unmanned aerial vehicles—more popularly known as “drones”—have turned the Wright brothers’ dream of manned flight on its ear by introducing pilotless flying machines to the airways.

Drones can be used for a variety of endeavors, from the solemn task of remote warfare to the antics of amateur aviators.  But there’s a lot more drone activity filling the gap between military tool and hobbyist toys as enterprises have begun to appreciate the operational and economic benefits of drone-enabled functions.

Drones range in size from barely a foot in length to the size of a small airplane, depending on the task at hand. Of those tasks, some of the more intriguing applications have appeared in Internet of Things/Industrial IIoT/IIoT environments. Drones can effectively add mobile IoT endpoints to extend a network beyond what would otherwise be physical limitations. This has become critical as many enterprise processes take place at the edge of the network. In turn, drone technology has extended many mobile IoT devices’ capabilities into new territory at the edge.

“I think drones are very much IoT devices and there’s a lot of overlap in terms of technology and also customers and use cases,” noted Adam Bry, CEO of Skydio, a Redwood City, CA manufacturer of drone hardware and software.

Variously referred to as unmanned aerial vehicles (UAV) or unmanned aircraft systems (UAS), drones are uniquely able to explore and report on locations that may be inaccessible via other means. In an IoT setting, a drone could act as a mobile sensor to gather data and relay it back to a cloud app or some other analytics service.

Drones can also be used as remote inspection devices to help maintain IoT endpoints and other components. For example, a drone can check on the physical condition of tower-based sensors or other IoT-connected gear, thus eliminating the need for potentially dangerous in-person inspections. In some cases, it might be possible to use a drone to effect the necessary maintenance activities or device repairs. At the least, it’s a fast, safe and economical way to keep an eye on critical equipment.

Customer adoption tracks with market projections as well. In a survey fielded by DroneDeploy, a drone software provider, of 140 of its customers, 53% said they expected to increase spending for drones and drone software in 2020. The company’s findings, detailed in its ”State of the Drone Market 2020: Scale and Growth” report, also noted that less than 5% of respondents anticipated reducing drone spending.

Despite this promising news, drone technology is a nascent industry, albeit with potential and room to grow, particularly in IoT environments. “It’s … still the Wild West really from a product and technology perspective,” Bry said.

How Drone Technology Is Used and Why

The Gartner report indicated that drones are currently most widely used by the construction industry, followed by fire monitoring services, insurance companies and police departments. Over the next several years, all these sectors are expected to double their use of drones.

A survey conducted by Drone Industry Insights (DII), with results published in the drone market research organization’s “Drone Industry Barometer 2020” report, indicated that inspection/maintenance was the top drone use case as noted by 35% of drone service providers and 18% of business users, respectively. Other key uses included mapping (25%/16%), surveying (15%/33%) and photography or filming (16%/19%).

A few industries have pioneered in the use of drones as extensions to their IoT environments or as a complement to other data gathering processes.

Energy companies are adding drone-enabled inspections to their extensive IoT infrastructures. Drones can easily fly over and visually scan powerlines, wind turbines and other generation and transmission gear—tasks that would otherwise have to be undertaken manually or might not be doable at all. The drone mantra of faster, cheaper and safer makes their use particularly attractive for electricity providers.

Agribusiness represents another drone pioneering vertical. Large farms already rely on IoT-connected sensors to gauge watering, soil quality and other key metrics. But many farms have added drone-borne sensoring equipment to their arsenals. The drones collect some of the same information as the connected sensors, but they can go beyond more basic information with data gathered using advanced techniques such as infrared photography and other aerial imagery.

The construction and insurance industries have also been natural fits for drone technology, as it enables them to inspect sites and structures easily and without requiring workers to be present on-site.

Skydio’s Bry described how the North Carolina Department of Transportation uses Skydio hardware and software to inspect the undersides and supporting structures of bridges.

“This is a use case where in the past we’d use what’s called a snooper truck, which is a giant piece of machinery that drives along the top of the bridge and then hangs a person underneath on a big cantilevered arm, which is very expensive and dangerous.” Bry said.

Needless to say, using a drone in lieu of the snooper truck avoided much of the expense and danger of the previous approach. The Skydio drone’s ability to operate autonomously is critical in this case, as the drone may have to fly beyond the line of sight of the operator.

Given the variety of tasks that drones can handle, they need to carry specialized equipment to both collect data and transfer the data to IoT end points or other facilities for analysis.

Basic drone gear will include navigational and communications devices such as GPS and Wi-Fi or LTE radios to transmit data.

Cameras—from still and video cameras to more sophisticated imaging devices—are also basic components of drones’ toolsets. Depending on their applications, drones may also carry heat or moisture sensing gear. Imaging data can now be processed in real time, making drones look like any other data-gathering device attached to an IoT.

Drones can also be used to transport goods—as most prominently demonstrated by Amazon’s tests of drone-based delivery of online sales merchandise.

Drones are typically equipped with two types of software. The software that’s closely coupled with the drone hardware manipulates the drone and the gear to keep it aloft while connecting it back to an operator who controls the drone’s flight path. The second type of software is the application—the programs that enables the drone to complete its specific task and to gather relevant information.

Currently, there are no standards for the control or the application software, so a potential purchaser must be aware that the application software usually has to be customized to work with a specific manufacturer’s drone and its basic operating system. As a result, you have to ensure that the software you need can actually run on the drone hardware you intended to acquire. Skydio, for example, markets some applications software, such as Skydio 3D Scan and Skydio House Scan, with its drones, and also partners with third-party drone software makers for other applications. And, of course, a potential user has to confirm that the format of the data that the drone collects and disseminates is consistent with other formats currently used by the data analysis programs already in place. Some integration work may be required.

Every manufacturer generally has its own SDKs [software development kits] that work as APIs [application programming interfaces] so that you can install different apps, have different controls, and have different automation,” noted Benowitz.

Another consideration is the type of communications the drone is equipped with, and how easily it will integrate with an existing IoT or other networked environment.

“There are proprietary forms of communication, and most of the drone to remote controller communication is proprietary,” said Benowitz, “and generally, it’s encrypted under AES-256.”

While most drones use Wi-Fi or a proprietary variation of that standard, LTE broadband is a looming alternative. This could be enabled by incorporating a SIM chip into the drone which would allow it to leverage 4G or 5G technology to significantly extend its operational range.

“I think over time LTE will become a really critical ingredient for the industry,” said Skydio’s Bry.

Increasing range isn’t only a technological hurdle. FAA regulations currently limit flying drones “beyond visual line of sight” and over people or at night. To operate a drone under any of those conditions requires a waiver from the FAA and possibly passing a test that demonstrates an operator’s piloting skills.

Yet another range issue is battery life. The battery has to power the drone’s flight and data collection and transmission, so short battery life means shorter and more frequent missions. Battery technology has improved and—as with other battery enabled transportation devices—the technology is receiving a lot of attention and development. A French company, xSun, is attempting to address the battery issue by equipping its drones with solar cells.

“I would say for the majority of applications battery life isn’t a huge issue,” Benowitz noted. “If you’re doing an automated imaging mission the drones are automated enough where when you need to swap batteries, it’ll just come back, you’ll swap in the battery and it’ll go back to its job.”

Other developments to watch for include sophisticated docking devices that can recharge and launch autonomous drones, and for traffic management systems that will provide more sophisticated flight controls.

Given what they can accomplish in certain environments, drones can be extremely economical solutions—especially if the alternatives are manned flights in helicopters or other aircraft.

The cost of a drone will largely depend on its application—what it is expected to do, for how long and in what conditions. That said, a commercial drone can be nearly as inexpensive as a consumer model, costing a thousand or so dollars. Drones intended for industrial use, however, are pricier, of course, but generally still fall into the “thousands of dollars” range, rather than tens of thousands.

For most businesses, that modest price tag would make drones a very affordable alternative as an addition to an IoT/IIoT infrastructure.