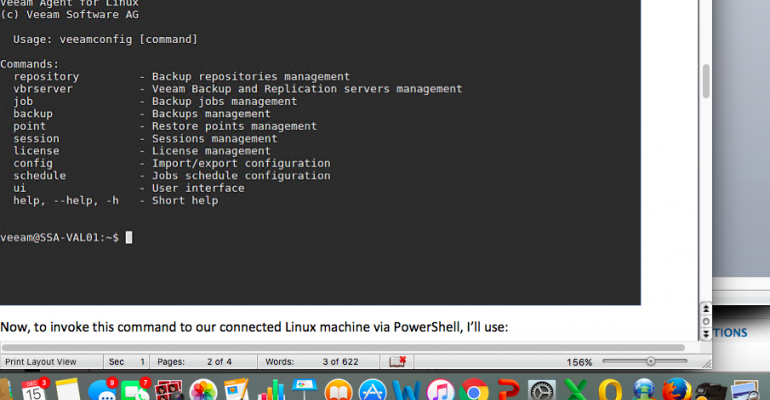 Linux + PowerShell = Awesome, Not Awkward, Together!

How many of you have to deal with both Windows and Linux machines at the same time? I guess quite a few. And, wouldn’t it be cool if you could manage both from a single PowerShell console? In this post, I’ll show you how to manage your Linux system via PowerShell by invoking SSH commands. It can be any Linux machine: physical, virtual or one in the public cloud.

While we are still waiting for Microsoft to add SSH support to Windows, we can leverage the tool called Posh-SSH. All you need to add it to PowerShell is the command:

Once you have added SSH functionality, check your available commands:

You’ll get a whole list of commands, but, before using them, let’s connect to our Linux machine by creating a new SSH session:

Now, as a proof of concept, let’s try something simple: getting a machine’s hostname. As a side note: In all of the following commands, I’m going to add Format-List -Property Output to hide all of the sections except for the output.

As you can see, our Linux machine has just returned us its hostname! So, now that we have proven that this is working, let’s try using some applications. I’m going to show it on the example of a free version of Veeam Agent for Linux.

I’m going to use

This is a command that launches the configuration of Veeam Agent for Linux. This is what you see in Linux shell when you use it:

Now, to invoke this command to our connected Linux machine via PowerShell, I’ll use:

As you can see on the screenshot, the length of the output is very limited and most of it is cut. But for the sake of the demo, let’s get the full output. To do that, I’ll apply a command that removes the string length limit and try again:

Now the output is not truncated, and we can see all of the text, but it still doesn’t look like it does in native Linux shell. Thus, we need to apply some formatting. In this particular case, I need to remove several spaces in a row and make line breaks:

This looks pretty similar to what we are looking for. Not perfect, but it’s much more readable.

So this proof of concept works pretty well. You can invoke the SSH commands directly to your Linux machine and even get the appropriate output if you apply some string formatting. I asked my fellow IT pros if they had already thought of combining PowerShell and SSH in one place, and the vast majority of them had not. However, all of them immediately got excited with the possibilities this opens, so I encourage you to try it out for yourselves and have fun

Dmitry Kniazev is a technical product marketing coordinator for Veeam and is based in Saint Petersburg, Russia. Dmitry specializes in virtualization, Linux and data Availability. Read Dmitry's blog at VMDK.CO.

Sponsor Content
Why ReFS Is the Recommended File System for Windows Server 2016
Oct 25, 2016