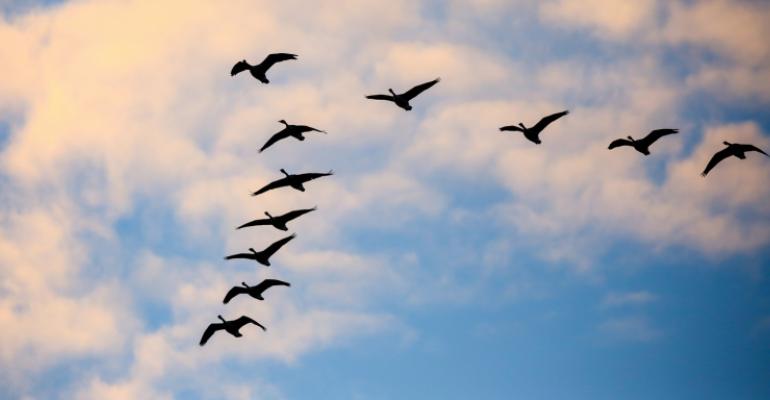 By embracing the cloud, one of Canada's largest grocery chains solved a key problem it had, and in the process also revitalized its IT staff.

There are a number of reasons why brick and mortar retailers move to the cloud, one being the fear of failure one day of the year: Black Friday. That’s why Loblaw Digital, the e-commerce division of Canadian grocery chain Loblaws Inc., embarked on a journey to the cloud.

Loblaw Digital supports not only online grocery shopping, but the PC Optimum loyalty points online program and the Joe Fresh clothing brand online, said Hesham Fahmy, the group’s vice president of technology. Loblaws now hosts the customer-facing side of those efforts within Google Cloud, and also hosts much of the data, including online transactional data, in the cloud. Data from offline transactions that occur in stores and point-of-sale systems is streamed into the cloud, where trend analysis and analytics operations can occur.

"It creates for us a very rich data set, and then we're able to do a lot of personalization on the customer experiences," Fahmy said.

Getting Ready for the Move to the Cloud

Moving to the cloud is a multistep process, and the first step for Loblaw Digital was making sure the data pipes and interconnects were in place, to be sure a move to the cloud could even be an option in the first place, Fahmy said.

Fahmy's team then worked, where possible, to get applications into containers to create a common unit for deployment. Having applications containerized made it easier to move them to the cloud, to run in the Kubernetes container orchestration system, he said.

Fahmy's team also had to manage some migration away from Oracle databases.

"We migrated some our databases off Oracle, not because we had anything in Oracle, but … part of the beauty of the cloud is I'd rather have my engineers working on building customer features rather than managing infrastructure," he said. "So, we moved to Cloud SQL, where it's managed now by Google."

While Loblaw Digital migrated a lot of assets to the cloud, a fair amount of data will stay in data centers for some time to come, Fahmy said. For example, he said his team didn't want to impact running point-of sale applications. For those components, data pipes and data streams were built using Apache Kafka to stream transaction data to the cloud, where the Google Cloud BigQuery analytics data warehouse is utilized, he said.

How to Manage On-Premises and Cloud in Unified Approach

Having both on-premises and in-the-cloud assets can be a challenge for any organization, leading to complexity. To help alleviate that concern, Loblaws is using Google Anthos, which integrates several technologies, including the Kubernetes container orchestration system, to enable unified management of hybrid environments.

"One of the big draws for us in moving to the cloud is that whole notion of security by policy and infrastructure as code," Fahmy said.

With the infrastructure as code approach, setup is declarative and the only version of an organization’s infrastructure is exactly what's checked in version control, Fahmy said. He added that with Anthos, there is common denominator and a standard way for his group to manage infrastructure.

"It's always a struggle to keep someone engaged if what they're doing are … menial tasks, and they're not … evolving or building or doing development in the platform," he said. "So, this has actually allowed me to retain talent a lot better, because now instead of having people trying to stay up 24/7 restarting servers and everything, they're … spending their time building modules and … working on more interesting things."

The Cost Question and the Peril of Black Friday

Innovation and developer retention issues aside, for Loblaws a motivating factor for moving to the cloud was to survive the deluge of traffic that comes on Black Friday.

"Our journey was driven by necessity; it was really driven by the fear of Black Friday," Fahmy said. "Prior to last year, there had never been a Black Friday where our systems hadn't gone down, and it was always due to capacity reasons."

For Loblaws, the ability to stay online and available during Black Friday was a key consideration when deciding the value of the cloud. With the last Black Friday, Fahmy said Loblaw Digital saw its highest ever traffic volume and was up 100 percent of the time.

"If you're down for a couple hours, that's millions of dollars, a lot of sales and brand reputation [lost], so right there, you can make the business case for cloud," he said.

That said, the cloud is not necessarily cheaper than on-premises. One challenge is accounting for costs, according to Fahmy. Instead of capital expense, cloud is an operational expense, which can have a different accounting impact on the bottom line for a business.

Overall, Fahmy said the value for each dollar spent is now higher with the cloud. It isn't costing less to use the cloud than it does to use on-premises data centers, but the dollars are going further with the same amount of spending.

"This wasn't a cost exercise; this is a capability exercise," Fahmy said. "By going down this journey with cloud, we're opening up a lot of capabilities that we didn't have, like a better posture for security and reliability, persistence and understanding the status of everything, because it's all as code."