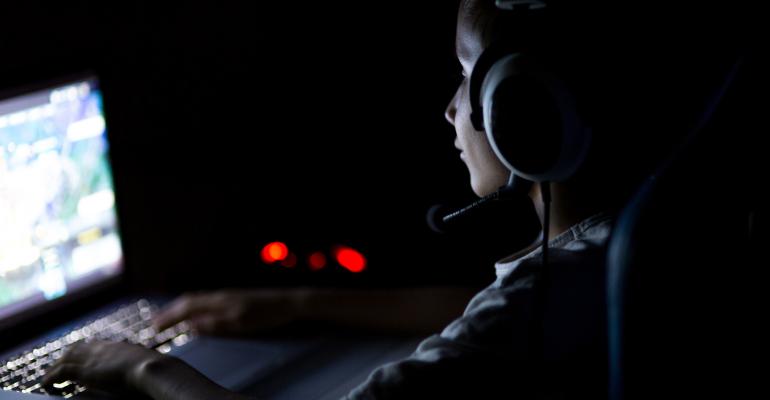 A gaming platform empowered engineers to be mindful of milestones over deadlines, and to evaluate and refresh its own technology stacks during a successful Google Cloud migration.

The rise of cloud gaming has caught the attention of investors and game developers alike. Part of the appeal is that cloud-based games are device agnostic and can reach more players, in more places, at more times.

According to analysts at Jefferies, as of next year, 75% of new console games will be downloaded; as of right now, 40% are, so this is a big shift in how people will get their games -- and it's a big adjustment for the computing resources upon which those cloud-based gamers will be making demands. This shift will force game developers to think differently about the underlying infrastructure of their games, with scalability and latency becoming even more important. Some are considering a Google cloud migration to help them achieve these goals.

Companies like Unity Technologies want game developers to focus on creating amazing gaming experiences, not on the infrastructure required to run them. Founded in 2004, Unity is a complete game creation platform that helps game developers deliver 2D, 3D, AR and VR games across devices. Today, 60% of all AR and VR content is powered by Unity, and over 50% of all new mobile games are built on its platform.

At the recent Google Cloud Next conference in San Francisco, Unity Technologies’ director of engineering Verik Subramanian spoke of the company’s large-scale Google cloud migration, offering lessons for line of business owners to collaborate effectively with stakeholders and execute a cloud migration plan.

“Any migration is always complicated, because migrations aren’t what we do as a business,” Subramanian said. “When you start a technology business, your goal isn’t to do a migration, so it’s a rare occurrence in anyone’s lives. And it always brings with it anxiety, and a lack of understanding of what we need to push the ball forward.”

Making matters even more complicated for Unity was the global scale of the company, with offices in 30 locations around the world. An important step in starting any migration project is to map out the structure of the organization, Subramanian said. This map helped Google match a Google Cloud Professional Services team to Unity’s key locations, with a presence in Austin, Seattle, San Francisco, London, Sweden, Finland, and APAC.

Google Cloud Professional Services regional lead Som Roy works with clients in San Francisco on their large-scale migrations to GCP, and was involved in the Google cloud migration project at Unity. He said that spreading his team out this way was critical in the success of this project because when you are working on migration there must be local timezone support.

“Sometimes when issues come up, the teams can’t wait 8 hours for the U.S. to wake up and get their questions answered,” Roy said.

A cloud migration cannot be successful without pre-migration planning, establishing a foundation which includes setting up a network and security controls, training the team to execute the migration, and creating work streams that show dependencies. Both Subramanian and Roy emphasize that when it comes to a Google cloud migration, or any migration, plan twice, execute once.

“A lot of you are going to think of migration as your burden to carry, but it’s not. It’s a partnership,” Subramanian said. “Any partnership for any migration requires that you actually invest the time as part of your pre-migration strategy to really learn with the team what they have and how it works.”

In thinking about which workloads to move to Google cloud, Subramanian said that Unity took a deliberate look at its architecture and evaluated where it made the most sense.

“It became clear to us that compute was a central piece of our technology. So it wasn’t enough to just lift and shift it, we had to look at Google managed technologies and figure out what we could use there in order for us to scale,” he said. The launch of the multi-player game Apex Legends tested this scaling capability, with one million players in the first couple of days. At peak times, Subramanian said it was using 230,000 compute cores to support the load.

Unity also used the migration as an opportunity to evaluate and refresh, Subramanian said. For example, the company had been using its own Kubernetes stack, but it took the time to evaluate GKE, Google’s managed system for running Docker containers.

“What we had was essentially many isolated Kubernetes clusters, but GKE allowed us to centralize that system,” he said, fundamentally changing the way it operates as an organization.

“Today, instead of having every team figure out their own GKE, you centralize these things back to the teams that are experts in it.”

On the business side, Subramanian said it is important to empower teams -- including directors, engineers, leads --  involved in the migration to come up with solutions that will address the needs of the business.

There is a tendency when working on a cloud migration project to focus on deadlines, but Unity focused instead on milestones.

“When we have a global set of teams and our goal is to empower them, there was no way for us to pull it off by saying, ‘hey, this is the date you have to hit it by, these are all the processes that you have to follow’,” Subramanian said. “So we kind of flipped it on its end; we focused on milestones, not status, and we focused on results, not process.”

“So what that means is every team was able to own a piece of the workstream independently, all we did was create standard milestones that we could track across these workstreams.”

Subramanian cautions against treating a cloud migration like any other project that just needs to get done.

“It’s a unique and important event that sets the stage for your company. It’s not going to happen without your people, without your engineers,” he said.

If you think about the migration in terms of people, planning and empowerment, you will be successful because the right technology will come as a byproduct of that, Subramanian said.

“If you focus on letting your smart engineers be empowered and then get out of the way, and focus instead on how you can unblock them and help them get to the right tracking and milestones, they’re going to get the right results for you.”