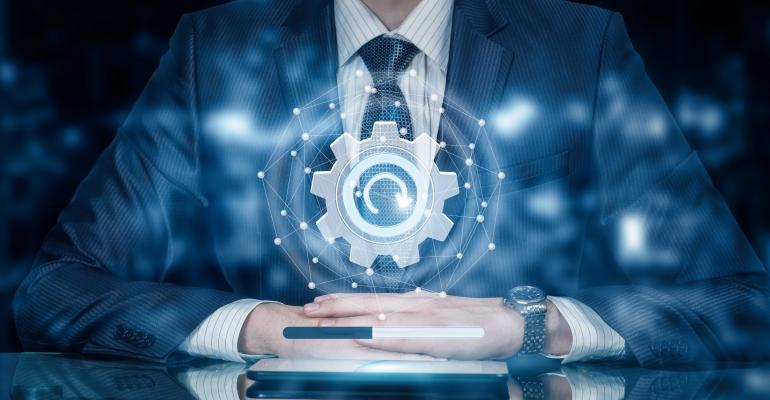 Lifecycle management for converged and hyperconverged infrastructure is a thorny problem for a variety of reasons. Products that attempt to simplify the process have arrived.

The process of keeping firmware and software components updated and compatible has always been part of IT administration, but has become more of an issue since storage arrays were put on the network and software-defined abstraction of resources became the way of the world. Making sure servers, switches and storage array software remain compatible, and clusters of “commodity” hardware maintain their scale-out flexibility, is a full-time job. Infrastructure lifecycle management is the practice of simplifying this increasingly complex update process.

In this article, we’ll talk about what infrastructure lifecycle management is, why it’s important and what various manufacturers are coming out with in the converged and hyperconverged space.

System administrators are no stranger to updates, patching and rolling software revisions. These regular “care and feeding” chores are as time-consuming (and often as tedious) as they are critical. “If it ain’t broke, don’t fix it” is a time-honored mantra in IT. But the rapid pace of software development and the increasing threats of ransomware and security breaches have made this an untenable strategy. The need for more frequent updates and upgrades is increasing.

Unfortunately, systems have gotten more complex as well. And while integrated systems –  comprehensive compute environments like converged and hyperconverged – are designed, deployed and expanded easily, after initial implementation, their software can drift.

To deal with this problem, some converged infrastructure (CI) vendors have come out with converged infrastructure lifecycle management features that simplify the update process. But CI solutions contain products from multiple vendors, a fact that makes creating a truly comprehensive lifecycle management solution difficult. Cisco partners with most CI vendors in the market. Its UCS Central can manage the versions of firmware for servers and switches, but  not storage arrays.

Dell EMC’s PowerOne series, which is composed of all Dell EMC components, has a management software layer that runs in the PowerOne Controller stack and is designed to automate the converged infrastructure lifecycle management process, as well as deployment and expansion. Life-Cycle Assist manages the firmware and software states (versions) and automates the majority of tasks associated with maintaining consistency between servers, storage and networking components.

Hyperconverged infrastructures (HCIs) have an easier time with the lifecycle management process than do CIs, since HCI software runs in all server nodes, and storage devices are integrated within these nodes. The two leading HCI systems, VMware vSAN (with VxRail) and Nutanix, both offer hyperconverged infrastructure lifecycle management solutions.

Dell EMC’s VxRail LCM also provides one-click updates to the firmware in each VxRail node in the HCI cluster. It uses a “declarative model” in which the desired state for the HCI is chosen from a list of “validated states” and used as a template for driving the update process. Validating each configuration, similar to the way CI vendors do, ensures that the firmware for each component is compatible with all other components. VxRail LCM can schedule and run the update process automatically.

VMware’s vLCM, meanwhile, is an enhancement of vSphere Update Manager that uses an image profile of firmware and drivers for server hardware and ESXi software to maintain consistency between the nodes in HCI clusters. vLCM uses the VMware compatibility guide and vSAN Hardware Compatibility List database, but also relies on hardware manufacturers to provide files for image profiles. Currently, vLCM requires that all nodes have an identical configuration.

It's clear that lifecycle management is more than just another feature for integrated systems like converged and hyperconverged infrastructures. With this proliferation of software-defined functionality, plus the velocity of software changes in modern IT environments, automating the nearly continuous cycle of firmware, drivers and software updates is becoming a necessity. The tools listed here can help system administrators and IT professionals manage that need.