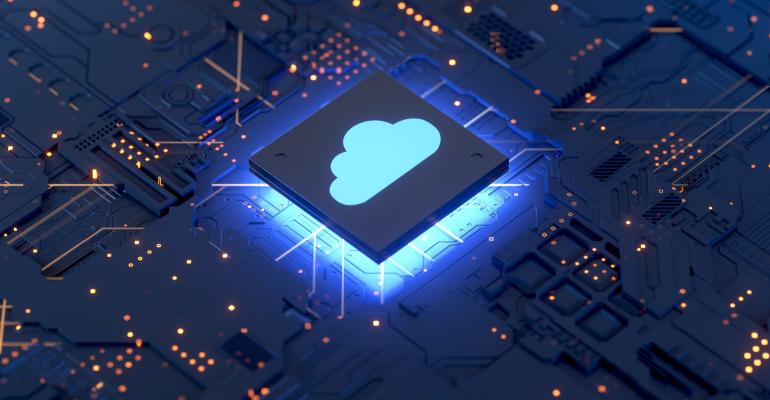 What to Expect from Cloud-Based Quantum Computing Services

Here’s a primer on what cloud-based quantum services offer, how they work and why you may or may not want to use them.

It’s still very early days in the world of quantum computing, but you wouldn’t necessarily know that by looking at public clouds service offerings. During the past couple of years, vendors like Amazon and Azure have rolled out quantum computing services that, at first glance, seem to make it as easy to run a quantum computer as it is to spin up a virtual machine or upload data.

The reality is more complicated. Although these cloud services do provide basic access to quantum computing environments, they’re not going to deliver the million-fold or better increases in computing power that quantum architectures can potentially offer.

Here’s a primer on what cloud-based quantum services currently offer, how they work and why you may or may not want to use them.

The State of Quantum Computing

Although scientists have been researching quantum computing for decades, quantum computers have enjoyed a sudden surge in fanfare in recent years, thanks to events like Google’s claim last year to have achieved “quantum supremacy.” The company demonstrated a quantum computer that performed a calculation in 200 seconds that would take about 10,000 years on a conventional supercomputer.

That doesn’t mean, however, that the age of practical quantum computing has arrived. The quantum computer that Google demonstrated remains far from being able to do anything practical. Critics also point out that, although experiments like Google’s are good at making flashy headlines, they don’t actually reflect much real advancement toward solving fundamental challenges in the field of quantum computing.

Suffice to say, then, that although quantum computing has grown into a trendy topic in the past couple of years, there is little reason to believe right now that quantum computers will be in everyday use anytime soon.

Quantum Computing Services in the Cloud

But that reality isn’t necessarily reflected in the public cloud, where providers have been rushing to outdo one another by launching quantum computing offerings in recent years.

Microsoft in 2019 announced Azure Quantum, a general-purpose cloud service for deploying quantum applications. Amazon’s equivalent, called Braket, became generally available in August 2020. IBM, too, is making a major cloud quantum play with IBM Quantum Experience, which builds on the company’s investments in quantum research (and bolsters its efforts to turn quantum computing into a money-making endeavor).

Despite its own research with quantum hardware, Google’s entry into the cloud-based quantum market has been more measured. Google Cloud doesn’t yet include a general-purpose quantum computing service, although the platform has offered TensorFlow Quantum, a library for building quantum machine-learning models, since March 2020.

The idea of being able to upload quantum software and run it just as easily as you could deploy any other type of cloud workload is certainly appealing. But the extent to which cloud-based quantum services actually allow you to do this is, for now, quite limited.

To date, the quantum cloud services offered by vendors like Azure, Microsoft and IBM boil down to a combination of two types of solutions. One uses software emulators to simulate a quantum computing environment. This type of service won't give you anything approaching quantum performance. The simulated quantum environments are hosted on conventional hardware, so your code will run only as fast as it would on a conventional machine. Still, the simulators do allow programmers to test code that they've written for quantum computers, which can help organizations get ahead of the curve if they are working on quantum applications.

The other, more interesting type of solution included on quantum cloud services is access to actual quantum hardware. The cloud vendors offer this through partnerships with companies like IonQ and D-Wave, which develop quantum machines. Using cloud services like Braket, Azure Quantum and IBM Quantum Experience, you can rent access to real quantum computers through the cloud.

The big caveat is that the quantum hardware available through these services remains very much in development. You can take advantage of real quantum hardware, but you’re not going to crunch numbers tens of millions of times faster than you could on a conventional computer. And you will still be deploying code through frameworks that abstract your access to the underlying hardware.

In other words, don’t expect to get something like an EC2 instance powered by quantum hardware anytime soon. By all indications, it will be many years before you can connect directly to a real quantum computer through the cloud.

It’s worth noting, too, that there is not even consistency in the type of quantum architectures available through cloud quantum services. Currently, most of the services are based on a combination of two types of approaches to building quantum computers. One is called gate-based architecture, while the other is a method known as annealing.

Having different quantum architectures available through cloud services is great if you want to experiment with quantum software design. But the lack of consistency also means that even within the same cloud-based quantum platform, you need to make sure any code you want to run is tailored to the specific type of architecture you’ll be using. There’s nothing approaching interoperability or universal compatibility for quantum software in the cloud.

Why Use Quantum Cloud Services?

Despite the limitations of quantum computing services that run in the public cloud, the services do offer real value. Above all, they make it easy for anyone with a public cloud account to access quantum environments. You don’t have to work directly with a quantum hardware vendor, or figure out how to set up your own quantum simulation environment, to play around with quantum software.

Nonetheless, at this point there is little reason to use these services for anything other than playing around. The day may come when they enable easy access to production-ready quantum environments, but that day is probably at least a decade away. The world needs quantum computers that can actually do something useful before you’ll see useful quantum services running in the cloud.