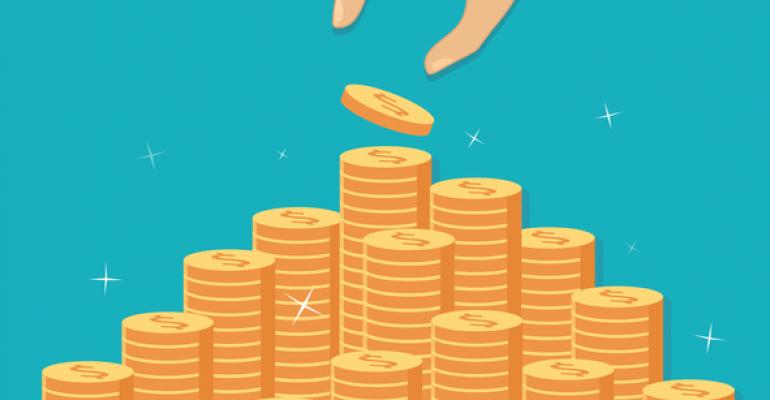 The latest public cloud service vendor earnings are in. Here's what you need to know as you look beyond the numbers.

Because of their diverse portfolios outside of public cloud services, we sorted through the numbers to bring you five highlights from their respective earnings reports.

Google Cloud hits $1 billion per quarter. In its earnings call on Thursday, Alphabet said that Google Cloud – which encompasses Google Cloud Platform and cloud productivity platform G Suite – is a $1 billion per quarter business, which, in its own estimation, makes the platform the fastest growing major public cloud service provider in the world. One seems to be the magic number for Google this quarter, as the number of deals worth over $1 million across all its cloud products tripled from 2016 to 2017.

Google CEO Sundar Pichai said that “where the momentum is really coming from is over the past two years, we’ve put a lot of effort to make sure we are enterprise scale ready. So, now we can handle any type of enterprise, any kind of regulatory complexity, security complexity and so on. And that’s evident in the business wins we are seeing.”

While the $1 billion milestone is relevant in that Alphabet hasn’t previously broken out cloud earnings (it’s part of the Other Bets division, along with Google Play and hardware products), it’s still a fraction of what AWS posts in a quarter. Revenue from AWS hit $5.1 billion, up 45 percent.

Machine learning continues to drive cloud innovation. As we predicted at the start of the year, machine learning is going to be a huge factor in driving cloud adoption and use cases. In its earnings call, Google touted its AutoML offering, which launched last quarter as a testament to its “strength in machine learning.” Google Cloud customers recently were given access to AutoML, and since its launch a few weeks ago, 10,000 customers have signed up to try it.

For Microsoft, machine learning is being applied across its cloud offerings; a new service called Insights in Excel is using machine learning to detect and highlight patterns, for example. Microsoft said its AI capabilities are part of its “architectural advantage” that helps it “address existing enterprise workloads and new workloads such as IoT and Edge AI.

In 2017, AWS made investments to catch up to Microsoft and Google in this area, making key hires and investments in product.

Hiring remains strong. Alphabet said the majority of new hires in the quarter were engineers and product managers, with the most sizable head count additions in cloud for both technical and sales roles. AWS said it will grow technical and sales teams to keep up with the pace in new services and features; a whopping 1,430 new services and features were added to AWS in fiscal 2017.

Usage: critical metric for AWS growth. Amazon told analysts during its earning call that its usage growth is growing at a higher rate than its revenue growth rate as customers add workloads and expand their public cloud service investments. Interestingly, one of AWS’ biggest customers is actually its own consumer business.

“I think AWS is also very benefited by the fact that they have a large internal beta customer that tries out and uses a lot of their products and services,” Dave Fildes, Amazon director of investor relations said. On the external customer side of things, AWS saw signficiant commitments from Disney, Expedia, CapitalOne, Honeywell and others, according to Channel Futures.

Microsoft gains most market share. According to Synergy Research Group, Microsoft has gained three percent market share over the last four quarters, compared to AWS at 0.5 percent and Google at one percent. Amazon still has the lion’s share of the public cloud service market though, and Microsoft is still a distant second.

“We fully expected a year-end boost in cloud growth rates but the numbers came in a little stronger than anticipated, which says a lot about just how robust are the market drivers,” John Dinsdale, chief analyst and research director at Synergy Research Group said in a statement. “As demand for cloud services blossoms, the leading cloud providers all have things to be pleased about and they are setting a fierce pace that most chasing companies cannot match. Smaller companies can still do well by focusing on specific applications, industry verticals or geographies, but overall this is a game that can only be played by companies with big ambitions, big wallets and a determined corporate focus.”