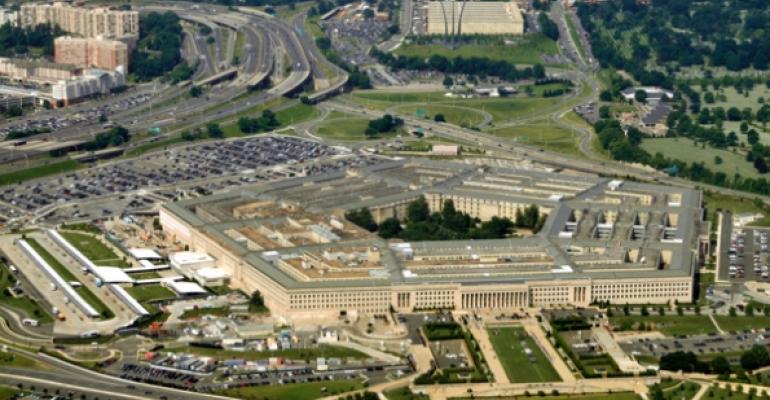 The Pentagon’s inspector general is “expeditiously” conducting an extensive review of the Defense Department’s JEDI cloud-computing project, including potential conflicts of interest and misconduct in the competition that may generate as much as $10 billion in revenue.

(Bloomberg) -- The Pentagon’s inspector general is “expeditiously” conducting an extensive review of the Defense Department’s JEDI cloud-computing project, including potential conflicts of interest and misconduct in the competition that may generate as much as $10 billion in revenue.

“We are reviewing the DoD’s handing of the JEDI cloud acquisition, including the development of requirements and the request for proposal process,” spokeswoman Dwrena Allen said in a statement Tuesday, offering the first details of the previously announced review requested by lawmakers.

“A multidisciplinary team” of auditors, investigators and attorneys is investigating JEDI matters “referred to us by members of Congress and through the DoD Hotline,” Allen said. “In addition, we are investigating whether current or former DoD officials committed misconduct relating to the JEDI acquisition, such as whether any had any conflicts of interest related to their involvement in the acquisition process.”

Allen said the review “is ongoing and our team is making substantial progress. We recognize the importance and time sensitive nature of the issues, and we intend to complete our review as expeditiously as possible.”

The inspector general intends to write a report and notify Esper, Defense Department leaders and Congress under standard protocols, she said. “We will also consider publicly releasing the results, consistent with our standard processes,” she said.

Dana Deasy, the Pentagon’s chief information officer, told reporters Friday that if Esper’s review is complete before the inspector general issues findings “we would obviously have a conversation with the IG” to assesses if there’s “reason to pause” in advance of making a contract award for the Joint Enterprise Defense Infrastructure program, or JEDI.

The contract was originally going to be awarded as soon as late August.

Trump stunned tech companies, the Defense Department and lawmakers when he openly questioned whether the pending contract is being competitively bid. “I’m getting tremendous complaints about the contract with the Pentagon and with Amazon,” he told reporters last month. Trump has often attacked Amazon founder Jeff Bezos, who also owns the Washington Post. Microsoft Corp. is the only other bidder that hasn’t been eliminated.

Oracle Corp. has spearheaded the campaign against the contract, but a federal claims court judge last month rejected its contention that the project was fatally tainted by revolving-door conflicts of interest involving people who worked at times for the Pentagon and Amazon or that the acquisition strategy was improper.