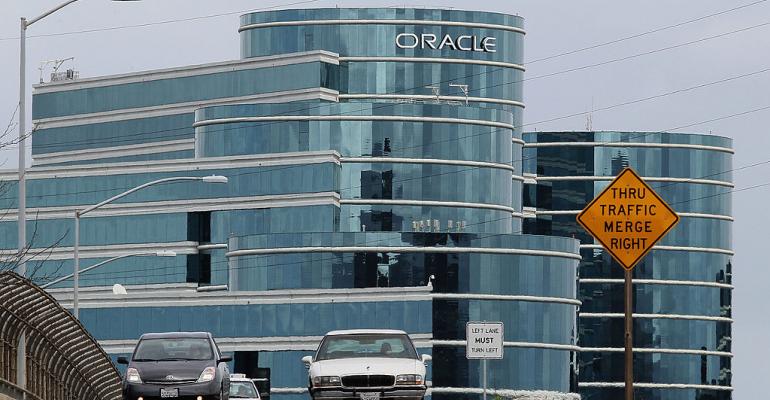 Oracle says its new VMware service provides customers with the same experience whether on its cloud or on-premises.

Oracle has launched a VMware cloud service that will allow its customers to easily move their on-premises VMware workloads to the public cloud.

The Oracle Cloud VMware Solution provides enterprises with the identical VMware user experience that they get on-premises. Through a single user interface, customers seamlessly can move their VMware-based applications to Oracle Cloud without having to modify them, Clive D'Souza, senior director of Oracle Cloud's infrastructure engineering, told Data Center Knowledge.

"They can migrate to the cloud, burst to the cloud during peak times, and move workloads back and forth," he said.

The new service, previously announced at last September's Oracle OpenWorld conference, launched on August 6 and is now available in all global regions and for customers of Oracle's on-premises cloud product, [email protected], in which Oracle installs hardware onsite, giving customers the ability to run the Oracle Cloud within their own data centers.

IDC analyst Gary Chen told us the partnership between Oracle and VMWare is a win for both companies.

"With VMware, they want to be in every cloud that customers are," he said. "They started off with Amazon Web Services, and then added Microsoft Azure and Google Cloud. Oracle Cloud is another cloud to check off the list."

For Oracle, the partnership better positions the company to capture revenue from the hybrid-cloud trend.

Chen pointed out that Oracle and VMware have many joint customers, and that new Oracle Cloud VMware Solution could be attractive to those customers.

“VMware is the infrastructure underneath for a lot of Oracle workloads, and those workloads over time can evolve to use the Oracle Cloud,” he said.

“Oracle gets the use of their cloud and potentially future usage of other services within the Oracle Cloud,” Chen said.

D'Souza agreed. About 95% of Fortune 5000 companies use VMware and a large percentage of them also use Oracle databases, he said. About 80% of these Fortune 500 companies are not in the cloud today, so there is a lot of opportunity for Oracle.

The Oracle Cloud VMware Solution is based on VMware's Cloud Foundation infrastructure software stack, and provides customers access to VMware's vSphere server virtualization software, NSX virtual network software, and vSAN virtual storage software. Oracle customers using the new VMware service on Oracle Cloud get complete access and control of their VMware environment, including control of which versions of vSphere they use. Customers can begin with three nodes and scale out to 64 nodes per cluster across multiple clusters.

The new cloud service, which integrates with VMware at the network layer, is extremely easy to use, D'Souza said, noting that customers can use the same VMware tools they use to manage their VMware environment on the Oracle Cloud. For example, they can use VMware vCenter to manage their VMware workloads both on-premises and on the Oracle Cloud, and they can use VMotion to migrate workloads back and forth.

In addition, customers get one unified bill from VMware and Oracle.

Deployment is also quick. D'Souza said that customers who want to migrate their VMware-based apps to the Oracle Cloud VMware Solution can deploy their first instance in the cloud within two hours and 45 minutes.