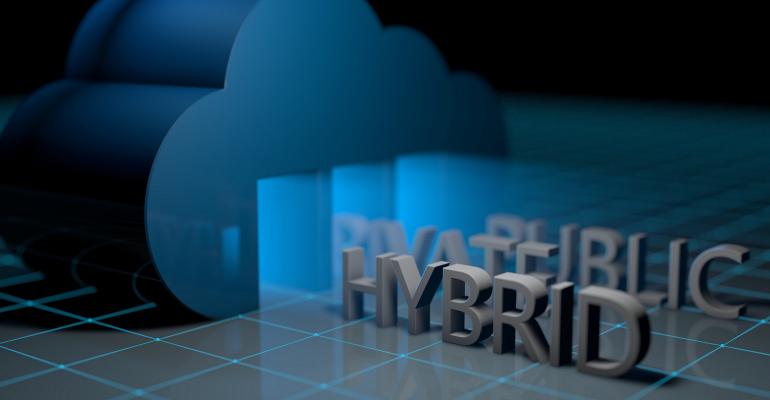 After 109 years of business, IBM's new CEO sees the future of the company in hybrid cloud adoption.

At his first day on the job as IBM's new CEO, Arvind Krishna made it very clear that Big Blue is all in on the hybrid cloud.

Krishna's official first day as IBM's CEO was April 6, succeeding outgoing CEO Ginni Rometty. Krishna's focus on the cloud shouldn't come as a surprise — after all he had been leading much of IBM's cloud efforts since 2015.

The goal that Krishna has set for IBM is to make it the most trusted technology partner of the 21st century.

Why Hybrid Cloud Is the Key

Krishna noted that IBM already has a solid position in the middleware, mainframe and IT services markets, which serve as three pillars for success, but he wants hybrid cloud to be the fourth. He believes IBM already has the fundamentals in place with what he referred to as a flexible and cost-effective approach to the hybrid cloud.

A key part of Krishna's plan for hybrid cloud success is defining the right architecture.

IBM acquired Red Hat in a $34 billion deal in 2019. Within weeks, IBM had already made clear its focus on the hybrid cloud, announcing a series of new managed services to help organizations adopt the cloud. Red Hat's former CEO Jim Whitehurst is now an IBM president leading strategy for the company's cloud efforts.

IBM Cloud as of May 1 is also getting a new leader, with Bank of America executive Howard Boville taking the lead.

IBM Lags Behind Others in the Cloud Market

According to Synergy Research Group, IBM holds the No. 4 spot for global market cloud market revenue, behind Amazon, Microsoft and Google.

While IBM is not a leader in the public cloud space, it has been able to differentiate its cloud solution with its hybrid cloud approach. Dave Bartoletti, vice president and principal analyst at Forrester, told ITPro Today that IBM embraced the concept of the hybrid cloud — building and deploying each app on the best mix of cloud and on-premises platforms — early on and deepened that commitment with its acquisition of Red Hat.

Red Hat OpenShift is a container-based development environment that helps companies build cloud-native apps faster, drive up infrastructure efficiency and tackle the challenge of modernizing legacy applications, Bartoletti said. OpenShift is available in multiple deployment models across customer data centers and public clouds, and as a managed service in the IBM Cloud.