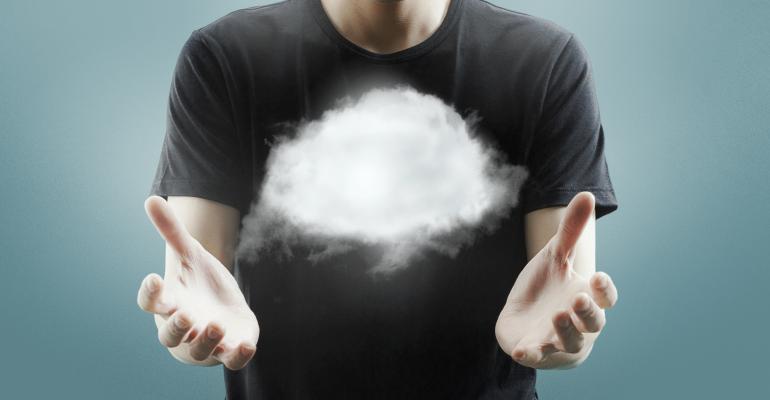 Desktop in the Cloud: The Pros and Cons of DaaS in the Age of COVID-19

Desktop in the cloud would seem like a good solution for remote workers, but there are still many drawbacks to the DaaS model.

Desktop as a service, or DaaS, is a kind of “desktop in the cloud” that vendors have been offering for the better part of a decade. Although for most of that time DaaS remained a relatively obscure solution, pandemics have a way of changing trends like this. Now, as more businesses strive to build IT infrastructures that allow employee workstations to be accessed from anywhere, it’s likely that DaaS is looking more attractive to many companies.

That said, DaaS is no silver bullet. The desktop in the cloud model comes with drawbacks that are critical for IT teams to understand before turning to DaaS as a way to future-proof their infrastructures against disruptions that make access to local PCs unfeasible.

Desktop as a service (not to be confused with data as a service, which sometimes also lays claim to the DaaS acronym) refers to cloud services that host virtual instances of a desktop operating system that users can access remotely. Leading options include Amazon WorkSpaces, Azure Windows Virtual Desktop and Citrix Managed Desktops.

In a way, DaaS is a variant on the relatively old concept of thin clients, a model that involves using central servers to host some or all of the resources required to run desktop environments on PCs. In conventional thin client setups, those resources are hosted on a local server and delivered over a local network. In DaaS, they move to the public cloud and are consumed via the Internet.

Because it comes with the reliability and universal-accessibility promises of the public cloud, DaaS has been hailed in the past as having the potential to kill traditional PCs and finally bring thin client architectures mainstream.

That hasn’t happened, obviously. Traditional PCs are alive and well--I’m using one right now, and perhaps you are, too.

Nonetheless, part of me wishes I had a desktop in the cloud solution available to me, particularly in the uncertain times in which we now live. DaaS offers a range of attractive advantages in an age when unforeseen disasters have wreaked massive havoc on IT infrastructures. Those DaaS benefits include:

By these measures, you’d think that everyone would be flocking to DaaS services today. But so far, there is not a lot of evidence that that is happening. I’d wager that desktop in the cloud usage has increased thanks to the pandemic (and it’s certainly being touted by analysts as a key ingredient in workforce resilience), but I suspect that conventional PCs will remain popular going forward, too.

That is because DaaS still suffers from some key disadvantages:

1. You need a network connection (and a fast one).

This is one reason why a desktop-in-the-cloud solution may not be perfect for all work-from-home scenarios. Not all employees have reliable and fast home internet connections at their disposal.

Although DaaS allows workstation applications and data to be hosted in the cloud, users still need some kind of device to connect from. Ideally, that device will provide a large screen and traditional input devices so that it can emulate the conventional desktop. Mobile devices don’t really work well as endpoints for accessing a DaaS service.

This means that businesses must still ensure that employees have access to a laptop or desktop if they use desktop in the cloud. By extension, they must handle the security and maintenance responsibilities that come with offering this hardware.

This is not to say that DaaS has no benefits to offer from the perspective of hardware management. It does make it easier to swap out one device for another, because there is no need to provision each user’s laptop or PC for his or her specific needs; rather, the devices just need to meet a minimum set of requirements necessary to connect to the desktop in the cloud service. Issues like failed local hard drives are also less problematic because they don’t entail the loss of the user’s data if it is hosted in the cloud.

3. TOC depends on a variety of factors.

Like most cloud services, DaaS obviously comes with a cost in the form of fees paid on a monthly basis to cloud providers.

Whether the total cost of ownership of a DaaS-based workstation solution is less than a conventional one depends on a variety of factors. However, given that DaaS leaves businesses on the hook for providing some kind of device to connect with, it doesn’t eliminate one of the biggest expenses: workstation hardware supply and maintenance. It might reduce that cost somewhat, but not enough to offset the added expense of DaaS service fees in many cases.

4. Licensing is still a factor.

It’s worth noting, too, that desktop in the cloud requires users to have valid licenses for the operating systems that power their DaaS instances. Since most DaaS workstations run on Windows, this means businesses need to purchase Windows licenses. Most modern DaaS services allow them to do this either by building licensing into the DaaS fee structure or by allowing users to “bring their own license.”

Either way, though, you still end up paying licensing fees. You’d do that with conventional desktops, too, of course, but this is another way in which DaaS doesn’t really offer any advantage over traditional workstation architectures.

Conventionally, DaaS has not been an area where IT professionals have gained a lot of expertise. It’s not usually covered by generic cloud training and certification programs. For that reason, many in-house IT teams may lack the skills to roll out a desktop-in-the-cloud solution easily.

Nor is DaaS a type of service that fits well within the traditional service models of MSPs, who tend to provide IT support for small and midsize businesses. The fact that DaaS services are rather pricey on their own makes it hard for MSPs to take a cloud vendor’s DaaS platform and build it into a profitable managed service offering without charging rates so high that the MSP’s clients may not deem the solution to be worth the cost.

To be sure, corporate IT teams and MSPs can learn how to use desktop in the cloud effectively. However, unlike many other types of technologies, DaaS is not the type of solution that many of these people already know well and are eager to start deploying for the businesses they support, even under the current circumstances.

6. You really have to trust the cloud.

Finally, desktop in the cloud requires businesses to place an enormous amount of trust in the cloud. It’s one thing to host server instances or data in the cloud, as businesses have been doing through traditional IaaS services for years. It’s another to place every last bit of your employees’ data and applications in the cloud.

Not only does this pose potential compliance and security challenges, but it also means that the cloud that hosts your DaaS service becomes a single source of catastrophic failure for the business. If you have traditional workstations that exist on-premises, you can count on them remaining available even if cloud-based services are disrupted. But when everything moves to the cloud, you no longer have that assurance.

Granted, cloud-based services are generally less likely to fail than local infrastructure. But cloud failures still happen, and a DaaS architecture that places all of your organization’s IT eggs in one basket can be particularly problematic when they do.

DaaS offers a range of benefits, especially in an age when businesses are vying to steel themselves against challenges related to remote workforces and infrastructure disruptions. But there are also many drawbacks to DaaS--so many, in fact, that it’s hard to see businesses flocking to desktop in the cloud in the way that you might expect them to in the current climate.