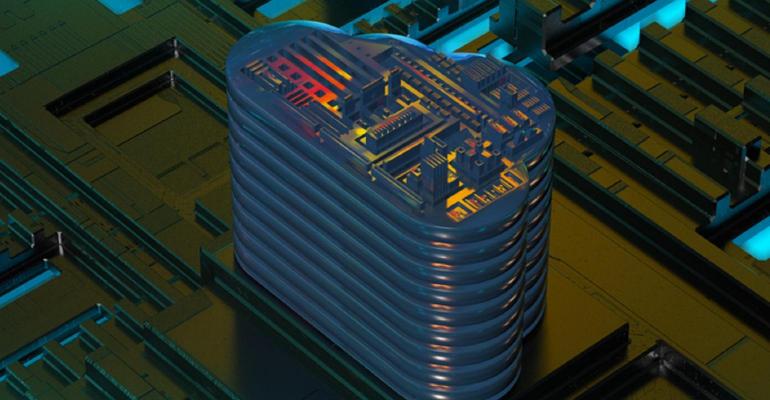 In the first of a series of articles on methods for making hybrid cloud a reality, we examine AWS Outposts, explaining how it works, how it compares cost-wise with non-hybrid AWS cloud services and who should consider it.

On paper, the public cloud is an attractive solution: virtually unlimited scalability on an incremental basis, with simple deployment and management. But issues around data governance, latency and cost have kept many workloads on-site – or prompted them to be moved back from the cloud. Now, the format that makes the most sense for the majority of companies, particularly at the enterprise level, is hybrid cloud, which combines on-premises and public cloud resources.

For the public cloud providers, hybrid cloud means something different, as they want to provide the on-prem segment as well. In this article and future ones, we’ll examine hybrid cloud options including AWS Outposts, Google Anthos, Microsoft Azure Stack and other significant alternatives as they become available. Here we focus on AWS Outposts.

What It Is and How it Works

AWS Outposts is designed to provide on-premises operation of AWS services and is not a stand-alone infrastructure. It’s literally an extension of the AWS public cloud in the data center. The Outposts stack runs the same hardware and software that AWS uses in its cloud data centers (according to Amazon) and offers the same services, tools and APIs. Technically, AWS treats each Outposts deployment as an extension of your AWS region.

To get started, an existing AWS customer would go online, select the configuration of storage and compute capacity needed, which is essentially the same process as adding compute instances to an existing AWS cloud account. Amazon personnel would deliver, install and set up connectivity to the AWS region and local networks.

The customer would then launch AWS services using these new on-site resources, just the same as it would with Amazon Elastic Compute Cloud instances running in the public cloud. As a fully managed service, Amazon monitors, patches and updates the Outposts infrastructure as well.

AWS Outposts offers a small subset of the dozens of the EC2 configurations, with options for general-purpose workloads as well as those that are optimized for I/O, compute, graphics and memory. EC2 instances run on Amazon Elastic Blast Store volumes locally, with snapshots stored on AWS S3 in the region, although, according to Amazon, S3 object storage will be available for Outposts later this year.

AWS Outposts vs. Other Solutions

Based on a simple comparison of a small Outposts compute-optimized unit with one c5.24xlarge compute instance and 11TB of storage, Outposts is about 60% more expensive than the same AWS cloud-based service (about $7,150 per month versus $4,500 for a three-year commitment), with no upfront payments. This differential drops to about 30% more for a midsize, general-purpose deployment.

AWS Outposts hardware is not a cluster of HCI-type nodes, but essentially a converged infrastructure solution. Even a minimum deployment includes multiple server chassis with internal storage devices, networking and power infrastructure all housed in a 42U rack. The system is sold by the compute instance and storage capacity, not by the number of servers or devices, the same as traditional AWS services. Outposts requires an Enterprise Support package, which includes 24/7 support within 15 minutes.

According to Amazon, Outposts provides an option for companies that can’t move data off-site or for areas where there is not an AWS region. They’re also promoting this as a solution for applications that need a low-latency compute environment. So, does this mean Amazon is going to eat the corporate data center? Not any more than the public cloud is or already has.

Amazon is an aggressive competitor (just ask the retailing industry), and this solution makes sense for it. If AWS users want an on-site infrastructure to support workloads that can’t leave the data center, Amazon is making the case that it should provide that as well. After all, it makes the majority of its own hardware, as do most of the hyperscale cloud and social media companies.

One way to compare this hybrid cloud solution with a CI or HCI cluster in your data center, using VMware Cloud Foundation to connect to AWS, is to consider your frame of reference. If you prefer to run your workloads in the AWS cloud, but need an on-premises option, AWS Outposts may make sense. However, if you’re not “all in” with AWS and the public cloud isn’t your default compute solution, this may not be the best way to go.

One this is for sure: Amazon is trying to make it easy for you to choose AWS and harder for you to leave. The question is whether in the long run companies will actually have a choice. We know from the retailing industry that Amazon makes it hard for its competitors to stay in business.