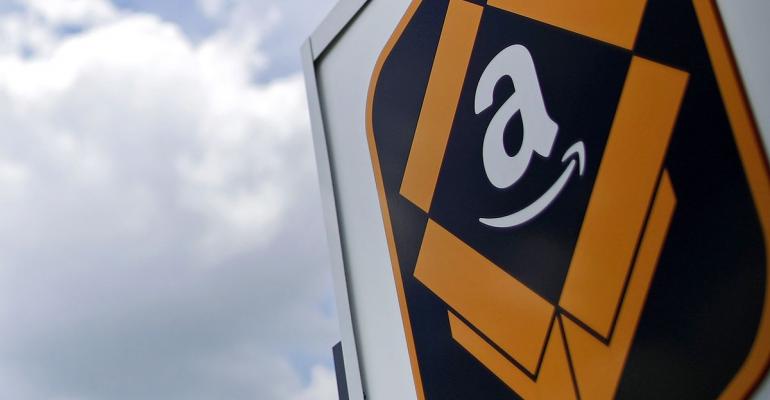 The company’s focus on cloud-computing, advertising, and other high-margin businesses continues to pay off.

First-quarter earnings were $7.09 a share, the Seattle-based company said Thursday in a statement. Analysts had projected $4.67 a share. Revenue gained 17 percent from a year earlier to $59.7 billion -- in line with the average estimate of analysts compiled by Bloomberg.

The retailer has been buoyed in recent quarters by increasing sales in cloud-computing, digital advertising, and services for third-party sellers on Amazon’s retail site, all of which are more profitable than the company’s central online business.

While profit was greater than the Street expected in the first quarter, Amazon’s forecast tempered investors’ enthusiasm. The company projected operating income in the current quarter of as much as $3.6 billion, falling short of estimates, and suggesting Amazon may be spending more than anticipated on its bets for future growth.

“They’ve kind of reaped the benefit of prior investment, but they caught up now,” Aaron Kessler, an analyst at Raymond James, said before the company’s results were posted. Amazon may have to increase investments again to spur future revenue growth, he said.

Shares gained about 1 percent in extended trading, after closing at $1,902.25 in New York. The stock has jumped 27 percent this year.

Chief Executive Officer Jeff Bezos for years pumped most of the cash generated from Amazon’s operations back into new initiatives. That led to prodigious revenue growth, but little income left over for investors. Now, with quarterly sales growth of less than 20 percent for the first time since 2015, shareholders are seeking greater profit, much of which comes from the Amazon Web Services division, which leads in the growing market for selling computing power and data storage.

AWS revenue gained almost 42 percent from a year earlier to $7.7 billion. The unit’s operating income was $2.2 billion, or 50 percent of Amazon’s total.

Sales in Amazon’s “other” segment, which is mostly advertising, increased 34 percent, to 2.72 billion. The company’s digital advertising franchise has grown into the third largest in the U.S., trailing only Alphabet Inc.’s Google and Facebook Inc., researcher EMarketer estimates.

The company kept a lid on spending in the quarter ended March 31. Shipping costs, a key line item for a company best known for delivering packages, totaled $7.3 billion. That’s a gain of 21 percent from a year earlier, but well below the pace of the increases seen in recent years.

During the quarter, Amazon started encouraging people who pay for Amazon Prime membership and its free two-day shipping perks to concentrate their deliveries in a single day, a move that lets the company consolidate expensive deliveries.

Spending on technology and content, which is primarily the cost of payroll for research-and-development work, and expenses to stow, pack and ship inventory, grew at a slower pace than in recent quarters. Amazon’s headcount increased 12 percent to 630,600 employees.