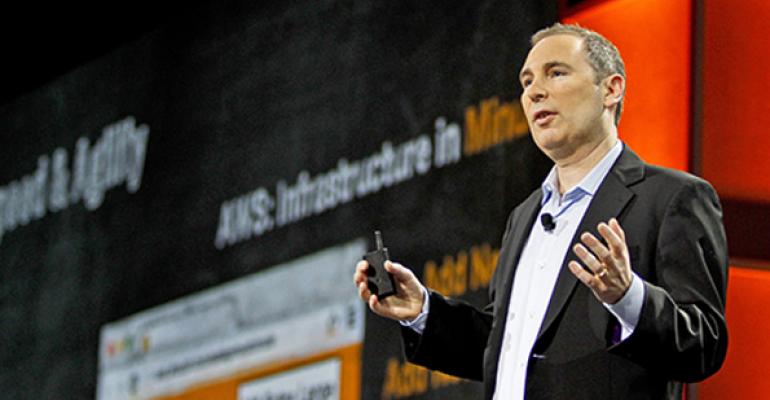 Incoming CEO Andy Jassy cuts a low profile outside of the wonky world of cloud computing. But for much of the last decade he’s been arguably the most important person in the tech industry.

(Bloomberg) -- Incoming Amazon.com Inc. Chief Executive Officer Andy Jassy cuts a low profile outside of the wonky world of cloud computing. But for much of the last decade he’s been arguably the most important person in the tech industry.

The unit he leads, Amazon Web Services, has reshaped how companies buy technology, by simplifying computing services into their component pieces and offering them essentially for rent over the internet. The business was initially dismissed by enterprise software giants like Oracle Inc. before that company and others quickly sought to emulate elements of AWS’s strategy.

In the same earnings report in which Amazon said Jassy, 53, would succeed Jeff Bezos later this year, the company reported that AWS pulled in $12.7 billion in sales in the fourth quarter, making the unit a $50 billion business on an annual basis.

“Andy brings the first principles thinking that has always been a part of what’s made Amazon successful -- deeply trying to understand the end customer, creating building blocks by which other people can build and than being good at rapidly iterating,” said Matt McIlwain, a managing director with Madrona Venture Group in Seattle, who has closely tracked Amazon’s rise. “He watched how Jeff approached problems. That’s very important because there a lot of things that are deeply embedded in the culture of Amazon.”

Amazon shares were largely unchanged in New York on Wednesday.

Jassy has led AWS since before the launch of its first major services in 2006. Cloud computing was not a natural area for Amazon, then almost exclusively an online retail company. But Amazon’s expertise in creating digital systems and running its own sometimes-cumbersome technology, gave Bezos, Jassy and other executives confidence that they could come up with an answer to problems confounding other big corporate technology buyers.

AWS’s early customers were primarily startups, and Amazon built the business through trial and error quietly, tucking the unit into a catchall category in financial results. By the time Amazon disclosed the unit’s revenue in 2015, AWS was already on its way toward unseating business technology incumbents. Researcher Gartner Inc. estimates Amazon had a 45% market share in infrastructure as a service as of 2019, its most recent data.

Jassy joined Amazon in 1997, after attending Harvard Business School. Early in his career, he served as the first technical adviser to Bezos, a sort of chief of staff role that had him sitting in on all of the top executive’s meetings and providing counsel on a wide range of issues.

Whether by nature or that experience as Bezos’s “shadow,” Jassy is uncannily similar to his boss, current and former colleagues say. He has instituted Amazon’s preference for rigorous data-driven decision-making throughout AWS and has been known to intervene in meetings when executives go on tangents unrelated to pleasing the customer. Colleagues say he’s precise and can recall small details from long-ago meetings.

Jassy is also known as an occasional micromanager on projects close to his heart, another trait he has in common with Bezos. His challenge as CEO will be to understand the consumer and logistics parts of the business as well as he knows AWS.

Jassy over the years has shown a passion for social and philanthropic issues not often associated with Amazon’s sometimes single-minded founding CEO. He has long devoted time to a Seattle nonprofit that helps low-income students get into top schools. As homelessness became an all-consuming issue in Amazon’s hometown, Jassy quietly joined the company’s local city council member in walking the city during the one-night count designed to tally the scale of the crisis.