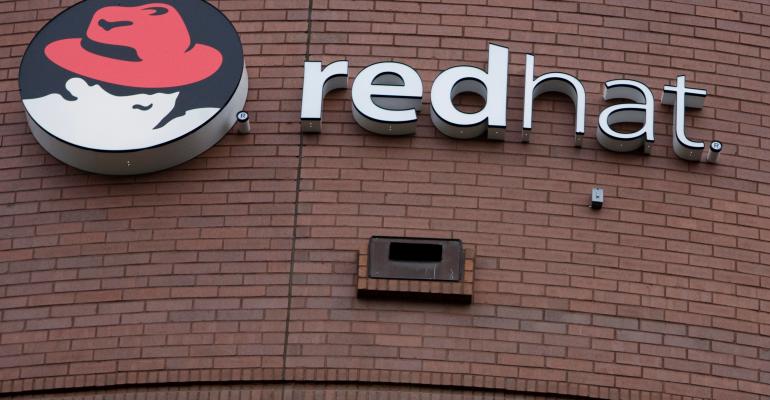 Cormier Steps Down, Hicks Steps Up as Red Hat CEO

Less than two-and-a-half years after becoming Red Hat CEO, Paul Cormier has resigned from the role. Cormier will remain onboard as the company’s Chairman.

Wow! That was quick! Already, there's a new person holding the reins at Red Hat.

Related: AlmaLinux Build System: What You Need to Know

While we don't yet know why Cormier decided to resign, we do know that he isn't leaving Red Hat. He'll be sticking around as Chairman, which will entail working closely with IBM Chairman and CEO Arvind Krishna.

"As Chairman, I’m excited to get to work with our customers, partners, and Matt in new ways," Cormier said in a statement. "My focus moving forward will be on helping customers drive innovation forward with a hybrid cloud platform built on open source technology."

A Long History at Red Hat

"At the time, we didn't even realize the long shot we were taking," Cormier said in a 2020 interview published by Red Hat. "The people who were here during that period sometimes forget the leap we took, and there’s a lot of people who are at Red Hat now who don’t understand what a big moment that was in our history. We literally stopped our product line. We were a publicly traded company and we said, 'We're not going to sell anymore retail. We're going to stop Red Hat Linux.' "

"It was during my first year with Red Hat, and I remember talking to our then-CEO and essentially asking him to bet [on] our approach on RHEL," Cormier said in the 2020 Red Hat interview. "I asked him to give me 90 days to get 8,000 subscriptions. I told him that if we did 7,999, I would leave the company. That's pretty much putting your job on the line."

His time as CEO has been largely successful. For example, for the most recent quarter, Red Hat's revenue was up 21% year over year. IBM has credited Red Hat for being Big Blue's major source of revenue growth during its last several earnings reports.

The one black mark on his tenure was a public relations blunder: the removal of support for CentOS Linux, a RHEL clone controlled by Red Hat. The announcement was handled in a way that left many Red Hat watchers doubting the company's independence from IBM, which had been a major promise when IBM acquired the company.

Hicks, Cormier’s replacement as CEO, is also a Red Hat veteran, having joined the company in 2005 as an engineering team lead.

Hick’s career path has similarities to Cormier's. In 2010, Red Hat named Hicks as its senior vice president and senior director of engineering. When Cormier became CEO in 2020, Hicks took the role of executive vice president of products and technologies. Another plus in Hicks's resume: Before joining Red Hat, he spent four years at IBM as a software developer and consultant -- important since IBM is the sole stockholder of the company he now runs.

"I’ve learned a lot from Paul Cormier over the years, but the thing that I try to bring in every day is that we will have to fight for Red Hat to succeed -- it won’t be given to us," Hicks said in statement on Red Hat's website after news broke of CEO change. "That was true the day Red Hat was founded, it is true today, and it will be true far into the future."

Hicks was more visible at Red Hat during Cormier’s term as CEO than during Whitehurst’s. At Red Hat Summit, which has largely been online-only due to the COVID-19 pandemic, Hicks would take the stage following Cormier’s opening keynote and be the face of announcements for new products, projects, and partnerships.

"When I first joined Red Hat, I was passionate about open source and our mission, and I wanted to be a part of that," Hicks said in a Red Hat press release. "I am humbled and energized to be stepping into this role at this moment. There has never been a more exciting time to be in our industry and the opportunity in front of Red Hat is vast."