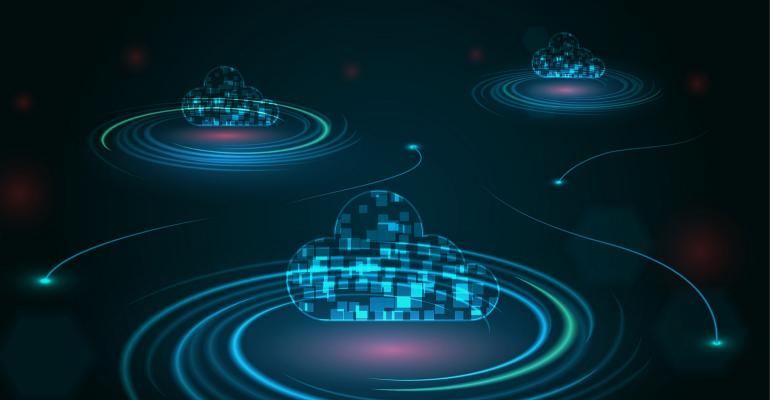 Multi-cloud offers a number of advantages over a single-cloud approach, but that doesn't mean there aren't challenges that organizations need to solve.

Multi-cloud offers users the promise of avoiding lock-in, but it also brings the reality of data sprawl. That's one of the top-level conclusions of a new CloudBolt Industry Insights (CII) report released on Feb. 22, based on a survey that was operated on the Gartner research subsidiary Pulse research platform.

In the survey, 78% of organizations reported that they are using too many cloud tools, spread across disparate teams. All those tools lead to cost visibility challenges, with 80% of respondents admitting that they don't have full insight into the cost of all the cloud tools their respective organizations are consuming. Eighty-eight percent of respondents reported that they wanted some form of overarching tool that can help them to deal with multi-cloud challenges.

Related: There Are Many Answers to the ‘What Is Multicloud’ Question

"Based on what we’ve been hearing from prospects out in the market, we knew that many companies were beginning to struggle with islands of automation across their enterprises," Jeff Kukowski, CEO of CloudBolt, told ITPro Today. "We also frequently heard about how companies had too many tools and platforms to manage, and many companies constantly raised full cloud-related visibility as being a very real challenge."

Getting Value from Multi-cloud Is a Clear Challenge

As part of the research, respondents were asked to what extent they agreed with the statement that their organizations are approaching a wall using existing platforms and tools to achieve cloud objectives and the tools that helped in the past won’t be enough for the future.

Kukowski noted that 76% of respondents agreed that they are hitting a wall, while 16% neither agreed nor disagreed. That leaves only 8% who believe they are getting the value they need from the cloud and are well-positioned for the future.

"We knew enterprises were having difficulty with cloud optimization, but even we were surprised the numbers were this high," he said. "Based on that, it’s clear we’ve reached a critical inflection point in the evolution of the cloud."

Why Visibility Is a Hard Multi-cloud Challenge to Solve

Among the key multi-cloud challenges is having visibility across all tools for both usage and cost. The study found that only 10% of IT leaders were satisfied with the visibility they had into their cloud architectures.

Each of the major cloud vendors has decent cost management tools that provide visibility into cloud spend with their respective platforms, according to Kukowski. That said, when an organization goes multi-cloud — utilizing more than one cloud vendor across the enterprise — it takes a lot of manual work to stitch it all together, he added.

"Multiple tools create multiple data sets, likely being collected and analyzed by different people, and then multiply that by the number of siloed development teams across the organization using multiple clouds," Kukowski said. "When you have multiple static views of siloed departments, it becomes a byzantine task to aggregate and analyze all that data."

Multi-cloud deployments also come with security challenges. Seventy-eight percent of survey respondents said their approaches to multi-cloud have led to security vulnerabilities including shadow IT and unsecured workloads.

"When you have a patchwork of platforms, tools, applications, and services — with shadow IT thrown in the mix — and you can’t see and manage it all from a single location, it essentially means the left hand doesn’t know what the right is doing," Kukowski said.

"When AWS went down recently, having the ability to spin up other services to cover the loads to ensure continuity was good insurance," he said. "Few companies want all their eggs in one basket."

Each cloud provider has strengths and weaknesses depending on use cases, and different cloud consumers across the enterprise have different needs and preferences, Kukowski said. Organizations need to be able to run workloads on whichever cloud is best-suited to handle them and is the most cost-effective, with the ability to seamlessly transition between them, he said.

"Doing all of this with a growing patchwork of different tools and platforms with no unified visibility or interoperability between them may have worked up until now, but it won’t work in the new cloud order," Kukowski said.