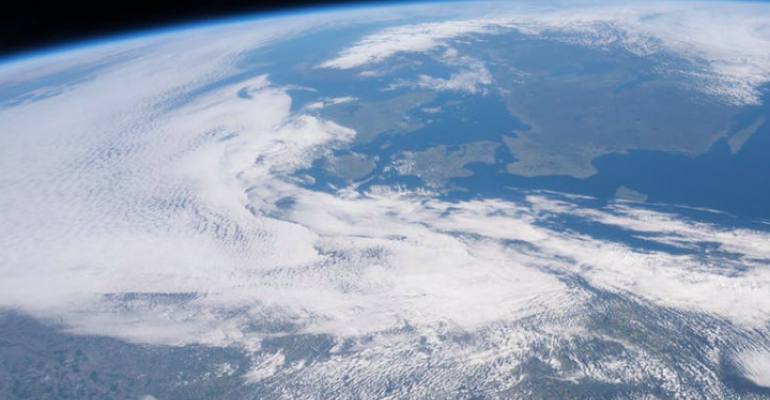 5 Things to Look for in a Portable Hard Drive: Lessons Learned in the Field

You may not need to consider zero gravity when evaluating portable hard drives, but lessons learned from the field can inform all buying decisions.

As someone who spends the bulk of his time on the road, I depend heavily on mobile computing devices and portable hard drives. Of course, some drives hold up better than others against the rigors of travel. As such, I wanted to pass along some of the lessons that I have learned over the years.

Lesson No. 1 is that there is a big difference between an external drive and a portable drive, even though both generally support USB connectivity.

External drives typically consist of a plastic case that houses a 3.5-inch desktop hard drive. These drives also require an external power supply. A portable drive, on the other hand, usually contains a 2-inch laptop hard drive and can be powered directly by the USB connector.

An external drive is theoretically faster than a portable hard drive because it has a faster rotation speed. (I will talk about solid state drives later on.) Even so, I have found that external drives are not desirable for use on the road. After all, they are bigger and bulkier, and they require external power. Electrical outlets can be tough to come by sometimes.

More importantly,laptop hard drives tend to be more durable than desktop drives. Desktop hard drives are designed around the assumption that they will be mounted in a PC that will spend most of its time in one spot. Laptop hard drives, meanwhile, are designed to survive a few bangs and bumps. For example, some manufacturers build accelerometers into the drives. If the accelerometer detects that the drive is in free fall (because it has been dropped), it will attempt to park the heads before impact to minimize the chance of damage.

Another consideration when selecting an external hard drive is OS support. Most of the portable hard drives that are being sold today are pre-formatted for either PC or Mac. I actually never gave a lot of thought to this until a trip to Canada last year.

On that particular trip, I was testing a spacesuit in zero gravity. There is a jet that flies a parabolic trajectory, giving you about 20 seconds of zero gravity in the descent phase of each parabola. My job on the flight was to wear a spacesuit, and see if I could operate various systems with the suit pressurized while weightless. A videographer on the team captured the flight on video for scientific evaluation, but I wanted a copy of the video as a souvenir of the flight.

Unfortunately, my portable hard drive was formatted for PC, and the videographer was using a Mac. His computer could read, but not write, to the hard drive. I had to run out to the store in the middle of the night to find a Mac hard drive. The point is that sometimes the drive’s formatting matters, especially when you are sharing data with other people.

There isn’t a lot to say about capacity, other than that bigger is better, and that I often find that I need more space than expected. This was especially true last spring when I took a 360 degree video camera (a Gopro Fusion) onboard a space capsule during a training exercise. The Fusion records video to two memory cards simultaneously, and that video later has to be stitched together to form the 360 degree video. Each segment that I shot filled two 128 GB cards. Once stitched however, those segments were half a terabyte each! The 5 TB drive that I had brought along wasn’t big enough to accommodate all of the video.

When you purchase a portable hard drive, you often have a choice between HDD and SSD. SSD drives are probably best known for their performance, although the USB connection prevents optimal performance from being achieved. Putting speed aside however, SSDs have the advantage of not having any moving parts. That makes them well suited to travel because they aren’t as fragile as rotational media.

SSDs may also work where HDDs won’t. I have a friend who is currently doing high-altitude research and is forced to use SSDs because HDDs do not function properly under the conditions required by his research. It is also worth noting that SSDs have been used in all of the microgravity flights that I have been involved in because the high G portion of the parabola is hard on HDDs.

I have never been one to get hung up on brands. When it comes to hard drives however, there are certain brands that have stood the test of time. Given that a hard drive failure on the road would probably mean the loss of irreplaceable data, I would much rather buy a hard drive made by a well-established brand than to save a few bucks and get a drive made by a company that I have never heard of.