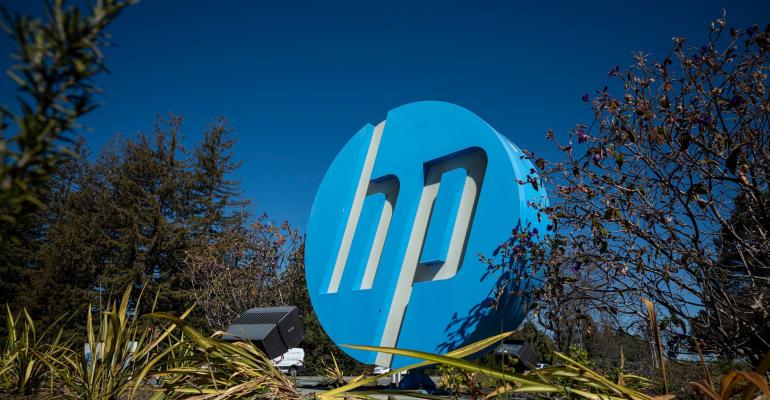 HP’s higher mix of commercial PCs has served as a shield from the plunging consumer market in recent months, but the company is also starting to see a slowdown in business demand.

“Like many other companies, our revenue has been impacted by worsening consumer demand that we expect is going to continue is Q4,” Chief Executive Officer Enrique Lores said in an interview. “This situation will probably last for a couple more quarters.”

Revenue generated by the Personal Systems division -- including PCs -- dropped 3% to $10.1 billion in the period ended July 31. While sales to consumers fell, commercial revenue increased 7%. Total unit shipments tumbled 25%, with notebooks down 32%.

HP’s higher mix of commercial PCs has served as a shield from the plunging consumer market in recent months, but Lores said the company is also starting to see a slowdown in business demand. This phenomenon contributed to the forecast reduction, Lores added. 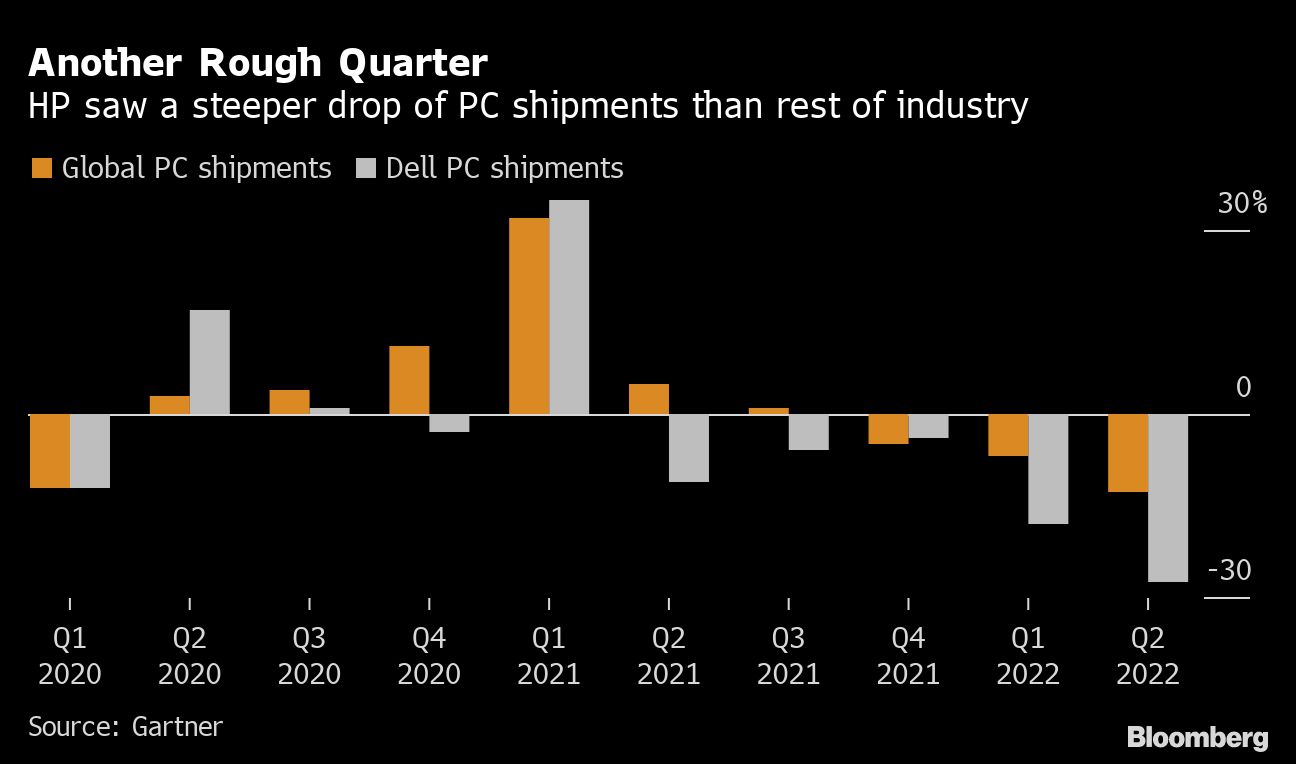 PC demand, which boomed early in the pandemic, has fallen off as schools reopened and economic sentiment soured. Global shipments declined 13% from April to June -- the worst quarter in more than nine years, according to Gartner Inc., an industry analyst. HP experienced a drop of more than 27%, the worst of any company tracked by Gartner.

In the quarter, printing revenue fell 6% to $4.6 billion, missing analyst estimates of $4.8 billion. The segment continues to be hurt by supply-chain shortages and backlogs, Citigroup analysts Jim Suva and Asiya Merchant wrote before the earnings were released.

Profit, excluding some items, was $1.04, one cent below estimates. The company has been focused on cutting costs in recent years, Lores said.

The shares declined about 5% in extended trading after closing at $31.10 in New York. The stock has dropped 17% this year.

Earlier this week, HP completed its $3.3 billion deal for Poly, the company formerly known as Plantronics Inc., which sells phone headsets and other audio and video accessories. The acquisition is a bet on the lasting demand for remote work equipment.