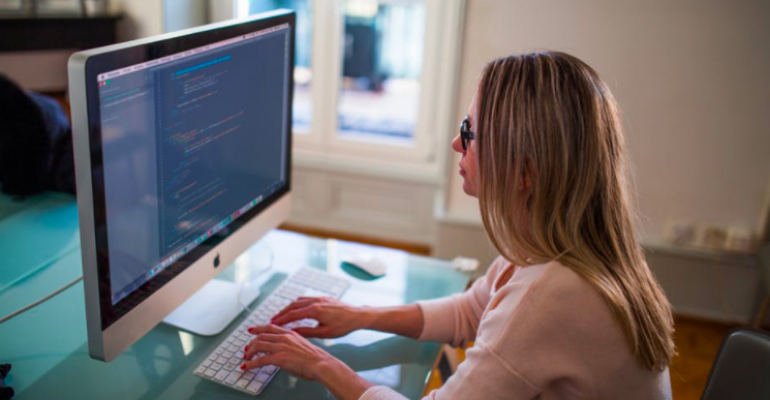 Why Go, Python, Scala, Ruby and C are excellent programming languages for DevOps teams (and why JavaScript is not).

This article identifies and discusses several top programming languages that align well with the goals of DevOps. The best DevOps programming language for your organization will depend on specific needs and goals, but, in general, the languages described below help to make goals like CI/CD and scalability easier to achieve.

If you want to succeed at DevOps, you should be concerned with achieving the following characteristics in your applications and software delivery processes:

When selecting a programming language for your next application, look for a language that makes it easy to achieve these characteristics.

5 Top Programming Languages for DevOps
Our list of languages that align particularly well with DevOps goals is not comprehensive. Of course, there are many other languages out there that are good candidates for DevOps. And it's good for engineers to know multiple languages.But these are among the most popular and widely used languages that hold up well in a DevOps-oriented workflow.

Golang, the programming language better known as just Go, is a relatively new language, having made its public debut in 2009. It originated just as DevOps was starting to become a thing. As a result, Go and DevOps have grown up side by side in many respects.

Today, Go is a great choice for DevOps for several reasons. Built on C, Go offers excellent performance. Go also was designed to take advantage of concurrency, another performance booster. And Go is highly portable. Although it's a compiled language, you don't have to worry about dependencies when compiling Go applications, so you can build them quickly.

Probably the only major disadvantage of Go is that it's still a young language and so may be unfamiliar (for now, at least). It may impose a learning curve on some DevOps engineers.

Python has been around since the 1980s and is a very well known language by now. As a scripting language, it's quite useful for tasks like managing infrastructure. But don't discount Python's value as an application programming language. The vast libraries of publicly available Python modules make it easy to get up and running quickly with Python without having to write redundant code yourself.

Python also enforces good programming practices through its stylistic requirements, which helps to ensure that code written by one person will be intelligible to another--an important feature in a DevOps world, where visibility is supposed to be continuous.

Finally, Python is probably one of the most versatile languages out there. It's a highly adaptable language that is now being used everywhere from Internet of Things (IoT) programming to big data. It's a safe bet that Python will continue to evolve to meet the needs of whichever programming workloads your DevOps team faces in the future--and that's an important advantage when agility is a goal.

If you like Python, chances are good that you'll also like Ruby. Although infrastructure management is perhaps the top use case for Ruby, it is similar to Python in that it lends itself to a wide variety of use cases. And it's cross-platform.

Also like Python, Ruby benefits from a large collection of community-produced modules that anyone can incorporate into applications to add functionality without having to write new code themselves.

Finally, Ruby enables a very flexible approach to programming. Unlike some other languages, Ruby doesn't expect developers to take a particular approach to writing code. You can use it for procedural programming if you want, but you can also write Ruby threads to be executed via an interpreter. It's an object-oriented language, but you don't have to use it that way if you don't want.

It's hard to write an article about the top programming languages for DevOps without mentioning Java at some point. Java is the world's most popular programming language. But, for my money, Java is not ideal for DevOps. Java applications are not particularly fast. Managing Java runtimes can create a mess for end users. In addition, it's easy for a programmer to become overwhelmed quickly by sprawling Java code that someone else wrote.

So, instead of suggesting that you use Java for DevOps, I'll recommend its better half, Scala. Scala was designed to be everything that's good about Java, without the bad parts. Scala is object-oriented, which makes it easy to create a modular codebase. Scala code tends to be much cleaner and more concise than Java, which helps multiple developers work on the same code. And because you can import Java classes and libraries into Scala applications, you can take advantage of the huge library of Java functions when you need to.

Performance-wise, Scala generally won't do much better than Java. That's probably the biggest downside of Scala. You also need a Java runtime to execute Scala applications, which is not ideal. But, if you want to do DevOps and Java is your preferred programming language, take the time to teach yourself Scala and use it instead. It will pay off in the long run.

C might not be the first language that comes to mind when you think about DevOps. Born in the early 1970s, it is one of the oldest languages that is still in widespread use today. It predates DevOps by decades.

Yet, there is a reason why C has remained popular for almost a half-century, even as different programming trends have come and gone. For one, applications written in C are fast. If you seek high performance in your applications, C is a good solution for achieving it. C also offers the benefit of being a language that most programmers already know, at least to some extent (unlike some newer languages).

C does have its drawbacks in a DevOps environment. Application binaries produced from C code are not very portable, even though the code itself is--unless, of course, you leverage of C's ability to enable low-level interaction with hardware, which is a great way to make your C applications not very portable at all. That's not a DevOps-friendly approach to using C.

C also was not designed for object-oriented programming, so it's not an good choice if you want to write highly modular code. In that case, C's cousin, C++, is a better solution.

Whither JavaScript and Node.js?
You might notice that JavaScript is not on our list of top programming languages for DevOps. Although some folks argue that Javascript (and Node.js, which lets you run JavaScript code on the server side) is DevOps-friendly, we don't think JavaScript is a good fit for flexible, high-performance programming.

JavaScript was designed basically as a client-side scripting language for Web pages. Although Node.js enables a broader set of scenarios for JavaScript deployment, and you could get away with using Node.js for a lot of different use cases, it's still not as versatile as languages that were designed to be truly cross-platform and general-purpose.

This isn't to knock JavaScript and Node.js. We like them. We just don't think they're ideal for the type of workflows typically associated with DevOps.

In case your favorite language didn't make the list, let me reiterate that, ultimately, DevOps success depends on tailoring your tools and processes to your particular needs; there is no one-size-fits-all approach to DevOps. If there's a better language for your DevOps team, more power to you.